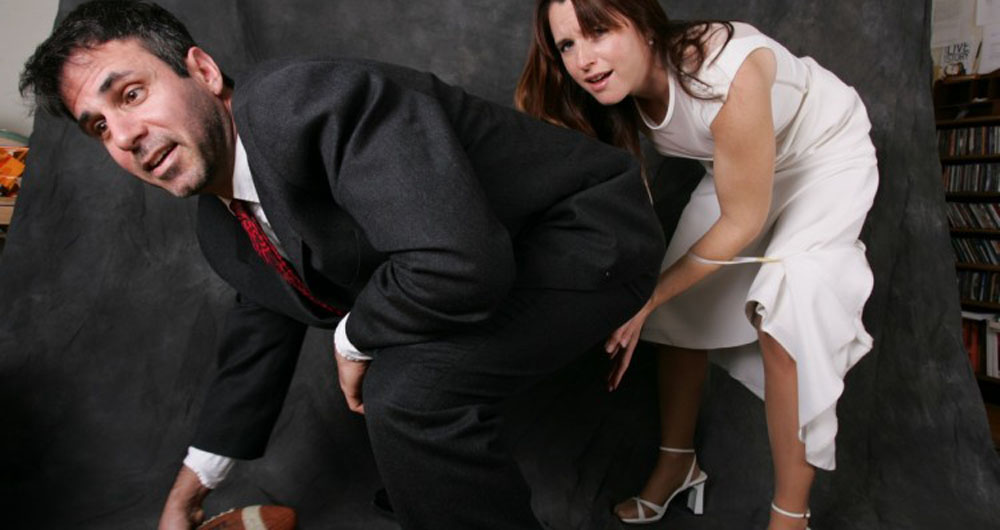 For decades, Steve Almond spent his Septembers much like any other football fan. He began his love/hate relationship with the Raiders, cheered them on in the excitement of a new season, and felt the heartbreak as the weeks unfolded and the losses kept coming, or thrilled as the team started stacking wins. These days Almond feels a different kind of heartbreak – that of losing his beloved sport to the intrusion of his conscience. He had felt pangs of it before, watching the violence of the game and reading the stories about high school, college, and pro athletes suffering permanent physical and psychological damage from their chosen sport. The breaking point happened when he came face-to-face with the type of dementia players experience in their latter years. His mother had been hit by a truck, and years later, developed a dementia that threatened her life, though thankfully it turned out to be temporary.

In his new book, “Against Football: One Fan’s Reluctant Manifesto,” Almond details this experience and explores the dark side of a game embroiled in controversy over concussions and the twin firestorms of the Ray Rice and Adrian Peterson abuse cases. It’s a highly personal account in which Almond analyses himself almost as much as he does the game of football, and decides he can no longer watch the game in good conscience. He’ll read from and discuss the book Thursday at Brookline Booksmith.

Q. To those who haven’t read the book or perhaps stopped at the title, what would you say is the purpose, what are you advocating?

A. I’m advocating that people who love football – everybody, really, but especially people who love football – really look at the whole game. I think one thing that’s very tough for everyone to do, but I think for Americans it’s especially tough, is to morally interrogate our pleasures, you know? We like to eat the sausage, we don’t like to see it made. We don’t want to see the slaughterhouse. And with football, I spent 40 years really just enjoying the parts of it I chose to enjoy without really examining them or without examining their moral cost. And this book is just me doing that, basically. Both paying homage to the game and trying to write about the experience of what it’s like to be an intense fan, and also, in a heartbroken way, trying to face everything that football is. And that’s a lot of darkness and a lot of stuff that’s both inside of me as a man and a fan, but also in the game.

And I don’t want to advocate for any particular thing like a boycott or a reform. I’d love it if those things happened out of my own personal interest in us being a less thoughtless, cruel world. But that’s not what the book is about. The book is about my personal reckoning, and my hope is that fans will start facing football for everything that it is. And once they’ve done that, then it’s up to them to do what their own conscience recommends.

Q. Do you think this argument has to be made by someone who has been a loyal, die-hard fan?

A. No, I think it could be made by anybody who just looks at what football really is, but I think it helps that I get how awesome the game is as a form of entertainment and that I can convey to people that I really am writing from inside the world of a fan, from inside the game, rather than looking down on it or dismissing without understanding how deeply it matters to fans. It’s really important. It was important to me, psychologically, emotionally. The reasons that it’s important may not be the most wonderful, but the game supplies people a great deal of pleasure and a great deal of involvement and escape and refuge. And only when you have taken stock of that and given the game its due, I think do you then earn the right to say, “and it is also these other things,” without being dismissive or biased. 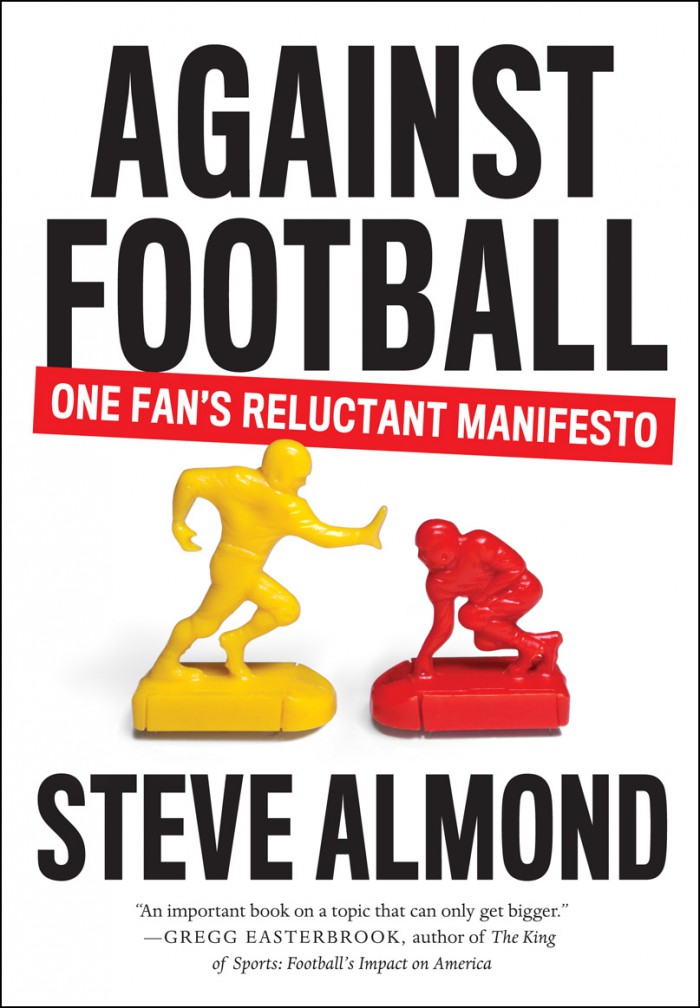 Q. I would think that this book is going to be dismissed out of hand without anybody having ever read it in a lot of cases, but do you think you have a little more leverage for people to pick up and read the argument because you’ve been a fan? You can say, “Look, I understand the appeal of it,” because they could say, otherwise, “You just don’t get it?”

A. Yeah, but I think hardcore fans who don’t want to be troubled by a moral consideration of the activity of football as opposed to just consuming it as a form of entertainment for their pleasure, this book’s going to be a tough sell for them in the first place. It’s going to have to be pressed upon them by some spouse or colleague or friend or relative who says, “Hey, I know this game means a lot to you, and I get that, but I also know that it’s troubling to me and maybe even a little bit to you, so maybe check this out. This guy seems to love football but also has some ideas and some points about everything that it is.”

In other words, I know that there’s certain fans who love football enough that they’re not going to read this book unless it’s pressed upon them by somebody. But I also think that there are plenty of people who are not fans of the game but understand that football is the biggest cultural activity in America, and that it has profound effects on all kinds of economic and attitudinal aspects of the culture that make it important to know what it’s about and how its economics work, how many hundreds of millions of tax dollars that are being spent on this thing that could be spent on dumb stuff like teacher’s salaries or better schools or infrastructure. So, my idea is we have to have a bigger conversation. Football is the biggest thing in America, and we need to have a conversation about what it really means and what it really does to us and for us.

Q. It also seems like a somewhat Don Quixote-like endeavor. It’s not as if the discussion hasn’t already been started, but it still seems like trying to convince people they should give this thing up is a particularly hard battle.

A. I’m not telling them they should give it up. I’m telling them they should look at what it really is. I disagree with you, Nick, fundamentally. I think that’s a sort of cynicism posing as realism. Moral progress is inconvenient. It is also possible. The United States was founded on the sin of slavery and eventually, through great trauma, personally and culturally and nationally, that got worked out. We ended slavery.

A. I think that’s not true either. Nick, you know, the news today tells us not just that Roger Goodell is in trouble and sponsors are getting nervous because of how he handled the Ray Rice thing, even after that, we have one of the most famous players in the league who’s been indicted on felony charges of child abuse for beating his son with a switch.

That Adrian Peterson story is not going to go away, and it’s going to be deeply unsettling. Because I think that the people in those circumstances – Ray Rice and his wife and Adrian Peterson and his family – they need support and counseling, they don’t need a media scrum and a bunch of rubberneckers. Those stories, to me, I take no joy in them, they’re very sad, the way the media treats them is sad, but they are raising the issue of the violent nature of the game and how that violence that we consume has sanctioned violence on the field, how we treat that violence off the field.

The other thing that I would say is, the NFL, after years of denying – years of denying – the link between the game and brain damage has admitted in federal court documents – and this is the front page of the New York Times, the Washington Post, every newspaper in America – they have admitted in court documents, federal court documents, yesterday that up to one out of every three players is going to suffer some long-term cognitive ailment. That is completely unacceptable in any other workplace, even if it was one out of six, even if it was one out of ten, there is no other workplace that we would say it is acceptable that it’s that violent and dangerous an undertaking. After all, Nick, this is a form of entertainment. It’s not a coal miner who’s supplying a precious resource. It’s not troops who are protecting the homeland or, whatever, protecting our interests. It’s a game.

Q. You said that, [in regards to Teddy Roosevelt’s reforms of the game], “the excessive savagery of football’s origins became the engine of its transformation.” Is that kind of thing possible now?

A. I don’t know. The fans will decide that. If it’s inherently the violence of the game that is necessary to make the game compelling, then the game might contract. Casual fans will peel off. People will say, you know what? I like the game but I don’t need to have a troubled conscience. I don’t like it that much. And there’ll be a hardcore group, like with boxing, where it’s a small group but it’s still a profitable sport. Or it could be that the game takes it serious and says, you know what? Fundamentally, we’ve got to really minimize this, and it’s not going to do it to make the kickoff, you know, to eliminate the run back on the kickoff, or tweak this or that rule. We have to figure out some way to overcome the inherent physics and physiology of this collision sport of ours. And I don’t know what that looks like, Nick, I have no idea.

Enter to win a pair of tickets to attend The Hess Collection Seminar and Dinner as part of Boston Wine Festival 2018 at the Boston Harbor Hotel on Wednesday, March 14th. END_OF_DOCUMENT_TOKEN_TO_BE_REPLACED

The Black and Gold continue their run tonight at TD Garden. END_OF_DOCUMENT_TOKEN_TO_BE_REPLACED

Who will make the Class of 2018? END_OF_DOCUMENT_TOKEN_TO_BE_REPLACED

It’s been awhile since we talked Black and Gold. END_OF_DOCUMENT_TOKEN_TO_BE_REPLACED

You’re going to wish you were in the Northern Alps. END_OF_DOCUMENT_TOKEN_TO_BE_REPLACED