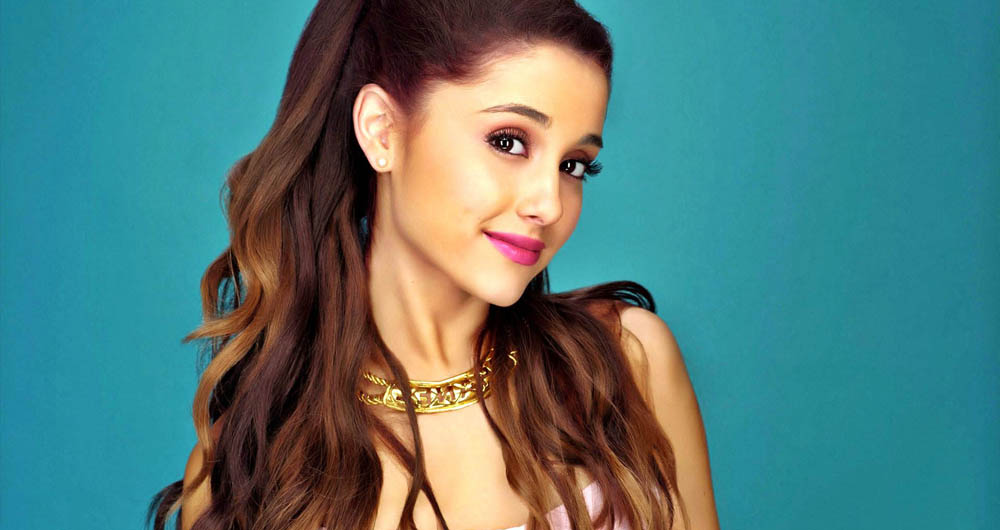 One of the most highly anticipated pop albums of the year drops this week, but don’t let that pull your attention from some of the lesser known acts with new records as well, including a semi-local eclectic pop troupe, a new indie release from some Canadian vets, and brand new sounds from a band whose title involves instruments snacking on other instruments.

Ariana Grande has got a voice, that’s for sure. She’s next in line to the throne of Mariah Carey pop superstardom, and that’s fine. Here’s the thing: this album is overwhelmingly dull. There are a few good songs, like her collaborations with Zedd and The Weeknd, that are slickly produced listens. There’s a lot of filler, though. The track with Childish Gambino follows the “guest rap vocal” standard formula much like Iggy Azalea’s part in “Problem.” It’s pop music that sounds like safe pop music, when more chances could and should have been taken. We’re all probably going to get “Bang Bang” stuck in our heads though because it’s absurdly catchy, so maybe Ariana Grande has ultimately won after all.


-Michelle Buchman
In mythology and medieval literature, “Green Language” was used to describe the language of the birds, considered to be perfect, secret, and divine. On his sophomore album, Rustie (the Glasgow producer who achieved a level of fame with his debut “Glass Swords” and his expansive BBC essential mix) applies this concept to music, itself a universal and powerful language. Ranging from cinematic ambient to pummeling dubstep, “Green Language” covers a broad range of emotions, which can, at times, feel like the musical equivalent of whiplash. But perhaps that was his intent, to create a musical work that features the giddiest of cartoonish highs and the most fragile, gorgeous of lows, all captured through the images of birds, both predators and prey. When it comes down to it, however, Rustie simply knows how to bring a room down on all fours, from the taffy-like happy trap of “Raptor” to the bass assault of the Danny Brown-featuring “Attak.”


-Tyler Cumella
Staten Island’s Cymbals Eat Guitars have been slurring just below the punk line for the last seven years, and their third LP “Lose” is not a large departure from their raw indie yesterdays. But that doesn’t mean there aren’t gleaming edges of hi-fi that invade the gunky, strained-vocaled rebel yells. Songs like “Chambers” and “Child Bride” are particularly tangy examples. Cymbals Eat Guitars can still kick the shit with the best of the pop-savvy, but their gut busting is more episodic, creating a not-quite-tame sense of balance that makes “Lose” a dose of cooling adrenaline.


Sounds like: Titus Andronicus, Isaac Brock with a manic sense of distortion, a near-decade of indie/punk genre tramping


-Jerard Fagerberg
The New Pornographers’ “Brill Bruisers” does for 2014 what Vampire Weekend’s “Modern Vampire of the City” did for 2013. The Vancouver alternative group creates a compelling sonic landscape, and keeps it well in tact over the course of the 43-minute project. There’s an unmistakable groove running its way through the record, piecing together radio single material like “Champions of Red Wine” with the album’s oddballs (there are quite a few). It makes for a compelling package. The band’s first record in four years, “Brill Bruisers” shapes up to be an eventful return for The New Pornographers.


-John Wiley
By now we all know Ty Segall’s M.O.: the flash-in-the-pan, throw-a-bunch-of-shit-at-a-wall-and-see-what-sticks kind of record. And those kinds of records, which happen really quickly, have shaped what people qualify as garage and continue to play at a more than regular rate on my shitty turntable at home. But “Manipulator” is slightly different. Segall still threw a bunch of shit at the wall, but then actually took the time to notice what seemed to be working and then fine tuned it. What we’re left with is an unadulterated joy from start to finish, perhaps because, rather than bashing it out in a couple of weeks, he took a year writing the album’s 17 songs and then a month – an eternity in the garage punk underground- recording it. “Manipulator” is arguably the most well-rounded and polished of Segall’s career, which makes sense considering he spent more time finessing this record than anything else he’s ever done. Drawing from an array of vignettes, spoken by a bunch of different characters that exist in Segall’s fabulized then glamified world of “Manipulator”, Segall and Co. sonically push things further along, refusing to revert to the sound and music they were playing before last year’s “Sleeper.”


Sounds like: It runs the gamut of styles: The punk still tends to be of the garage variety; the pop takes definition from the mid-60s; the psychedelia continues to show face all over, but Segall manages to prove there’s a lot of ground between these points still to be unearthed.


– Alex Khatchedourian
With the disintegration of Vivian Girls and some down time for The Babies, Brooklyn’s softspoken punk leading lady decided to pick up an acoustic and put together a solo debut. “The Time Has Come” sounds as casual as I just put it, too. Her punk roots have always given her the useful knack for keeping it simple- nostalgic and introspective meditations translated through slightly bruised melodies, one after the other. The greatest void in the album is the lack of sugary garage hooks that Ramone tends to churn out like sweat. It makes it easy to lose steam on the record as a whole, but moments of revitalization, such as the tinny lead contributions in “Sensitive Soul” gives the impression that Ramone isn’t actively trying to ditch her basement rock character, just confidently trying something new.


Sounds like: MTV’s Brooklyn Unplugged, The Babies on Vacation, Music to sing to your slightly depressed summer crush.


-Perry Eaton
Some bands are irrepressible. It’s been a harrowing more-than-a-year for Rubblebucket, whose lead singer and saxophone player Kalmia Traver only recently overcame a bout of ovarian cancer — not that this stopped her from touring or making new music; the band put out a charming EP last year entitled “Save Charlie,” and Traver performed all around the country even as she was undergoing chemotherapy, rocking a bald head and giant smile with leopard-print overalls. The band’s new release “Survival Sounds” is a joyous triumph that embraces new synthetic elements while remaining true to the group’s bold brass-bolstered style. These songs have a distinctly more electronic feel to them — “Carousel Ride” booms with bass and synth, and peppy keyboard runs through the whole album — but the delicious, organic sound of big-band horns remains. “Survival Sounds” is a generous bouquet of feel-good jams ripe for dancing.