Application: Please Make Me the New Member of One Direction 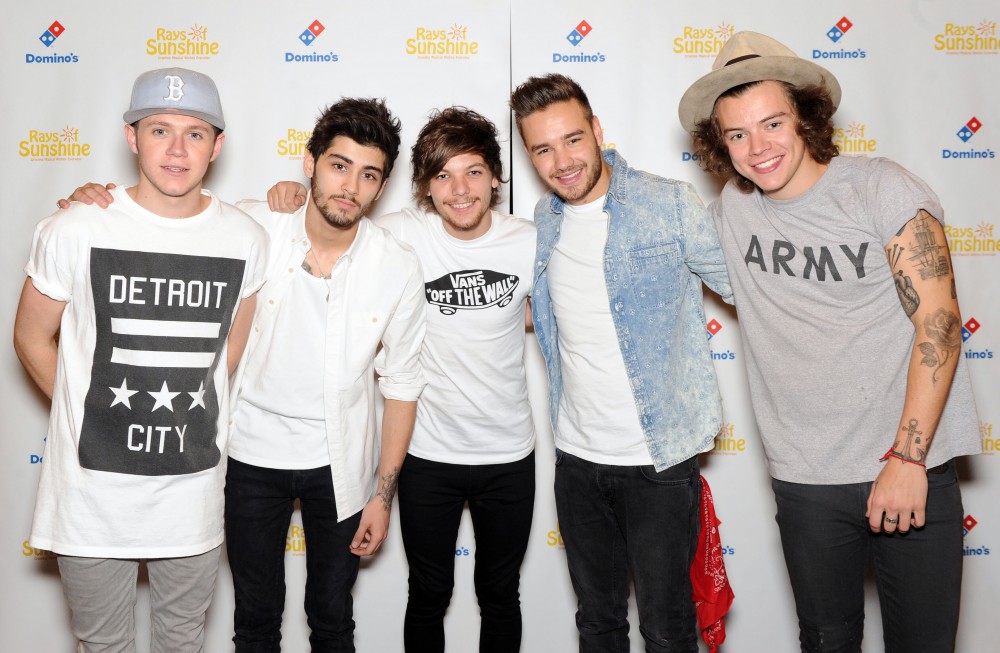 After being spotted at a U.K. club allegedly flirting with a woman who was not Perrie Edwards, his fiancee, the outrage and intense speculation began. While Malik originally planned rejoin the group in South Africa after a short stint away from their tour, the band released a statement today shedding light on their plans to go forth without him:

“After five incredible years Zayn Malik has decided to leave One Direction. Niall, Harry, Liam and Louis will continue as a four-piece and look forward to the forthcoming concerts of their world tour and recording their fifth album, due to be released later this year.”

In the past, departing members have sounded the death knell for successful, manufactured acts, and Malik’s controversy may be enough to shatter their crucial squeaky clean image. Will they pull a Van Halen and get a new guy in the group?

If so, I would like to formally express my interest.

Job Posting: 22-year-old intended to be sexually appealing to pre-teens, sing, dance in sync with other dreamboats.
Salary: More than your tiny brain could possibly wrap your head around.
Must Have Experience: Hiding all alcohol consumption even though you are of age, lip syncing, spending months at a time with people you might not even like, perfect hair, ability to “smize,” perfect skin.

To whom it may concern:

While I know the posting for a new member of One Direction has not yet been formally posted, I would like to throw my very expensive feathered hat into the ring as a potential new member of your venerable music organization.

As a white lady, I have heard your work in many a Target store in the past two to three years, and accompanied my hormone-addled little cousin to your 3D movie before promptly abandoning her to drink whiskey from a flask while watching Jobs by myself. (Terrific film, by the way, with lots of believable drama.) I think I’m the most qualified person for this job because, like everyone else in One Direction, I am in my early twenties and will probably burn out some time in the next five years.

As a singer, I have a number of professional credits including a live performance at South Junior High of “Rudolph the Red Nosed Reindeer” in 2003 that received wild praise such as:

“When Cassandra was too sick to make the concert, someone had to step in!” — Mrs. French, choral director

“She is very good at the oboe.” — Supportive classmate

“I was working and was not able to make the performance.”— Dad

While I did not make high school choir, I am terrific at lip syncing to popular music in the privacy of my own home in order to maintain a punk rock exterior. What’s more, I’m a huge Directioner, even though I think they should be called “One Direction Heads,” or “One Direction Fanatics,” or even “People of All Ages Who Enjoy the Music of One Direction.”

Niall, Liam, Harry and Louis all bring their own distinct personalities to the table, and I would be happy to be labeled as “The Easily Upset One” or “The One Who Will Never Get a Solo.” Other work experience includes substitute teacher to many tiny brand worshippers and getting fired from a hot dog cart for being “too intense.”

In terms of hair game, I admit that I have room for improvement, but with the bar set this high, it’s difficult to compare. As the new member of One Direction, it would be my honor to dry shampoo the members’ hair each and every morning and worship each individual strand for hours at a time. I am extremely punctual, don’t mind receiving angry Twitter feedback from fans for being a woman near the group and am virtually talentless, rendering me a non-threat.

If Zayn returns to the group, I would love to be your intern and always have skin that is slightly worse than everyone else’s. 1D forever.

Get your cover letters in while the getting is good, before someone else takes over, or One Direction Jonas Brothers themselves into oblivion.

Enter to win tickets to see Trio Da Kali at The Villa Victoria Center of the Arts (Newton, MA) on April 10th. END_OF_DOCUMENT_TOKEN_TO_BE_REPLACED

END_OF_DOCUMENT_TOKEN_TO_BE_REPLACED

Enter to win tickets to Rhye at The Paradise on February 28th. END_OF_DOCUMENT_TOKEN_TO_BE_REPLACED

Her new album has been pushed back, but we have Kimbra’s new single for you. END_OF_DOCUMENT_TOKEN_TO_BE_REPLACED

The folk duo returns with a new record this week. END_OF_DOCUMENT_TOKEN_TO_BE_REPLACED

Now that we’re done looking back at 2017, let’s look ahead at 2018. END_OF_DOCUMENT_TOKEN_TO_BE_REPLACED

Our first Song of the Week for 2018. END_OF_DOCUMENT_TOKEN_TO_BE_REPLACED

In a year when so many things were off, the music was right on. END_OF_DOCUMENT_TOKEN_TO_BE_REPLACED