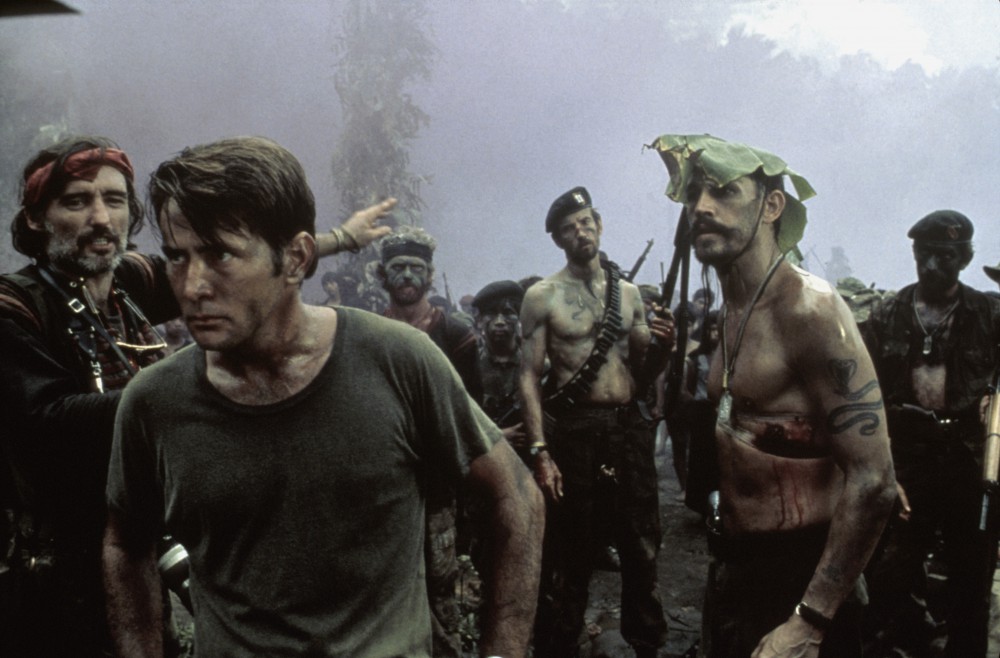 This weekend’s new Netflix releases are short on modern films, but that’s not necessarily a bad thing. If you have some extra time around the house, or need a cheap way to entertain a date, check out one of these classics from the ‘70s, ‘80s, and ‘90s.

“Cry-Baby” (1990)
Johnny Depp rarely disappoints, and when he teams with director John Waters, he never disappoints. This nostalgic, musical spin on a “Romeo & Juliet” storyline is wonderfully cheesy, and an awesome throwback.

“Dances With Wolves” (1990)
This Kevin Costner neo-western cleaned up at the Oscars and was a heck of a lot better than “Waterworld.”

“Where the Buffalo Roam” (1980)
Bill Murray as Hunter S. Thompson didn’t quite stack up with the critics, but come on, people, it’s Bill Murray playing Hunter S. Thompson! Don’t expect the brutal nature of “Fear and Loathing in Las Vegas,” but plan on a more lighthearted look into Thompson’s “gonzo” life.

“Apocalypse Now” (1979)
This Francis Ford Coppola epic won’t do much to ring in the holiday spirit. Then again, no time is particularly good to watch a movie this depressing, you just kind of need to do it. If you’ve got a spare two and a half hours to kill, this is a worthwhile choice.

“Gods and Monsters” (1998)
Ian McKellen shines as he portrays James Whale in a film that examines the classic filmmaker’s homosexual romance with a gardener.

“Bad Lieutenant” (1992)
There’s nothing like a good crime drama, especially one with some early ‘90s charm. Harvey Keitel stars as a police lieutenant who has trouble keeping his own problems straight while trying to stay on an important case.

“Black Sunday” (1977)
Robert Shaw, also known as the crusty old fisherman from “Jaws,” stars in this zany thriller in which a plan is concocted for the Goodyear blimp to come crashing down on the Super Bowl and shoot poison darts at all of the spectators.

“Resident Evil: Apocalypse” (2004)
The second of three in the “Resident Evil” series should have been better, seeing as it is based off of one of the great first-person shooter games ever. Still, apparently it was good enough for them to make a third.

“Gallowwalkers” (2009)
Wesley Snipes as a zombie-killer seems fitting, but this one is awesomely bad to the point that it’s good for some laughs.

Golden Globe and Emmy nominee Benjamin Wallfisch is the composer responsible for the score of the hit movie IT. I talked to Ben about his approach to scoring the new version of this iconic story and his thoughts on film and music overall. Some very insightful commentary; listen in. END_OF_DOCUMENT_TOKEN_TO_BE_REPLACED

Rupert Gregson-Williams is an award-winning film composer. He just so happened to compose the score for this summer’s big blockbuster Wonder Woman. We talked about his beginnings in film scoring, film scores that move and inspire him and, of course, Wonder Woman. END_OF_DOCUMENT_TOKEN_TO_BE_REPLACED

Jeff Rapsis is a New England-based composer and performer. Lately, he’s been creating live musical scores for silent film screenings. I talked to him about his process and a few of his upcoming performances at The Capitol Theatre in Arlington and the Somerville Theatre. You can keep track of where else Jeff is scoring silent films here. END_OF_DOCUMENT_TOKEN_TO_BE_REPLACED

Planning on seeing Rogue One: A Star Wars Story when it opens this weekend? I joined Adam 12 to give you an idea of what to expect. But don’t worry, I didn’t give anything away. END_OF_DOCUMENT_TOKEN_TO_BE_REPLACED

No, not from afar, from the comfort of her couch. From the actual awards themselves. That’s where Meredith Goldstein was for the Oscars. She shared all the juicy, first-hand details with me. END_OF_DOCUMENT_TOKEN_TO_BE_REPLACED

To celebrate the opening of ‘The Force Awakens,’ I had some very special guests in studio to start the Thursday, December 17 edition of The Brink. Listen. END_OF_DOCUMENT_TOKEN_TO_BE_REPLACED

Watching the new Star Wars trailer a million times gave us all sorts of feels. And one of those feels was nostalgia. END_OF_DOCUMENT_TOKEN_TO_BE_REPLACED

END_OF_DOCUMENT_TOKEN_TO_BE_REPLACED

If you’ve finally finished crying over Inside Out — or Lava, the short that ran before it — Pixar is readying another assault on your tear ducts with The Good Dinosaur, if its newly released trailer is any indication. END_OF_DOCUMENT_TOKEN_TO_BE_REPLACED