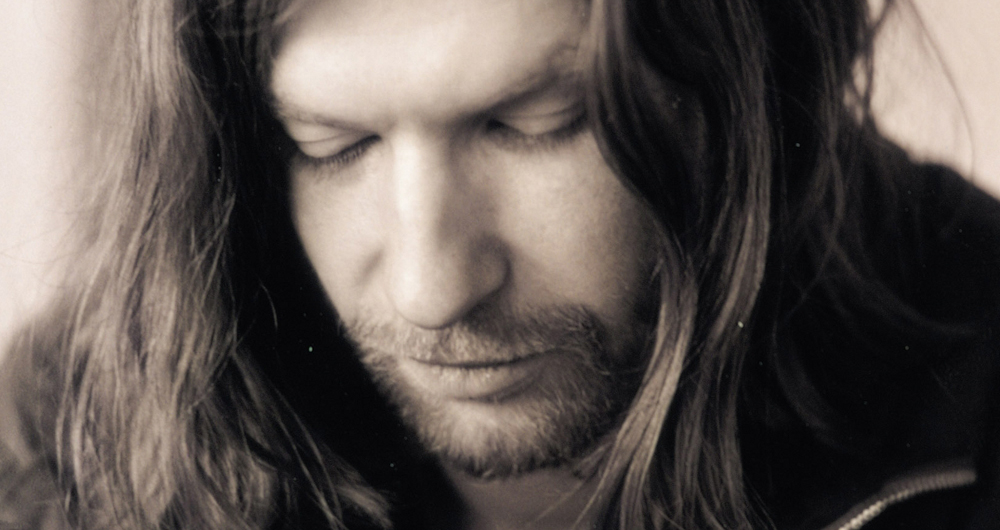 Fall begins with a bang, giving us a cornucopia of new releases, similar to what the pilgrims did on the first Thanksgiving except with more punk and electricity and stuff. Take a listen to all this week has to offer, from electronic and songwriting vets to west coast punk studs.

Although he never really left, electronic artist/godfather Aphex Twin is back with his first studio album since 2001’s “Drukqs,” and he’s back to do what he does best. “Syro” is a fantastic album composed of twelve immaculately produced and wonderfully complex tracks, driven by an overall sense of momentum. For those of you who thought that he may come bursting back into the scene from an entirely different direction though, think again. There is nothing truly “surprising” about the album as a whole, but that is nothing to hold against it. “Syro” is controlled yet playful, 64 minutes of Aphex Twin’s highly-detailed, inimitable blend of ambient, funk, techno, jazz, house, drum ‘n’ bass, and on and on and on. It may not be ground-breaking, but it sounds, rather, like an old pro cracking his fingers and showing the kids who’s boss. What more can you ask for?

-Tyler Cumella
Vermont native Kyle Thomas, AKA King Tuff, picked the perfect time to move out to California and release his last self-titled album. It was his catchiest effort to date, and came at the height of the Burger Records psych punk summer surge (although the album itself was released on Sub Pop). Two years later, the wave of carefree basement punk has somewhat drifted from the limelight, presenting the perfect opportunity for King Tuff to do something to shake up this state of doldrums, right? Unfortunately, wrong. “Black Moon Spell,” the singer’s third release, while full of delightful doses of buzzy glam-rock, does little to stray from the cleaned-up basement rock that he, and so many others at this point, has become synonymous with. That said, Thomas has put enough of a face to the genre that he has become the Marc Bolan of his era, especially on “Eyes of the Muse,” which is easily the most unique track on the album, channeling ’70s AM Gold and finding the most memorable hooks on the effort. “Black Moon Spell” is by no means a poor release, in fact it rocks quite a bit from start to finish. It is more of a missed opportunity, with the young songwriter resting on his laurels instead of kicking down another door.

Sounds like: If T. Rex could have lived to see the Digital Age, what a New Englander would think California basement shows sound like.

-Perry Eaton
The gravelly and prodigious Leonard Cohen celebrated his 80th birthday with the release of his 13th album, the 36-minute “Popular Problems.” Cohen has been many things over his career, but “ephemeral” is not one of them, which is what makes the LP’s tiny runtime so puzzling. Still, it’s a good 36-minutes, crammed with the legendary songwriter’s poetic lilt and spectacular Biblical flourishes. Cohen goes to church with elegiac organs and a gospel choir on “Born in Chains,” a song that took him a decade to finish. Though the aging prophet gets a generous assist from songwriter Patrick Leonard, Cohen’s rambling, demure personality shines in gems like “Slow,” “Nevermind,” and the album’s single “Almost Like the Blues.” It is perhaps not the grand finale we were hoping for (assuming “Personal Problems” is a bookend to Cohen’s catalog, which it may not be), but it is uniquely Leonard Cohen, and that’s more than we could ever ask for.

Sounds like: Even at 80, Cohen has so few contemporaries to be fittingly compared to. Maybe Tom Waits? Lou Reed in church shoes?

– Jerard Fagerberg
Mike Hadreas starts off his third album with a simple line, “I can see for miles.” For the those who know the singer (otherwise known as Perfume Genius), it speaks volumes. Hadreas’ often introverted lyrics are shattered as he finishes the line, declaring “”I can see for miles/ The same old line/ No thanks/ I decline.” The sparse piano and pulsing synth lines of the songs are populated with the most outward facing lyrics of Hadreas’ career. “Too Bright” spotlights an artist tackling preconceived notions while making music that is thoroughly their own.

-Michelle Buchman
Returning after a three-year gap in albums with a brand new name, Mr Twin Sister (formerly just Twin Sister) has found a brand new sound to match. The Brooklyn quintet’s chutzpah this time around is in its subtlety. While previously, they have found art-pop hooks to make statements, this self-titled release features three tracks that exceed the six-minute mark, growing upon smooth R&B foundations and cloaking them with layers of mixed synths and wailing guitar lines. Somehow, within its experimental tendencies, the record finds a way to be enormously funky, reaching back to early ’90s dance music on tracks like “In The House of Yes” for a cross on Sade and “Vogue” era Madonna. It’s hard to pick a true single out of “Mr Twin Sister,” but its work as a whole translates as something mysterious and captivating.

Sounds like: Sade, if Jamiroquai took a bunch of quaaludes and recorded an album, sexy in a European type of way

-Perry Eaton
It’s an odd child, but alt-J’s “This Is All Yours” is easily one of the most imaginative additions to the alternative genre in recent memory. The English rockers do bring elements of EDM and trap into this second album, but ultimately take on an aesthetic otherwise championed by experimental rock pioneers Volcano Choir and Radiohead. Transitioning from trippy, bass-heavy club choruses to soft acoustic ballads, “This Is All Yours” has a breadth unusual to most of today’s studio recordings. Yes, it has a few distinctly pop moments, and we can expect tracks like “Pusher” to make their way to Starbuck pretty soon. That said, “This Is All Yours” as a whole is anything but an easy listen, and challenges the way you think of alt-J and the alternative genre.

Sounds like: Future Islands on a date with Justin Vernon.

-John Wiley
Writing and recording at a relentless pace seems like a winning formula for the discernibly Southern California surf punks, the Growlers, who find a new clarity without ditching their jangly charm, as each recording on “Chinese Fountain” shines with crisp tones and the band’s tightest playing yet. Their sunkissed songs were at first a loose collection of influences and, as their perspective has widened the focus of an ever-tighter musical mosaic, the Growlers have similarly tied up their own loose ends and perceived short-comings with “Chinese Fountain.” The band’s fifth LP takes bits and pieces of influence from rockers like Ricky Nelson and the Black Angels and is peppered with Best Coast minimalism and even more of their layered melodies and confident beach-goth swagger.