Husband of Paris victim to terrorists: “You will not have my hatred” 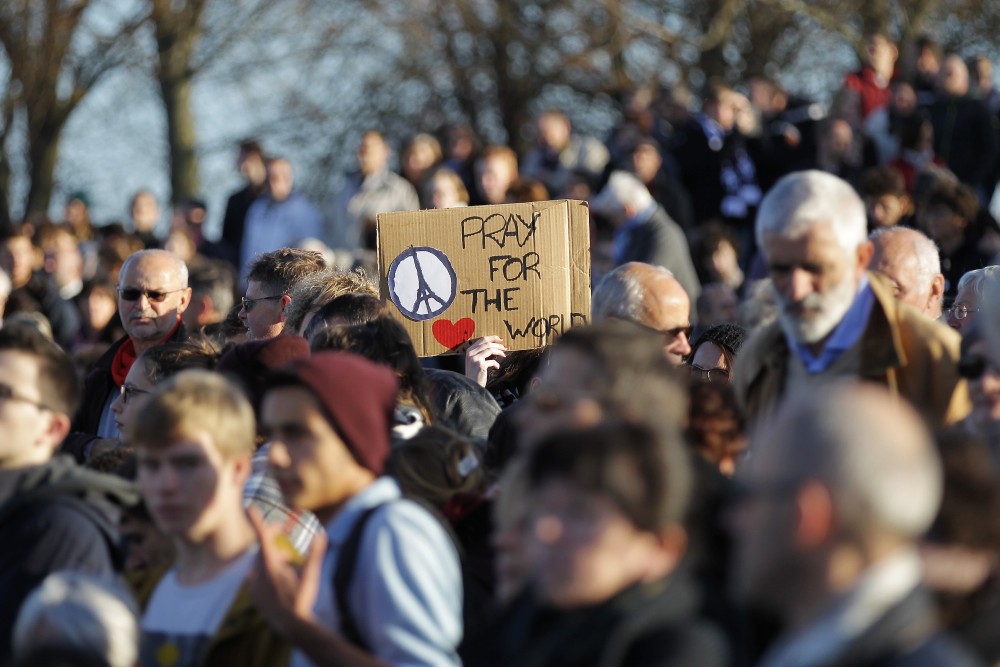 After losing his wife, Helene, in the Bataclan theatre Friday night, Parisian man Antoine Leiris wrote an open letter to her murderers and posted it to Facebook, where it quickly went viral. Yesterday, the BBC posted a video of Leiris reading the letter in English, and it has been viewed over 30 million times.

The message of his letter is heartbreaking and raw. Leiris refuses to hate the terrorists that attacked his wife, since he believes that was their goal the entire time: to inspire hatred in others.

“I will not give you the gift of hating you,” he wrote.

Watch Antoine read his letter in the video below, which was originally published by the BBC on Tuesday:

The letter, translated to English by the BBC, reads as follows:

“On Friday night, you stole away the life of an exceptional being, the love of my life, the mother of my son, but you will not have my hatred. I don’t know who you are, and I don’t want to know–you are dead souls. If the God for whom you kill so blindly made us in his image, each bullet in my wife’s body would have been a wound in His heart.

Therefore, I will not give you the gift of hating you. You have obviously sought it, but responding to it with anger would be to give into the same ignorance that has made you what you are. You want me to be afraid? To cast a mistrustful eye on my fellow citizens? To sacrifice my freedom for security? You lost. Same player, same game.

I saw her this morning, finally after nights and days of waiting. She was just as beautiful as she was went she left on Friday evening. As beautiful as when I fell madly in love with her more than 12 years ago. Of course I’m devastated with grief–I will give you that tiny victory. But this will be a short-term grief. I know that she will join us every day and that we will find each other again in the paradise of free souls, which you will never have access to.

We are only two, my son and I, but we are more powerful than all the world’s armies. In any case, I have no more time to waste on you. I need to get back to Melvil, who is waking up from his afternoon nap. He’s just 17 months old. He’ll eat his snack like every day, and then we’re going to play like we do every day, and every day of his life this little boy will insult you with his happiness and freedom. Because you don’t have his hatred either.”