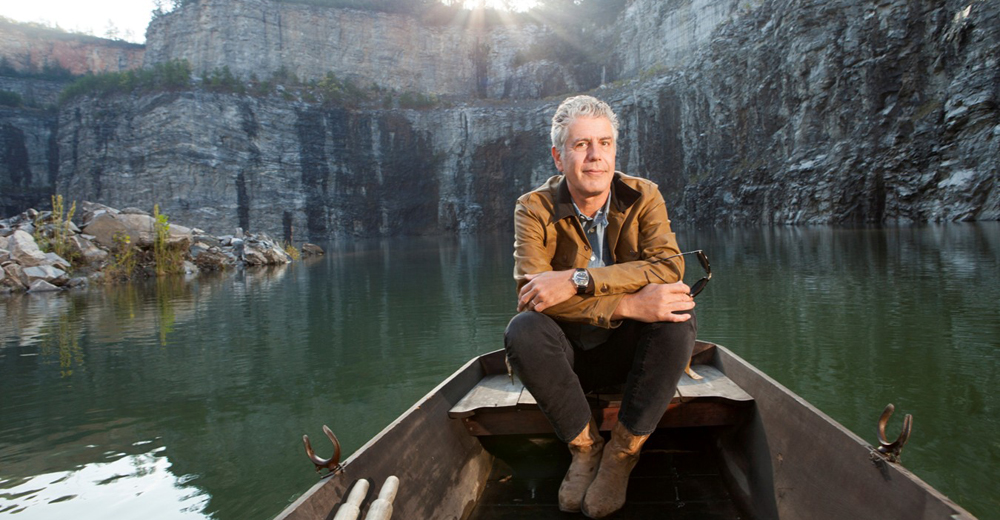 After last week’s measly upload of new titles to Netflix, this week boasts a massive amount of new uploads, which means you probably won’t be leaving the couch much this weekend. And trust us, you won’t have a problem with that when you realize how many amazing, old school Cartoon Network series have hit the site. This week’s lineup in packed with all the lovely, crude, animated shows that we love the channel for.

“Cow and Chicken” is one of the most underrated cartoons of all time. Totally imaginative, rude, and gross all at the same time, this slightly perverted Cartoon Network show draws comparisons to “Ren and Stimpy.” The stories are outragous, ranging from the 600-pound Cow and 4-pound Chicken creating perpetual energy from a kids’ chemistry set, to discovering a strange and surrealistic “laughing puddle,” to becoming plastic surgeons for their grade school. Although we’ll be spending the better part of Saturday day on the couch watching Cow become a supermodel or the Red Guy torture Chicken, we’re still trying to figure out the crude show’s strange fascination with butts.

Bourdain’s newest show may prove to be its own kind of acquired taste for fans of Bourdain’s “No Reservations,” mostly because of the way he mixes history, current events and the usual lot of tantalizing local cuisines. But like his prior series, Bourdain still finds himslef in enviable travel situations where he shares a pipe with a Shaman and brings everything together into one big travel, lifestyle, and foodie concoction with the same honest, direct, and occasionally funny insights about the places he travels. Episodes to watch: “Tokyo Nights” and “Myanmar.”

From the same creator as “SpongeBob Squarepants,” “Chowder” follows the life of the fledgling and goofy kitchen apprentice. Chowder, who looks like a mix between a bear, cat, and rabbit, is a hungry boy apprenticed to the centuries old chef Mung Daal who trains young Chowder with an assortment of tricky culinary maneuvers, sincere advice, and aphorisms which may or may not make sense.

This pseudo documentary was made on a micro-budget and follows the lives and interactions between two teenage film geeks in high school who are working on a school film project that tells the story of two dudes who plan to take out all the bullies in the school through a violent school shooting. The film starts to get really interesting when one of the guys decides to actually start planning a spree.

We’re not really sure of the last decent movie that Robert De Niro was in, but this definitely isn’t it. De Niro plays his usual infamous mobster role as he and his mob family, who have been in witness protection, start falling back into old habits. You know, blowing up cars and snappin’ necks.

Inner-tube cruises on the river, animal grooming, hypnotism, there really isn’t a scam that is too outlandish for these three conniving lads, who will do just about anything to make money in order to buy more of their favorite candy: jawbreakers. Their misadventures and troubled interactions with their nemeses, the dreaded Kanker sisters, remind us that they just don’t make animated series like this anymore.

Watching an episode of ‘Robot Chicken’ is like watching a mad man (Seth Green) play with his old childhood toys. You can’t help but laugh as Green’s sick imagination unfolds bizarre and comedic situations for several famous characters with their action figure counter parts. Stop motion animation, voice cameos by everyone from David Hasselhoff to Scarlett Johansson, and at only 15 minutes long, each episode is hilarious and highly satirical.

Always a pleasure to have Boston.com’s Perry Eaton in studio for a chat. After we talked a bit about Pearl Jam at Fenway and Perry’s new podcast, he filled us in on Game of Thrones live and Narragansett’s new Bananagrams-themed brew. END_OF_DOCUMENT_TOKEN_TO_BE_REPLACED

No, not from afar, from the comfort of her couch. From the actual awards themselves. That’s where Meredith Goldstein was for the Oscars. She shared all the juicy, first-hand details with me. END_OF_DOCUMENT_TOKEN_TO_BE_REPLACED

It was wonderful having our good friend Meredith Goldstein back in studio this morning. She dug into the latest edition of Love Letters, which prompted us to play this song. And of course we had to discuss the Oscars. Make sure you’re following Meredith on Twitter, as she’ll be live-tweeting the awards this Sunday night. END_OF_DOCUMENT_TOKEN_TO_BE_REPLACED

Our first edition of TV Sets for 2016 might be better than every edition from 2015. END_OF_DOCUMENT_TOKEN_TO_BE_REPLACED