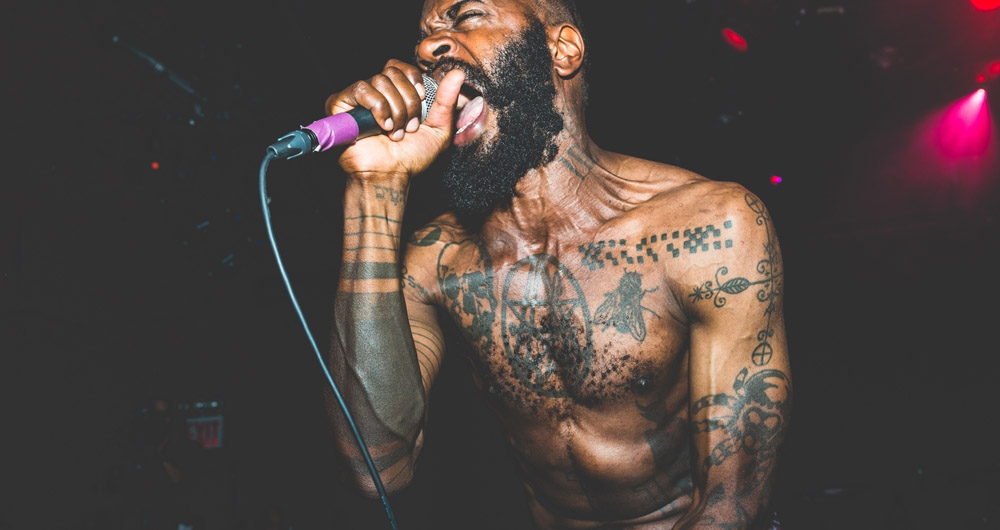 Scrolling through Facebook in the wee wee hours last night, I realized (after a second glance) that the experimental hip-hop/industrial/noise/punk group had just dropped the first half of a new LP that is due out later this year.  This first half is titled “Ni***s on the Moon” (which, according to the band, features Björk on all eight tracks), the second half will be titled “Jenny Death,” and the full release will be called “The Powers That B.”

Anybody who knows Death Grips won’t really be surprised by this news.  Their last two albums, “No Love Deep Web” and “Government Plates,” were self-released online for free, without any notice or indication.

And the music?  On first listen, it seems to be keeping in line with their Dadaist approach to genres and sounds, tearing them apart and smashing all traces of convention.  Yet, with each album, Death Grips seem to be pulling listeners deeper into a rabbit hole, pushing form and content into previously unheard spaces.

You can download “Ni***s on the Moon” here for free, or stream it via SoundCloud: