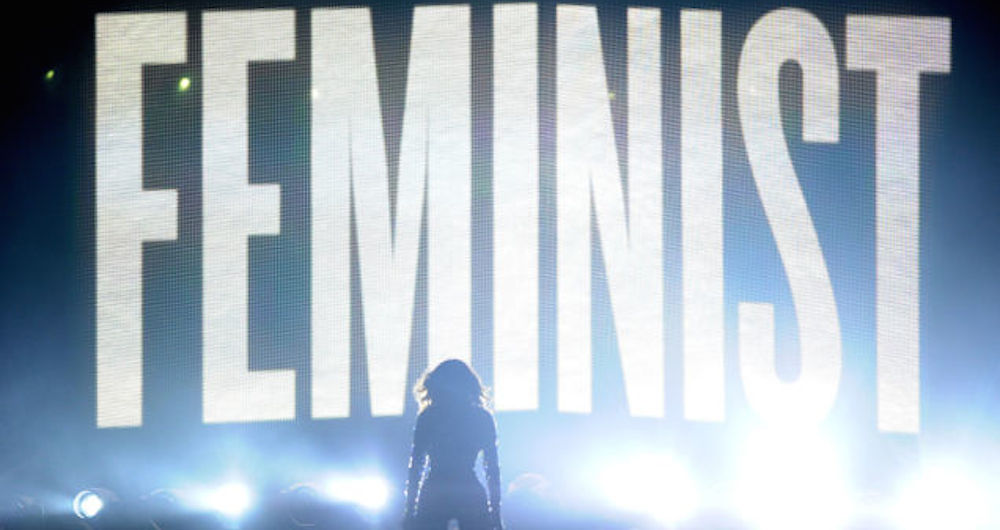 Perhaps because she’s promoting her new album “Nostalgia,” or perhaps because she’s almost 60 and says whatever she damn well pleases, Scottish singer Annie Lennox went in on Queen Bey’s feminist credentials in two separate interviews in the last month. In the first, with PrideSource, she called Beyonce “feminst lite,” and in an interview yesterday with NPR, she clarified that “twerking is not feminism.”

NPR host Steve Inskeep, ever the even-keeled interviewer, offered Lennox a chance to put her comments in a broader context.

“The reason why I’ve commented is because I think that this overt sexuality thrust — literally — at particular audiences, when very often performers have a very, very young audience, like 7 years older, I find it disturbing and I think its exploitative. It’s troubling. I’m coming from a perspective of a woman that’s had children.”

Lennox also clarified that she had never been specifically talking about Beyonce, instead noting “I was being asked about Beyonce in the context of feminism, and I was thinking at the time about very impactful feminists that have dedicated their lives to the movement of liberating women and supporting women at the grass roots, and I was saying, ‘well that’s one end of the spectrum, and then you have the other end of the spectrum.'”

That all sounds pretty reasonable, almost as if headline writers on the Internet used Lennox’s brief mention of Beyonce to simplify the issue and ensure Beyonce’s fans would react. (Guilty as charged!)

And finally, because it’s in the headline, here’s Lennox’s quote about feminism and twerking, which once again has more to do with feminism in general and less to do with Beyonce, but is thought-provoking nonetheless.

“Listen,” said Lennox, “Twerking is not feminism. Thats what I’m referring to. It’s not — it’s not liberating, it’s not empowering. It’s a sexual thing that you’re doing on a stage; it doesn’t empower you. That’s my feeling about it.”

Some schools of feminist thought would agree with Lennox, while others would say that anything personally liberating and empowering to a female — be it twerking, dougie-ing or reading “The Feminine Mystique” while doing the Harlem Shake — can be constituted as feminist, and that policing what is and isn’t feminist is a futile exercise. Lennox did say in the interview that she hoped her comments would generate debate, so mission accomplished, Annie.

Enter to win tickets to see Trio Da Kali at The Villa Victoria Center of the Arts (Newton, MA) on April 10th. END_OF_DOCUMENT_TOKEN_TO_BE_REPLACED

END_OF_DOCUMENT_TOKEN_TO_BE_REPLACED

Enter to win tickets to Rhye at The Paradise on February 28th. END_OF_DOCUMENT_TOKEN_TO_BE_REPLACED

Her new album has been pushed back, but we have Kimbra’s new single for you. END_OF_DOCUMENT_TOKEN_TO_BE_REPLACED

The folk duo returns with a new record this week. END_OF_DOCUMENT_TOKEN_TO_BE_REPLACED

Now that we’re done looking back at 2017, let’s look ahead at 2018. END_OF_DOCUMENT_TOKEN_TO_BE_REPLACED

Our first Song of the Week for 2018. END_OF_DOCUMENT_TOKEN_TO_BE_REPLACED