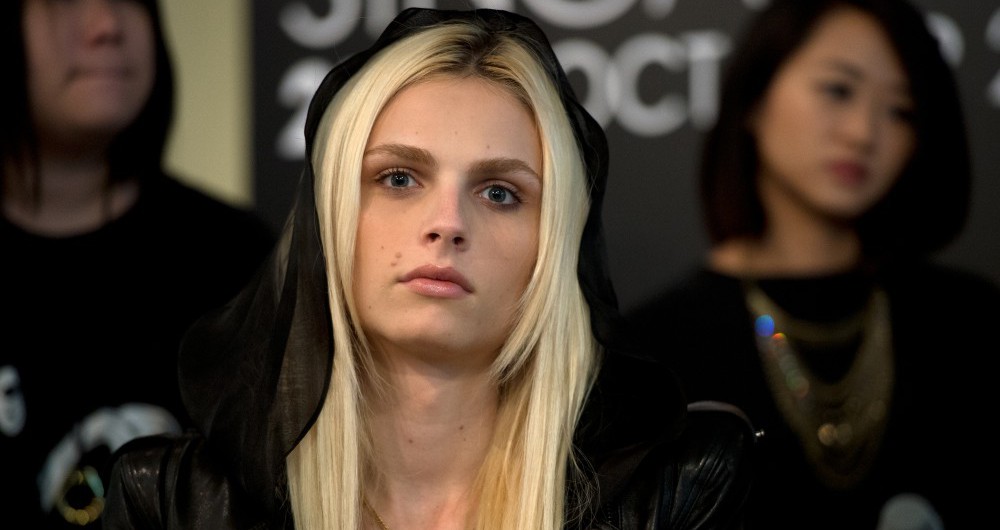 Featured in Vogue earlier this year, she is the first transgendered model to be appear in the fashion magazine.

“If at the beginning of my career in the modeling industry, or half way through it, or even this time last year, you told me that I would end up have a 4 page feature in American Vogue, I would have probably told you ‘Oh I don’t know about that! That might be a bit difficult to achieve in the near future,” she wrote in her Instagram post. “In fact, I was told by various people many times over that the chances of me ending up on these pages were slim to none.”

In addition to being the first transgendered model to be in the publication, Pejic is also the first LGBTQ member to land a make-up contract. She is the newest face for beauty brand Make Up For Ever.

The model posted on her Instagram, giving everyone a sneak peak of her newest campaign.

“Landing a cosmetics contract is a huge deal for any model — it’s sort of the Oscars of the fashion world,” Pejic told People. “And this is a brand that matches what I’ve tried to portray in my career: The message has always been about being okay to be yourself and living a truthful life, being able to express yourself. It’s okay to be different.”

While many have called out Davis since a video of her refusing to issue a marriage license to Rowan County residents David Moore and David Ermold went viral in July, relationship columnist and gay activist Dan Savage went a step further on MSNBC Tuesday night, saying that “this is about someone hypocritcally looking to cash in”. He added: “And she is a hypocrite.” END_OF_DOCUMENT_TOKEN_TO_BE_REPLACED

END_OF_DOCUMENT_TOKEN_TO_BE_REPLACED

David Filipov was part of the team that headed up the Boston Globe/Fox25 Olympic Debate last night. He offered his takeaways and analysis after an update on the latest exchange between Governor Baker and the USOC. All in all, our conversation does a pretty good job of getting you up-to-speed on all things Boston2024. END_OF_DOCUMENT_TOKEN_TO_BE_REPLACED

END_OF_DOCUMENT_TOKEN_TO_BE_REPLACED

Taxi driver Victor Perez Cardona didn’t want the traditional coffin for his wake. Instead, he wanted to be in his cab.
END_OF_DOCUMENT_TOKEN_TO_BE_REPLACED