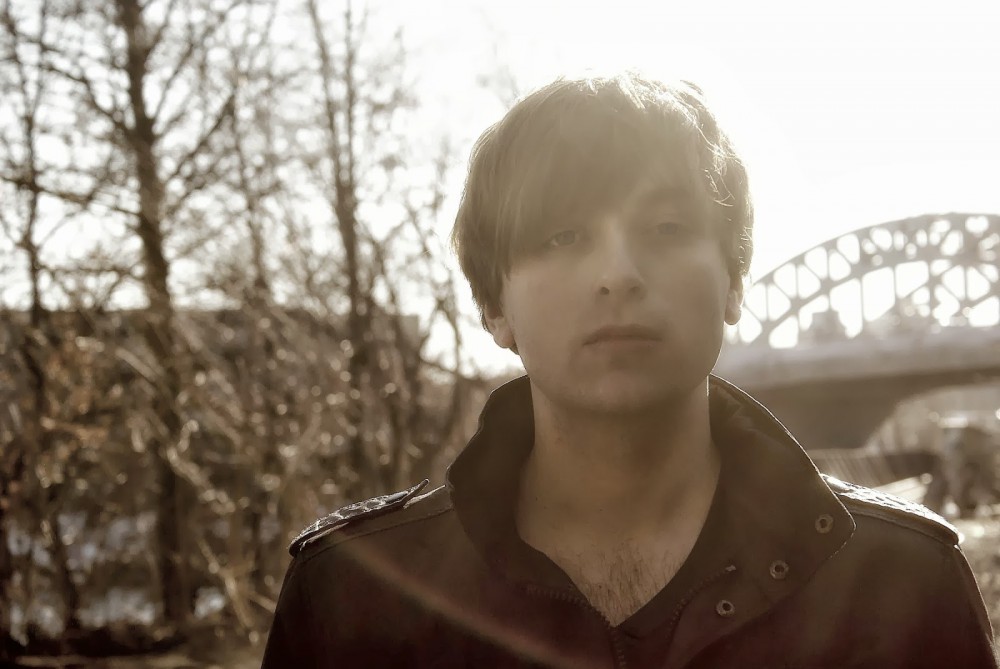 One of the men leading the charge in Boston’s electronic music community is Andre Obin. The local producer and performer has been lauded by everyone from Pitchfork to Vice, crafting tracks ranging from engaging synth dance jams to more ambient and spacious psychedelic waves. Obin’s last album “The Arsonist” was such a success that his label, Sky Council Recordings, requested that he release an EP of remixes with the help of artists like Steve Bug, K-X-P, and Black Asteroid. The EP, “The Arsonist Remixes,” will be out Nov. 12.

In addition to the EP, Obin’s next full-length is fully recorded and set to release next Spring.“I’m proud of this record,” he says. “I really tried to push myself to take some chances and do away with the shackles of musical conservatism.” Obin believes the new songs reflect a wide range of musical motives, and hopefully won’t be pinned down to the easy categorization of “electronic music”–a label that has become too broad that it’s almost restrictive.

Obin plays Middle East Upstairs on Nov. 15 to celebrate the release of “The Arsonist Remixes.”

Q: Other than writing the original songs, what role, if any, did you have in the production of your new remix EP?

A: I was actually initially against it but my label really pushed for it. The idea of remix releases kind of freaked me out but then when I saw that there was some interest from other artists, it kind of convinced me to go along with it. I ended up coordinating the Black Asteroid remix [of “The Arsonist”], and then some of the guys from the label ended up landing a few, too.

Q: What’s it liked being remixed as an artist? Are you flattered? Does it ever feel like people are just using your music?

A: It’s always flattering, I should make that clear. Whether I’m remixing another artist or someone’s remixing me, ideally it’s because we love one another’s music. For me personally, the reason I’m kind of wary about remix releases in general is because I don’t want to take shine away from the originals. I know sometimes as a listener I get more attached to a remix than an original, and that’s fine if it’s not in the same sphere. But living in the digital age, this new remix EP is going to go right up next to the LP, so there’s sort of a push and pull there, and I feel as though I’d rather someone discover me through my originals.

Q: You have a new original album in the works, too. Where are you in the creative stages of that?

A: The album is actually going to mastering next week, so I’m done with my end of it. The songs are really diverse, and it’s a very emotional record, which I’m excited about.

We wanted to give as much lead time for press on this record as possible, too, so we’re working hard to get it manufactured really quickly. Ideally, we can get it into the hands of press well in advance of the actual release, which is looking like April 1, 2014. It sounds really far away, but these days, the sooner you can get it out to different press outlets, the better.

Q: The strategy behind a release seems to be a much larger part of the process now. Do you find that having released albums already, you know a bit more about what to expect?

A: Yeah, I think so. I think if I were able to match the success of “The Arsonist,” I’d be really happy. One of the things my bandmates and I always talk about is that it’s not a matter of getting it right, it’s a matter of getting it right over and over again. That’s how I’m kind of approaching my music and my releases now. You can’t rest on your laurels, you have to bring it every time and make it something special. I think we’ve done that with the music for this record, now it’s a matter of getting the design, and the manufacturing and all of the other stuff that adds up to achieve that really cumulative feeling in the product.

Q: How do you feel that electronic music is represented in Boston?

A: I’ve always had mixed feelings on it, and I’ve definitely been misquoted on it a few times. I think there’s a really amazing community in Boston in terms of electronic synth-pop artists in Boston like AVOXBLUE. There’s also the Rise, club-level experience which is a cool atmosphere. And there’s also really heady techno, like at Make It New at Middlesex, which is a great night. So there’s a pretty good mix of electronic music in Boston now, and I’m not sure you could say that five or six years ago, it’s just gotten more and more popular so more and more people are doing it.

Q: There are a lot of misconceptions about electronic music in the live setting. Do you think people are quick to write off electronic artists based on their stage setup?

A: It’s funny because even though I play with a live band now, I still use so much electronic gear that it’s kind of half and half, I’m really straddling fence between pure laptop production and a full-on live band. I personally have nothing against someone using a laptop. To me, what it comes down to is, are you a performer or are you a curator? I think DJs for the most part are musical curators. I think they’ve been elevated to the status of performers because of the environment that we’re in, but the best shows I’ve ever seen were bands. I’ve seen some amazing DJs, but it’s not quite as memorable to me as seeing people interacting in a live band and playing off of each other.

Enter to win tickets to see Trio Da Kali at The Villa Victoria Center of the Arts (Newton, MA) on April 10th. END_OF_DOCUMENT_TOKEN_TO_BE_REPLACED

END_OF_DOCUMENT_TOKEN_TO_BE_REPLACED

Enter to win tickets to Rhye at The Paradise on February 28th. END_OF_DOCUMENT_TOKEN_TO_BE_REPLACED

Her new album has been pushed back, but we have Kimbra’s new single for you. END_OF_DOCUMENT_TOKEN_TO_BE_REPLACED

The folk duo returns with a new record this week. END_OF_DOCUMENT_TOKEN_TO_BE_REPLACED

Now that we’re done looking back at 2017, let’s look ahead at 2018. END_OF_DOCUMENT_TOKEN_TO_BE_REPLACED

Our first Song of the Week for 2018. END_OF_DOCUMENT_TOKEN_TO_BE_REPLACED

In a year when so many things were off, the music was right on. END_OF_DOCUMENT_TOKEN_TO_BE_REPLACED