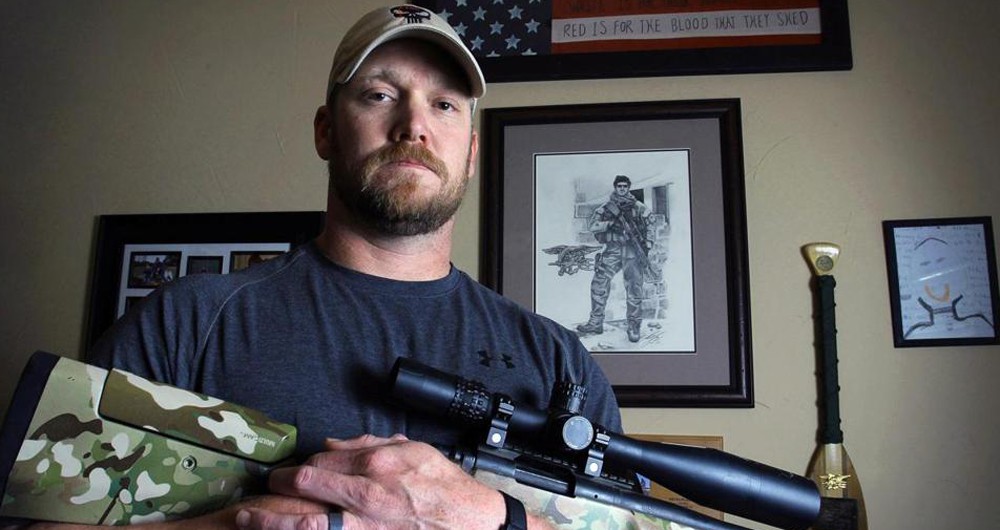 Christopher Kyle may not be a household name to everybody, but if American Sniper, the Clint Eastwood-directed film based on Kyle’s life, wins the Academy Award for Best Picture, his legacy will be known to many more.

Kyle, a former Navy SEAL, was honorably discharged from the military in 2009, after which he authored the best-selling autobiography American Sniper. This past year, the book was adapted and released as a film, starring Bradley Cooper as Kyle, and is now up for six Academy Awards.

If and when Cooper rises to the Oscar stage on Sunday, it will be very much in reflection of Kyle, so it’s only appropriate to look further into the life and responsibilities of the formal Navy SEAL.

Thanks to document requesting service MuckRock, we were able to obtain full access to Christopher Kyle’s military file. You’ll notice that Kyle’s marks are laudable, and his feedback from superiors was glowing, to say the least. Here are some of his marks, along with the complete file in PDF form.

“Exceptional leader. His personal conduct  and performance in combat during the most intense urban combat ever experienced by NSW personnel served as an example to all! He has my highest possible recommendation for promotion to E-6 and assignment as LPO.”

“One of the most combat experienced operators in the SEAL teams. He has my strongest personal endorsement for promotion to Chief Petty Officer.”

“Kyle has demonstrated exceptional combat leadership beyond his peers. His proven performance under fire cannot be overstated. Promote to Chief Petty Officer immediately!”

Golden Globe and Emmy nominee Benjamin Wallfisch is the composer responsible for the score of the hit movie IT. I talked to Ben about his approach to scoring the new version of this iconic story and his thoughts on film and music overall. Some very insightful commentary; listen in. END_OF_DOCUMENT_TOKEN_TO_BE_REPLACED

Rupert Gregson-Williams is an award-winning film composer. He just so happened to compose the score for this summer’s big blockbuster Wonder Woman. We talked about his beginnings in film scoring, film scores that move and inspire him and, of course, Wonder Woman. END_OF_DOCUMENT_TOKEN_TO_BE_REPLACED

Jeff Rapsis is a New England-based composer and performer. Lately, he’s been creating live musical scores for silent film screenings. I talked to him about his process and a few of his upcoming performances at The Capitol Theatre in Arlington and the Somerville Theatre. You can keep track of where else Jeff is scoring silent films here. END_OF_DOCUMENT_TOKEN_TO_BE_REPLACED

Planning on seeing Rogue One: A Star Wars Story when it opens this weekend? I joined Adam 12 to give you an idea of what to expect. But don’t worry, I didn’t give anything away. END_OF_DOCUMENT_TOKEN_TO_BE_REPLACED

No, not from afar, from the comfort of her couch. From the actual awards themselves. That’s where Meredith Goldstein was for the Oscars. She shared all the juicy, first-hand details with me. END_OF_DOCUMENT_TOKEN_TO_BE_REPLACED

To celebrate the opening of ‘The Force Awakens,’ I had some very special guests in studio to start the Thursday, December 17 edition of The Brink. Listen. END_OF_DOCUMENT_TOKEN_TO_BE_REPLACED

Watching the new Star Wars trailer a million times gave us all sorts of feels. And one of those feels was nostalgia. END_OF_DOCUMENT_TOKEN_TO_BE_REPLACED

While many have called out Davis since a video of her refusing to issue a marriage license to Rowan County residents David Moore and David Ermold went viral in July, relationship columnist and gay activist Dan Savage went a step further on MSNBC Tuesday night, saying that “this is about someone hypocritcally looking to cash in”. He added: “And she is a hypocrite.” END_OF_DOCUMENT_TOKEN_TO_BE_REPLACED