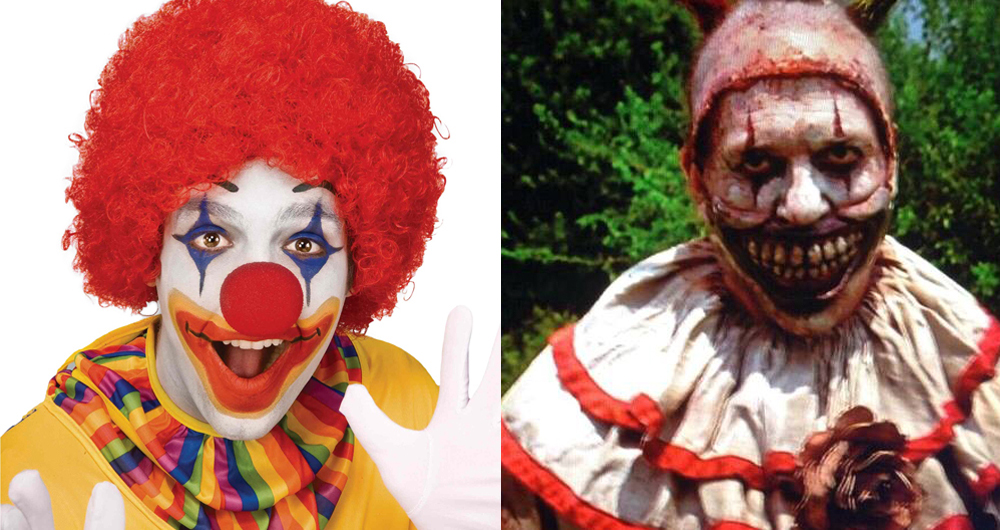 It is unclear when the shift in the way we look at clowns occurred exactly. At one point, they were considered fun, friendly, non-threatening beings. Somewhere along the lines, probably due to clowns like Stephen King’s “It” or John Wayne Gacy’s real life killings, people started to associate the circus characters with death and danger. I understand that blood-filled balloons and razor sharp teeth aren’t exactly standard in a clown’s tool kit, but those images are just scarring enough that the public can’t forget them. Or stop make disturbing gifs out of them.

The issue at hand is that the Clowns of America International, regarded as the nation’s prominent clown club, has taken offense to the depiction of clowns in season four of “American Horror Story.” In the most recent season, “Freak Show,” John Carroll Lynch plays Twisty the Clown: a rather horrifying creature who preys on young couples and children, murdering them with scissors and holding them hostage, respectively. 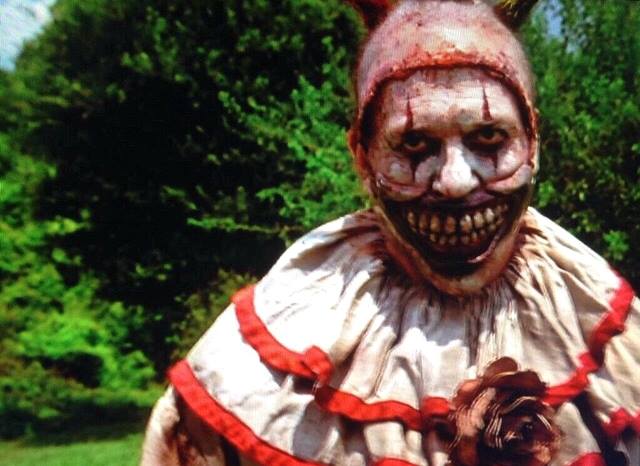 Members of COAI refer to themselves “ambassadors of joy” on their website, so it’s clear to see why the insinuation that all clowns are serial killers could offend them. After proper research I think I have solved the mystery about why people are afraid of clowns: BECAUSE CLOWNS ARE SCARY.

Consider the clown haunting situation going down in Southern California. According to NBC Los Angeles, police in California’s San Joaquin Valley are dealing with a flood of reports about people dressed as clowns attacking members of community, some armed and considered dangerous. An update on the situation, as reported by The Bakersfield Californian, tells us that one arrested minor admitted to the police that he sported a full on clown suit to harass other youngsters in the area.

Apparently, the aforementioned minor was attempting to copy infamous Internet sensation Wasco Clown. Waco Clown’s accounts on Twitter and Instagram (which should both be taken with a grain of salt) describes him as “the creepy, evil-looking clown that is roaming the streets of Wasco, California at night.” Adding, “Come find me I will give you a balloon.” Because that’s not creepy at all.

Coming to a theater near you! pic.twitter.com/d5IrDpU99J — Wasco Clown (@RealWascoClown) October 14, 2014

I think it is safe to say that singling out “Freak Show” as a major reason for modern clown phobia is unreasonable. Why penalize a television show, which tells you in the title is going to be a horror show, when there are actual clowns running around attacking people in real life? Wasco the Clown, a real life horror story who has been around since before the series began, has even inspired a series of copycats who are also lurking around the Valley cities.

I want to sympathize with the clowns who feel like they are being misrepresented, but as long as costumed whack-jobs who may or may not be dangerous are roaming the streets, my deep-rooted fear will prevent this from happening.

Take one last look at this bastard and then tell me I’m overreacting.

This should never have happened. END_OF_DOCUMENT_TOKEN_TO_BE_REPLACED

I spend far too much time on Twitter. Here’s a handful of posts from last year that I found to be entertaining on one level or another. Enjoy. END_OF_DOCUMENT_TOKEN_TO_BE_REPLACED

Apologies in advance for burying this in your skull forever. END_OF_DOCUMENT_TOKEN_TO_BE_REPLACED

Always a pleasure to have Boston.com’s Perry Eaton in studio for a chat. After we talked a bit about Pearl Jam at Fenway and Perry’s new podcast, he filled us in on Game of Thrones live and Narragansett’s new Bananagrams-themed brew. END_OF_DOCUMENT_TOKEN_TO_BE_REPLACED

If you like cover songs, you’re gonna love this. And by love, we mean probably hate. END_OF_DOCUMENT_TOKEN_TO_BE_REPLACED

Whether you celebrate the unofficial beginning of summer on Memorial Day weekend, or Meteorological Summer on June 1, or the Summer Solstice, make no mistake: summer is here. END_OF_DOCUMENT_TOKEN_TO_BE_REPLACED