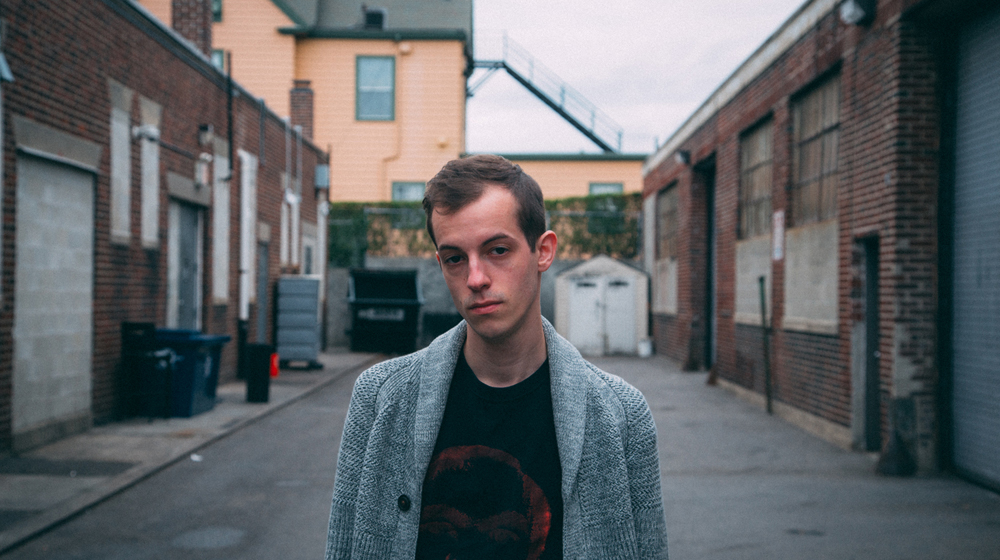 Tyler Kershaw is Funeral Advantage. Native to Mansfield, MA, Kershaw used to play in a shoegaze band The Devil And A Penny before starting up Funeral Advantage last year. In the studio, Kershaw is the sole member of Funeral Advantage. He writes and records every instrument himself to meticulously craft the glimmery tracks you’ll find on his bandcamp. In the live setting, Kershaw gets by with a little help from his friends Kirk Vance (bass), Steve McDonough (guitar), Chelsea Figerido (keys), and Andrew Capone (drums).

Last year, Kershaw put out a demo and we’ve been anxiously awaiting his full length ever since. Kershaw told “Property of Zack,” “I’m being 100% self-indulgent. I’m not really stopping to ask anyone what they think this time. It’s going to be the poppiest record a local band has put out in a very long time and I’m positive that’s going to annoy 75% of people that listen to my band but I’m OK with that. I’ve grown in that I’ve learned to truly be myself, otherwise there’s no point to doing this.”

For fans of Beach Fossils, Tennis, and Youth Lagoon – look here. Kershaw keeps tracks weightless and layered with texture without losing any of the gentle nature. Almost every time I listen to this demo I’m caught off guard when it ends thinking I had just pressed play. Every time. In my book, this demo requires at least a triple play in any given listen. I’ve been doing this for months on a regular basis and it’s not aging a bit. Maybe I’m jumping the gun here, but timelessness is an unbeatable quality for a record (or a demo) to have.

Fun fact: Funeral Advantage just did a second pressing of the demo with Disposable America and you can now purchase the cassettes in five different colors!

Press play: Check out Funeral Advantage’s Tastemakers session with “Back To Sleep” here.

Like what you hear? Catch Kershaw and the whole gang at the Middle East tonight!!! 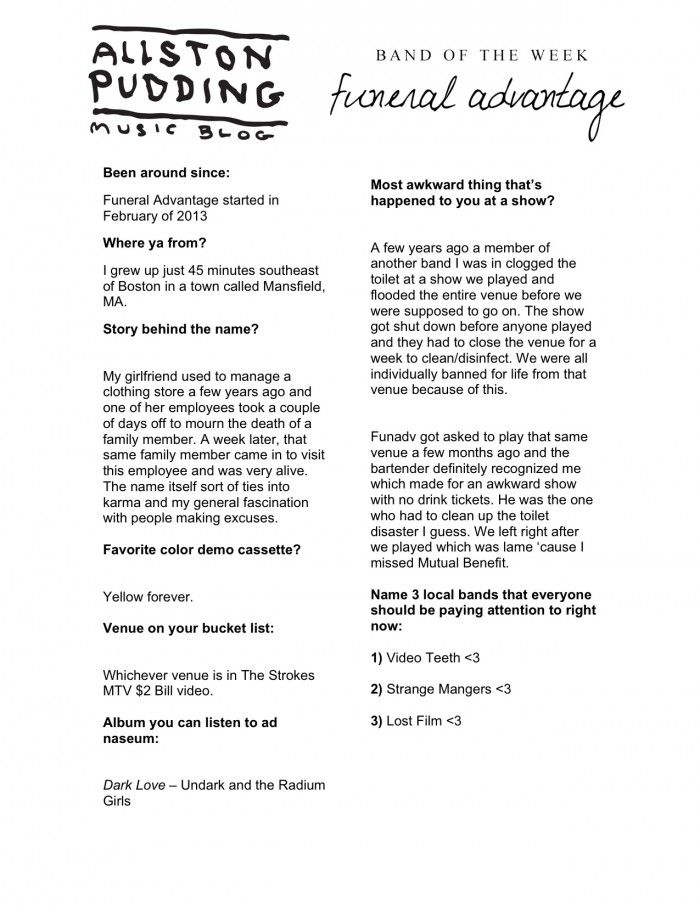 Enter to win a pair of tickets to attend The Hess Collection Seminar and Dinner as part of Boston Wine Festival 2018 at the Boston Harbor Hotel on Wednesday, March 14th. END_OF_DOCUMENT_TOKEN_TO_BE_REPLACED

Perry Eaton writes for Boston.com. Perry Eaton talks on the radio with me from time to time. Today, he talked to me about what he’s been listening to and some upcoming shows and festivals worth checking out. Click here to read more. END_OF_DOCUMENT_TOKEN_TO_BE_REPLACED

Boston band Funeral Advantage is Tyler Kershaw. And Tyler Kershaw had a fun childhood, so it seems. END_OF_DOCUMENT_TOKEN_TO_BE_REPLACED

Perry put me on to daephne and the album blew my mind. END_OF_DOCUMENT_TOKEN_TO_BE_REPLACED