All jokes aside, Coachella is one of a kind, and may deserve more credit 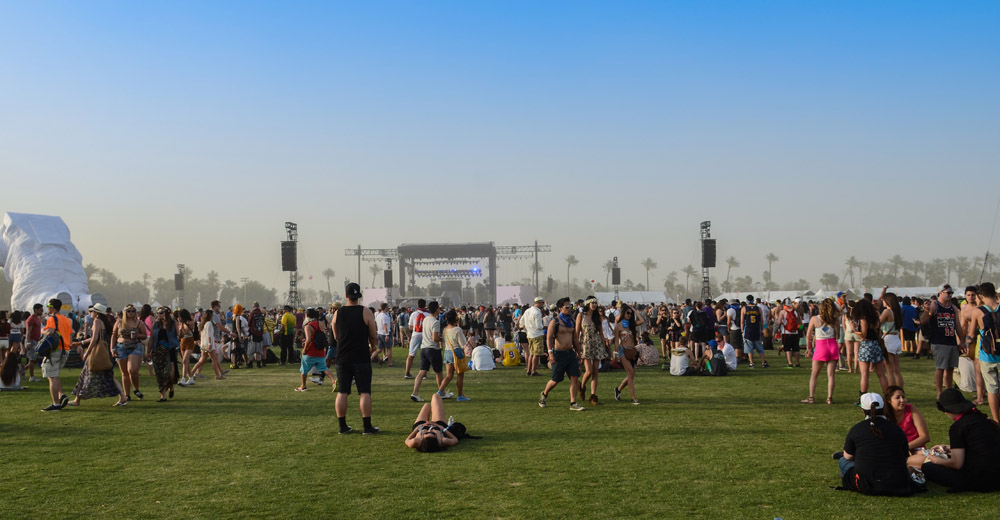 The first weekend of Coachella is behind us, and with it will come a handful of mockery and critique from media outlets across the board. I mean, seriously, Justin Beiber was there? This festival is donezo, music is doomed, what has our culture boiled down to? It’s nothing but a corporate sellout-fest lamestreamer clusterfuck filled with a bunch of phony celebs and sorority sisters trying to show off their new boho chic footwear.

That’s certainly one way of looking at it, and one view that has become more popular as the festival itself has become more popular. After all, it’s a bit peculiar to see Kendall and Kylie Jenner ambling the same grounds that bands like Ty Segall and Drowners are playing. That could very well be the beauty of it though.

There’s a reason why the Selena Gomez’s and Diddys of the world feel it so essential to be at this event, and when all things are considered, the music can be credited for that. The reputation of this festival is built on the constant strength of its lineup of music. The celebrity sightings, the fashion bloggers, and glowsticks all came later, which is awesome. What other single event in the country celebrates music of this caliber to the same degree? In what other setting would the sheer presence of Beyonce and Leonardo DiCaprio provide a gateway for new listeners to pack a stage to hear Future Islands create something beautiful?

That seems like a ridiculous statement considering that most of the selfie-snapping youths that occupied the Polo Grounds weren’t there to check out the latest darkwave act, but it doesn’t matter. Even if just a few new listeners were won over by each band, that should be considered a win. Moreover, putting all of these cultural influencers in one single setting creates some clarity. It’s a chance for small acts to get their “right place, right time” exposure, it’s an opportunity for radio play and MTV to take a much needed back seat to the live music experience, and most importantly, a way to create a dichotomy between celebrity and musician. Sure, the snazzy looking LA crowd will be the ones on all of the photo reels, but musicians shouldn’t be professional celebrities. Musicians should be musicians.

After a weekend full of streaming sets, from the legendary OutKast reunion to Foxygen’s fantastic display of trainwreckery, the MTV Movie Awards show provided the greatest sign of the times. It was flat. A true culture suck. Most in the crowd looked bored to be there, many of whom had come from Coachella. Even the fashionable Jared Leto, upon an introduction, professed to the crowd his love for the festival, asking who in the audience would be joining him for the second weekend. The instinctive reaction to that is to cringe (even if he did play Jordan Catalano). The instinctive reaction to Justin Bieber sharing the stage with Chance the Rapper is to be pissed as all hell. The knee-jerk reaction to seeing Beyonce and Jay-Z attempt to make the whole festival about themselves is to be angry. But when put into perspective, music is responsible for this grand scale celebration, and it should be damn proud.

Enter to win tickets to see Trio Da Kali at The Villa Victoria Center of the Arts (Newton, MA) on April 10th. END_OF_DOCUMENT_TOKEN_TO_BE_REPLACED

END_OF_DOCUMENT_TOKEN_TO_BE_REPLACED

Enter to win tickets to Rhye at The Paradise on February 28th. END_OF_DOCUMENT_TOKEN_TO_BE_REPLACED

Her new album has been pushed back, but we have Kimbra’s new single for you. END_OF_DOCUMENT_TOKEN_TO_BE_REPLACED

The folk duo returns with a new record this week. END_OF_DOCUMENT_TOKEN_TO_BE_REPLACED

Now that we’re done looking back at 2017, let’s look ahead at 2018. END_OF_DOCUMENT_TOKEN_TO_BE_REPLACED

Our first Song of the Week for 2018. END_OF_DOCUMENT_TOKEN_TO_BE_REPLACED

In a year when so many things were off, the music was right on. END_OF_DOCUMENT_TOKEN_TO_BE_REPLACED