Akrobatik: Boston hip-hop is more accepted outside the city 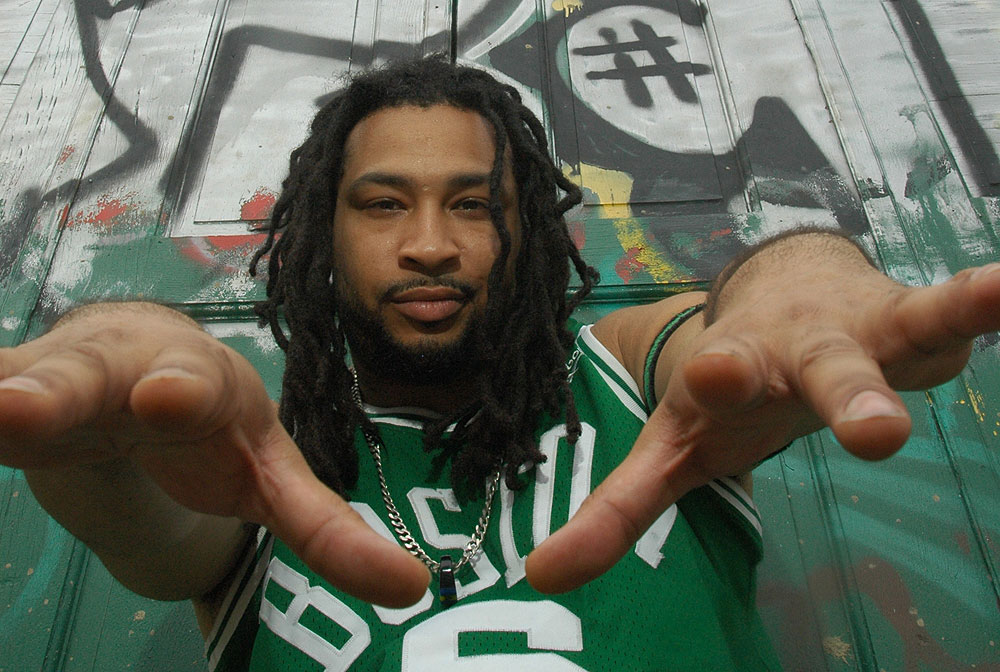 While Akrobatik is originally from Dorchester, he has found fame far outside the city’s limits. But considering he started performing here more than 15 years ago, he has an insider’s view of Boston’s music scene. Has he noticed any changes to how fans react to local talent or how venues book local acts? He is currently working on his third solo album, “Built To Last,” which is scheduled for release this spring.

Q. Are you recording your new album in Boston?

A. Yes, I have recorded about 90 percent of the material already and it was done the home studio of Tarik McFarland. Tarik is the most talented recording studio engineer I have met in my career and has helped take my sound to the next level.

Q. Tell me about Boston’s rap scene: Do people embrace it?

A. It’s an interesting thing. In my opinion, Boston’s rap scene is embraced more so by people in other regions and other parts of the world than by the locals themselves. A lot of this is due to the turnaround in population with the colleges and universities, but it also has something to do with the demographics and politics of the city.

Q. What’s standing in the way of rap shows in Boston? Or is it a huge underground scene?

A. I think the biggest problem right now is that some promoters seem to be in the business strictly for personal gain, with no consciousness of the consequences of their actions on the scene and culture. For instance, there are hip-hop promoters here who will tell you that booking a lineup of quality local artists represents too much of a risk, therefore making it more sensible to book an out-of-town headliner while having local openers “pay-to-play.” In this situation, the promoter need do nothing but book the venue and put a flyer on Facebook. The openers who paid to perform sell tickets to their friends, and the illusion that a great hip-hop event is taking place is complete. However, actual fans of the genre and talented artists from the area who should be getting paid to entertain their fans are neglected by these performers. It does make it more difficult when the scene’s roles are skewed to this degree. No real fan wants to sit through several hours of openers they don’t care about just to see one headliner. The quality of hip-hop shows in Boston has suffered from this.

Q. Has Boston embraced you and your talent?

A. The fans of Boston and the community of artists in this city have always been amazing to me. The support in good times and bad has always been humbling, and I will always be grateful for that. When I was recovering from heart surgery in 2011, the entire scene got together and did a benefit show for me and that outpouring of love helped get me through the most difficult time in my life. I couldn’t feel more embraced than that. And the opportunities I have had to do radio and TV have made me a household name in my hometown which is a really cool feeling. There are people who recognize my face and others still who recognize my voice from radio, and people always show love and let me know my talents are appreciated. Boston and its people will always be special to me.

Q. With fame, has it become easier to play different venues in the city?

A. Unfortunately, I usually have to leave town to get paid my expected performance fee. It feels as though people are always trying to find ways to include me without having to pay me anything near what I get to play elsewhere. I don’t know how all of the other guys are affected by this, but I don’t hear about a lot of Boston artists headlining shows in Boston, so I am sure their situations must be similar. It will be interesting to see if things change at all with the release of my new album and the election of a new mayor. I’m cautiously optimistic that Boston can catch up to the rest of the world’s major cities in terms of its status as a hip-hop market.

Enter to win tickets to see Trio Da Kali at The Villa Victoria Center of the Arts (Newton, MA) on April 10th. END_OF_DOCUMENT_TOKEN_TO_BE_REPLACED

END_OF_DOCUMENT_TOKEN_TO_BE_REPLACED

Enter to win tickets to Rhye at The Paradise on February 28th. END_OF_DOCUMENT_TOKEN_TO_BE_REPLACED

Her new album has been pushed back, but we have Kimbra’s new single for you. END_OF_DOCUMENT_TOKEN_TO_BE_REPLACED

The folk duo returns with a new record this week. END_OF_DOCUMENT_TOKEN_TO_BE_REPLACED

Now that we’re done looking back at 2017, let’s look ahead at 2018. END_OF_DOCUMENT_TOKEN_TO_BE_REPLACED

Our first Song of the Week for 2018. END_OF_DOCUMENT_TOKEN_TO_BE_REPLACED

In a year when so many things were off, the music was right on. END_OF_DOCUMENT_TOKEN_TO_BE_REPLACED