Against Me!, Mogwai, Doug Paisley, more albums out this week 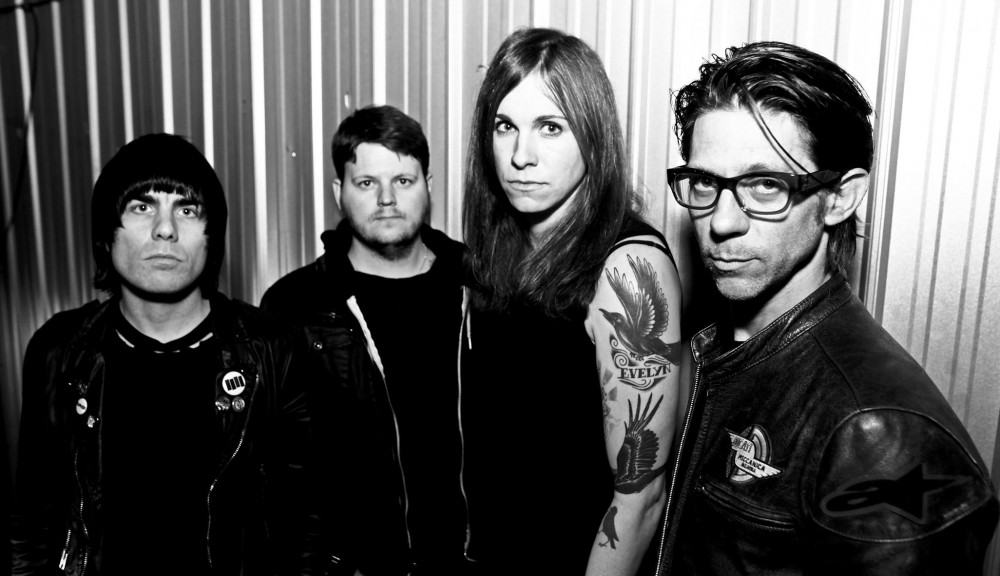 There are so many good albums out this week that it’s kind of tough to wrap the old noggin around it. There are those highly anticipated ones, like Against Me! and Mogwai, which live up to the anticipation, and then ones that come straight out of left field, like Doug Paisley’s excellent latest effort, or Warpaint’s new masterpiece. Check all of these out. You won’t be disappointed.

The first release by the Florida-based punk group since lead singer Laura Jane Grace (formerly Tom Gabel) publicly came out as a transgender woman is noteworthy for more reasons than the one non-musical one just stated. Much like the intellectually stimulated punk the band has produced in previous albums, “Transgender Dysphoria Blues” doesn’t feel the need to ease into any new role, and instead challenges the listener while remaining accessible and relevant.
In its eighth studio album, Scottish collective Mogwai continues to take a a step forward with each new release. While many other post-rock groups rely on overdoses of feedback, Mogwai seems to be the Radiohead of instrumental music — creating a different footprint with each album. With “Rave Tapes” the band incorporates ambient electronics for a Oneohtrix Point Never vibe, and even incorporates some spoken word into the mix.
Austin multi-instrumentalist Bill Callahan has been one of the more prolific songwriters in the psych-folk realm for almost 25 years. With “Have Fun With God,” the singer completely redoes his 2013 album “Dream River” with what he calls “dub versions.” Callahan’s deep baritone commands for a release that is rootsy enough to channel Leo Kottke, but progressive enough to remain forward-thinking among the pack of today’s neo-folkers.
It’s been long enough since we last heard from LA quartet Warpaint, but this album is definitely worth the wait. The band’s self-titled continues to seek new territories, hitting an equilibrium of intellectual vocal parts and industrial grooves. Think of it as a sweet-voiced sequel to Here We Go Magic’s last album.
Chillwave seems to be a genre that ended as quickly as it began, but there are some champions of the style that continue to help cultivate it. Dog Bite, the project of Phil Jones, who is also a member of Washed Out, gives chillwave something to chew on, with experimental hints that sometimes add even greater touches of haze, and other times glitchier percussive elements.
Damien Jurado is best described as one of your favorite songwriters’ favorite songwriters. Now on his 13th album, Jurado does his best job at defining his own personal sound, while leaving room for some offbeat brilliance. There are tracks that yield some hippie freak goodness, and plenty to soak in his sophisticated writing prowess.
Vancouver’s Mode Moderne are almost too ’80s British post-punk for its own good. It’s not necessarily a bad thing, though. In the band’s second album, Joy Division and Morrissey influences are still worn on the sleeves, but there a small touches of dance rock and energized rhythms that pull this band’s sound out of the permanent depths of sorrow for a fairly engaging listen.
If you’re looking for a definitive line between true alt-country and the new wave of radio-friendly folk, Doug Paisley is a good man to turn to. The Canadian songwriter gathers all of the twang and drawl you could ask for, and if you check out third track “It’s Not Too Late (To Say Goodbye),” there is some devastatingly lovely writing going on. It’s a fine change of pace from the foot-stomping, hey-shouting, acoustic music we’ve grown accustomed to, here’s to hoping it sees equal success.