After taking a taxi to a theme park, this man invited his cabbie to join him 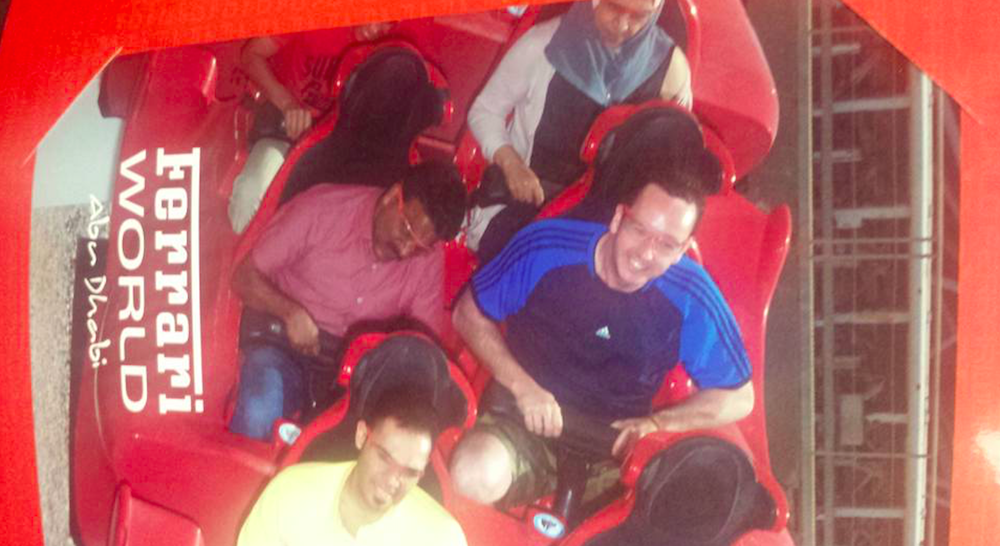 A taxi driver in Dubai was in for a different kind of ride this past weekend.

The story begins with Liam Murphy, an engineer currently traveling in the United Arab Emirates. 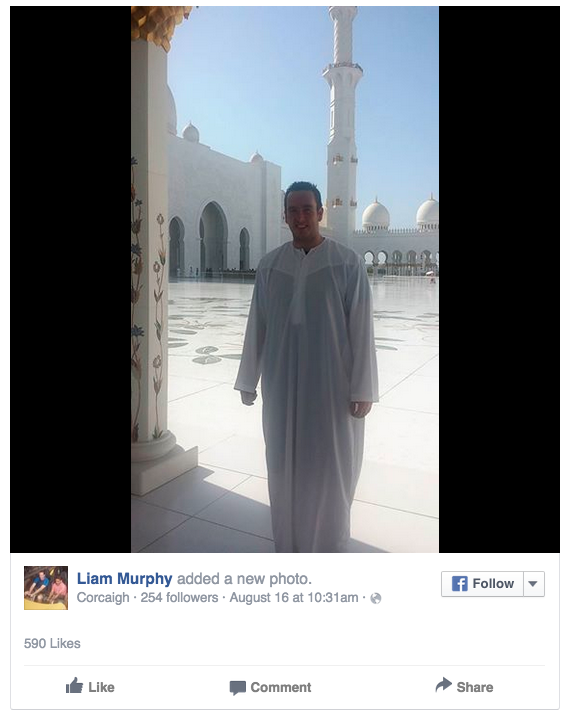 Though he’s there for business, Murphy, of Ireland, headed out this past Sunday to the theme park Ferrari World in Abu Dhabi.

He took a taxi from Dubai to get there, driven by a man named Shakiha.

Murphy soon learned that Shakiha had lived in the United Arab Emirates for 14 years but had never been to Ferrari World. That was soon about to change.

“He was going to wait in the car for four hours. Today, I made his dreams come true for the laugh,” Murphy wrote in a Facebook post (albeit a bit self-servingly). 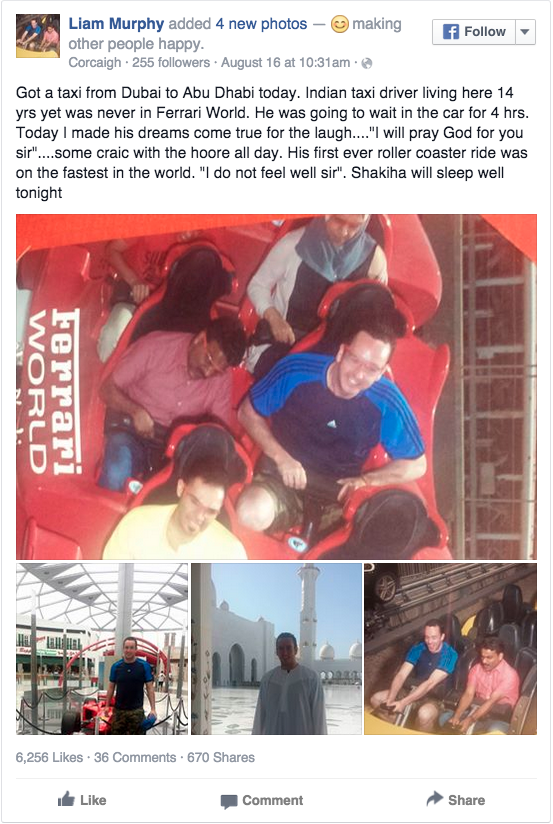 Together, they toured the theme park and checked a few “firsts” off their respective bucket lists.

“His first ever roller coaster ride was on the fastest in the world,” Murphy wrote. “[He said,] ‘I do not feel well sir.’”

It seems like a close call trying to determine which man had a better time that day: Though Shakiha may have felt sick from the roller coaster, he got to experience Ferrari World rather than wait in the cab. And Murphy apparently got a whole lot of fun out of watching him do it.

“Every time he drops passengers off, he stays in the car for the day,” Murphy told BuzzFeed. “I decided to bring him along for the laugh. He was great entertainment. I bought him some pizza on the way home. His family are in India and he said he sends money home each month. I felt sorry for him.”

Curious what Murphy’s expression, “some craic with the hoore all day,” in his Facebook post meant? A Redditor was able to translate: “I had fun with that cheek fellow all day.” 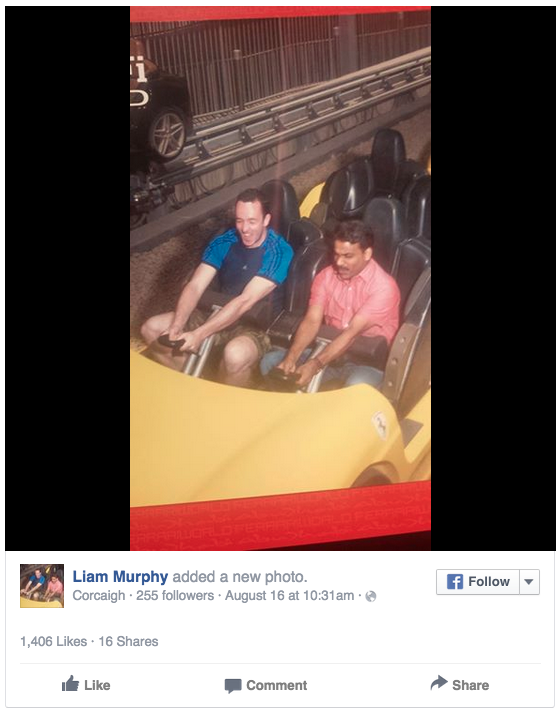