Are Affleck and Damon Stirring up Yankee Hate With New Film? 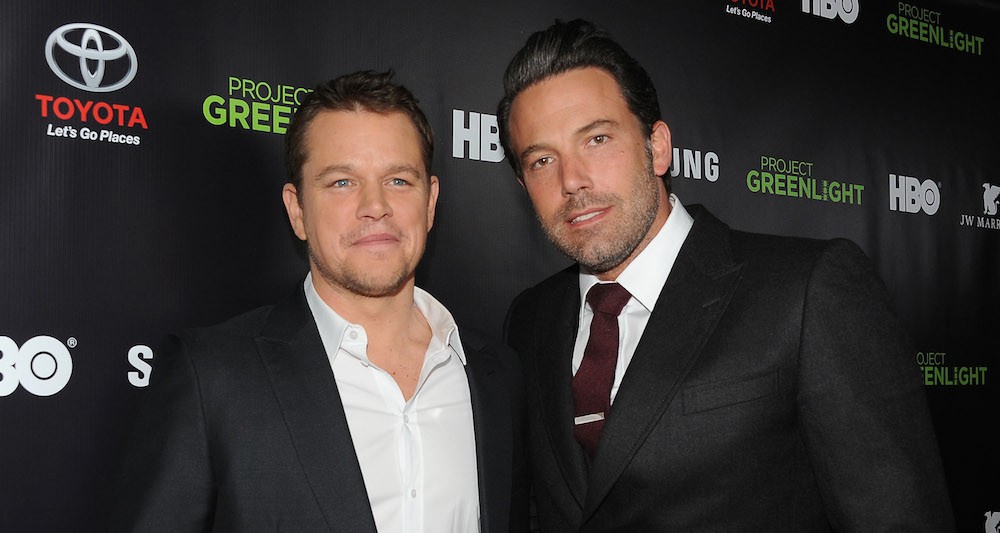 Ben Affleck and Matt Damon are plowing ahead on a baseball movie they’ve been trying to make since 2010 — not about the Red Sox, but the New York Yankees.

Despite Affleck refusing to wear a Yankees cap during filming of last year’s Gone Girl, the duo are forging ahead with The Trade, a film based on Yankees pitchers Fritz Peterson and Mike Kekich, who infamously swapped wives (and families, houses, and pets) in 1972.

Despite initial wedded bliss, Kekich and Peterson’s ex-wife Marilyn separated, though Peterson and his wife, Suzanne, are still together today. According to the New York Post, Kekich later said of his teammate Peterson, “I’d like to kill him.”

While busy schedules partially explain why Damon and Affleck have been unable to get The Trade made for half a decade, part of the holdup is due to Kekich, who reportedly moved to New Mexico under an assumed name and told former teammates not to cooperate with filmmakers.

Affleck and Damon originally intended to star as Peterson and Kekich, but at this point are only attached to the project as producers, according to Variety. Warner Bros., the studio responsible for The Trade, did not immediately respond to request for comment. While Damon, Ben Affleck and Casey Affleck all have taken cracks at the script over the years, only Casey and David Mandel (Curb Your Enthusiasm, The Dictator) are attached to the film’s latest draft.

So why should the Yankees be upset about all of this? Besides the salacious nature of pro ballplayers wife-swapping, there are many other tales of New York player’s proclivity for extramarital dalliances on the record from that era. Take this excerpt from Damn Yankees: Twenty-Four Major League Writers on the World’s Most Loved (and Hated) Team:

Once the press had established its interest in ballplayers’ sex lives, and ballplayers had stopped pretending they were Boy Scouts, the game developed layers of subterfuge to protect the guilty. Some equipment managers carried a special cigar box, where wedding rings were deposited on road trips. Occasionally teams would talk about barring wives from the team plane, citing all sorts of flabby excuses to disguise the real reason: the players’ conviction that a teammate’s traveling wife was a spy for all wives…

Every franchise has their own sordid pasts, sex-related and otherwise. But an internationally recognized franchise known for holding its players to clean-cut standards certainly doesn’t want any dirt on its pinstripes, no matter how old it is.

By the way, if this is all a ploy by the Post to get Yankees players motivated ahead of tonight’s game against the Red Sox  at Yankee Stadium, it’s not going to work.

Enter to win a pair of tickets to attend The Hess Collection Seminar and Dinner as part of Boston Wine Festival 2018 at the Boston Harbor Hotel on Wednesday, March 14th. END_OF_DOCUMENT_TOKEN_TO_BE_REPLACED

The Black and Gold continue their run tonight at TD Garden. END_OF_DOCUMENT_TOKEN_TO_BE_REPLACED

Who will make the Class of 2018? END_OF_DOCUMENT_TOKEN_TO_BE_REPLACED

It’s been awhile since we talked Black and Gold. END_OF_DOCUMENT_TOKEN_TO_BE_REPLACED

You’re going to wish you were in the Northern Alps. END_OF_DOCUMENT_TOKEN_TO_BE_REPLACED