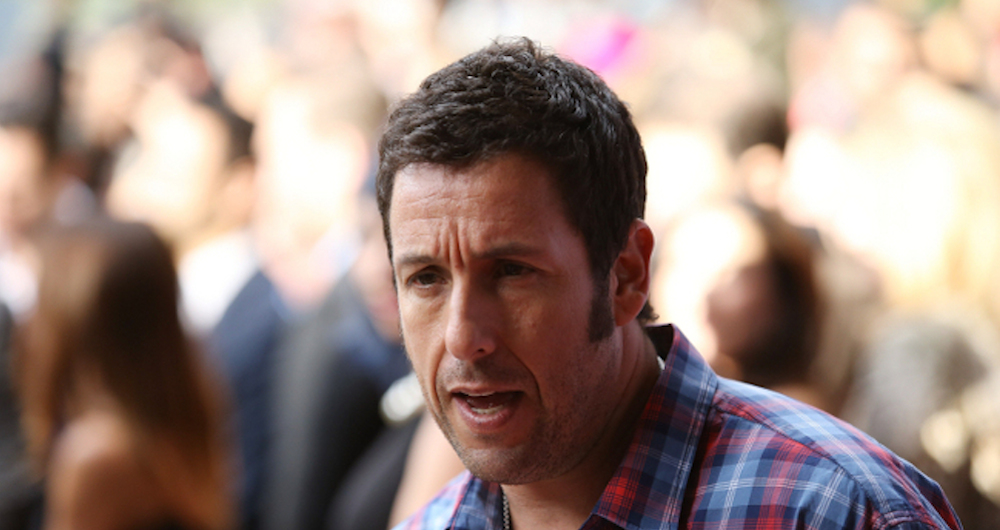 Fresh on the heels of Netflix’s announced partnership with The Weinstein Company to produce a “Crouching Tiger, Hidden Dragon” sequel, the streaming video service turned studio brokered another partnership sure to sweep the Academy Awards for the next five years: A four-movie exclusive deal with comic legend / 48-year-old pre-teen Adam Sandler.

Sandler’s films have grossed about $3.9 billion worldwide at the box office. According to Netflix, he’s among the few actors whose movies consistently rank among the most-viewed by subscribers in the U.S. and in other its other regions, ranging from Brazil to the U.K.

“When these fine people came to me with an offer to make four movies for them, I immediately said ‘yes’ for one reason and one reason only… Netflix rhymes with ‘wet chicks,’” Sandler said in a prepared statement. “Let the streaming begin!”

Someone over at Weetabix should get Sandler’s agent on the phone, because it sounds like he’d probably shill their cereal for free.

We said on Tuesday that everyone should hold off until Netflix’s fourth or fifth original movie before anointing them the new kings of the silver screen, but with the Sandman set so both star in and produce the four films, their status is cemented. After all, Sandler has won more awards than any other actor, every film released by his Happy Madison Productions has been met with universal acclaim, and he has proven he cares deeply about his craft. At the very least, the partnership ensures that Netflix will have a stranglehold on the coveted 25-44 year-old males who never graduated high school demographic.

HUBweek came to Boston, and we were there to take it all in. END_OF_DOCUMENT_TOKEN_TO_BE_REPLACED

Golden Globe and Emmy nominee Benjamin Wallfisch is the composer responsible for the score of the hit movie IT. I talked to Ben about his approach to scoring the new version of this iconic story and his thoughts on film and music overall. Some very insightful commentary; listen in. END_OF_DOCUMENT_TOKEN_TO_BE_REPLACED

Rupert Gregson-Williams is an award-winning film composer. He just so happened to compose the score for this summer’s big blockbuster Wonder Woman. We talked about his beginnings in film scoring, film scores that move and inspire him and, of course, Wonder Woman. END_OF_DOCUMENT_TOKEN_TO_BE_REPLACED

Jeff Rapsis is a New England-based composer and performer. Lately, he’s been creating live musical scores for silent film screenings. I talked to him about his process and a few of his upcoming performances at The Capitol Theatre in Arlington and the Somerville Theatre. You can keep track of where else Jeff is scoring silent films here. END_OF_DOCUMENT_TOKEN_TO_BE_REPLACED

Planning on seeing Rogue One: A Star Wars Story when it opens this weekend? I joined Adam 12 to give you an idea of what to expect. But don’t worry, I didn’t give anything away. END_OF_DOCUMENT_TOKEN_TO_BE_REPLACED

No, not from afar, from the comfort of her couch. From the actual awards themselves. That’s where Meredith Goldstein was for the Oscars. She shared all the juicy, first-hand details with me. END_OF_DOCUMENT_TOKEN_TO_BE_REPLACED

To celebrate the opening of ‘The Force Awakens,’ I had some very special guests in studio to start the Thursday, December 17 edition of The Brink. Listen. END_OF_DOCUMENT_TOKEN_TO_BE_REPLACED

Watching the new Star Wars trailer a million times gave us all sorts of feels. And one of those feels was nostalgia. END_OF_DOCUMENT_TOKEN_TO_BE_REPLACED