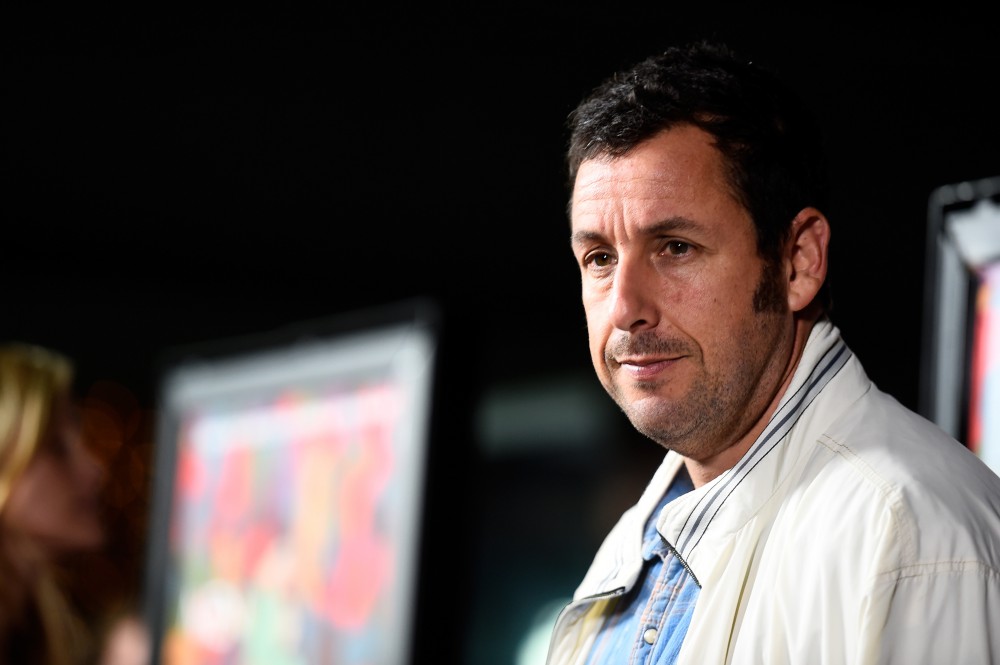 Some will say that Adam Sandler is most famous for his early works like Happy Gilmore and Billy Madison, others will remember his sharp decline into mediocrity in the ’00s. His project The Ridiculous Six, a clear spoof of 1960’s The Magnificent Seven, appears to lampoon the stereotypes of old Western films, to the point where extras are walking off set due to the film’s portrayals Native Americans.

According to Indian Country Today Media Network, 12 extras and the film’s “cultural advisor” walked off set this week after being subject to material like this:

The examples of disrespect included Native women’s names such as Beaver’s Breath and No Bra, an actress portraying an Apache woman squatting and urinating while smoking a peace pipe, and feathers inappropriately positioned on a teepee.

Some of the extras interviewed after leaving the production explained that the film had been misrepresented to them by The Ridiculous Six‘s producers– that the film was a comedy, but not a racist one. Extra Loren Anthony told ICTMN that “I was asked a long time ago to do some work on this and I wasn’t down for it. Then they told me it was going to be a comedy, but it would not be racist. So I agreed to it but on Monday things started getting weird on the set.”

How weird, exactly? Extras were upset by inaccurate, broad costume depictions and crass jokes like the “Beaver’s Breath” gag. If they expressed displeasure with the point of view taken by the film’s script, they could see themselves out. Navajo film student Alison Young was also on set and told ICTMN:

“They just told us, ‘If you guys are so sensitive, you should leave.’ I was just standing there and got emotional and teary-eyed. I didn’t want to cry but the feeling just came over me. This is supposed to be a comedy that makes you laugh. A film like this should not make someone feel this way.”

After the news broke, Netflix jumped to the defense of its project, and according to Vulture, a rep from the country said the following:

“The movie has ridiculous in the title for a reason: because it is ridiculous. It is a broad satire of Western movies and the stereotypes they popularized, featuring a diverse cast that is not only part of — but in on — the joke.”

Instagram hints that Rob Schneider has some involvement in this film, too.

Golden Globe and Emmy nominee Benjamin Wallfisch is the composer responsible for the score of the hit movie IT. I talked to Ben about his approach to scoring the new version of this iconic story and his thoughts on film and music overall. Some very insightful commentary; listen in. END_OF_DOCUMENT_TOKEN_TO_BE_REPLACED

Rupert Gregson-Williams is an award-winning film composer. He just so happened to compose the score for this summer’s big blockbuster Wonder Woman. We talked about his beginnings in film scoring, film scores that move and inspire him and, of course, Wonder Woman. END_OF_DOCUMENT_TOKEN_TO_BE_REPLACED

Jeff Rapsis is a New England-based composer and performer. Lately, he’s been creating live musical scores for silent film screenings. I talked to him about his process and a few of his upcoming performances at The Capitol Theatre in Arlington and the Somerville Theatre. You can keep track of where else Jeff is scoring silent films here. END_OF_DOCUMENT_TOKEN_TO_BE_REPLACED

Planning on seeing Rogue One: A Star Wars Story when it opens this weekend? I joined Adam 12 to give you an idea of what to expect. But don’t worry, I didn’t give anything away. END_OF_DOCUMENT_TOKEN_TO_BE_REPLACED

No, not from afar, from the comfort of her couch. From the actual awards themselves. That’s where Meredith Goldstein was for the Oscars. She shared all the juicy, first-hand details with me. END_OF_DOCUMENT_TOKEN_TO_BE_REPLACED

To celebrate the opening of ‘The Force Awakens,’ I had some very special guests in studio to start the Thursday, December 17 edition of The Brink. Listen. END_OF_DOCUMENT_TOKEN_TO_BE_REPLACED

Watching the new Star Wars trailer a million times gave us all sorts of feels. And one of those feels was nostalgia. END_OF_DOCUMENT_TOKEN_TO_BE_REPLACED

END_OF_DOCUMENT_TOKEN_TO_BE_REPLACED

If you’ve finally finished crying over Inside Out — or Lava, the short that ran before it — Pixar is readying another assault on your tear ducts with The Good Dinosaur, if its newly released trailer is any indication. END_OF_DOCUMENT_TOKEN_TO_BE_REPLACED