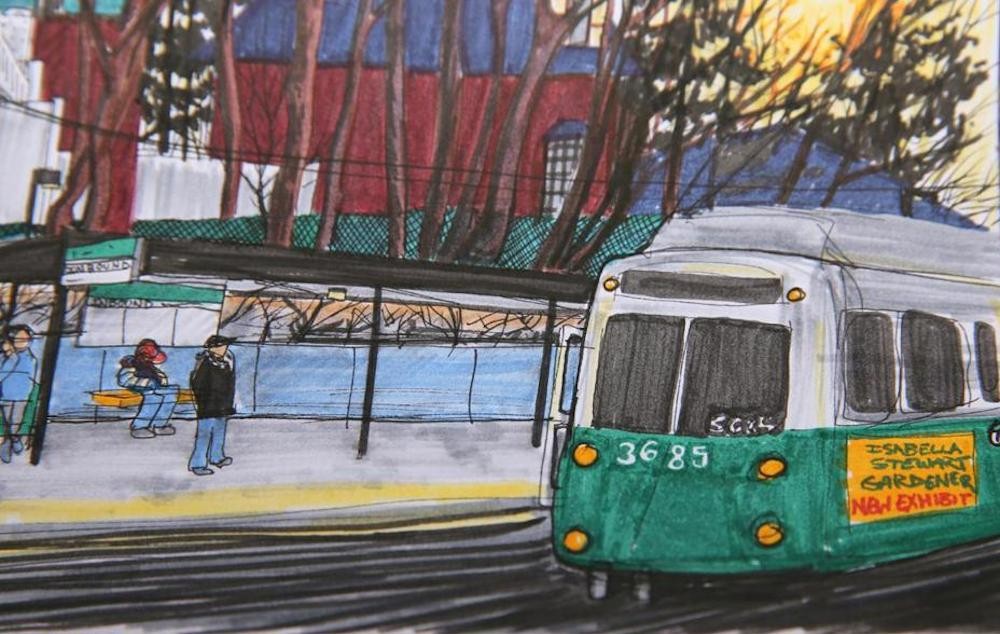 In January 2013, local artist Laura Meilman began an ambitious project: Draw all 121 subway and streetcar stations. Earlier this year, after two years of drawing — with a break in the winter of 2014 so her fingers wouldn’t freeze off — she finished the undertaking.

Now, as noted by Universal Hub, Meilman is selling a calendar featuring some of her favorite “T-scapes” just in time for the holidays. 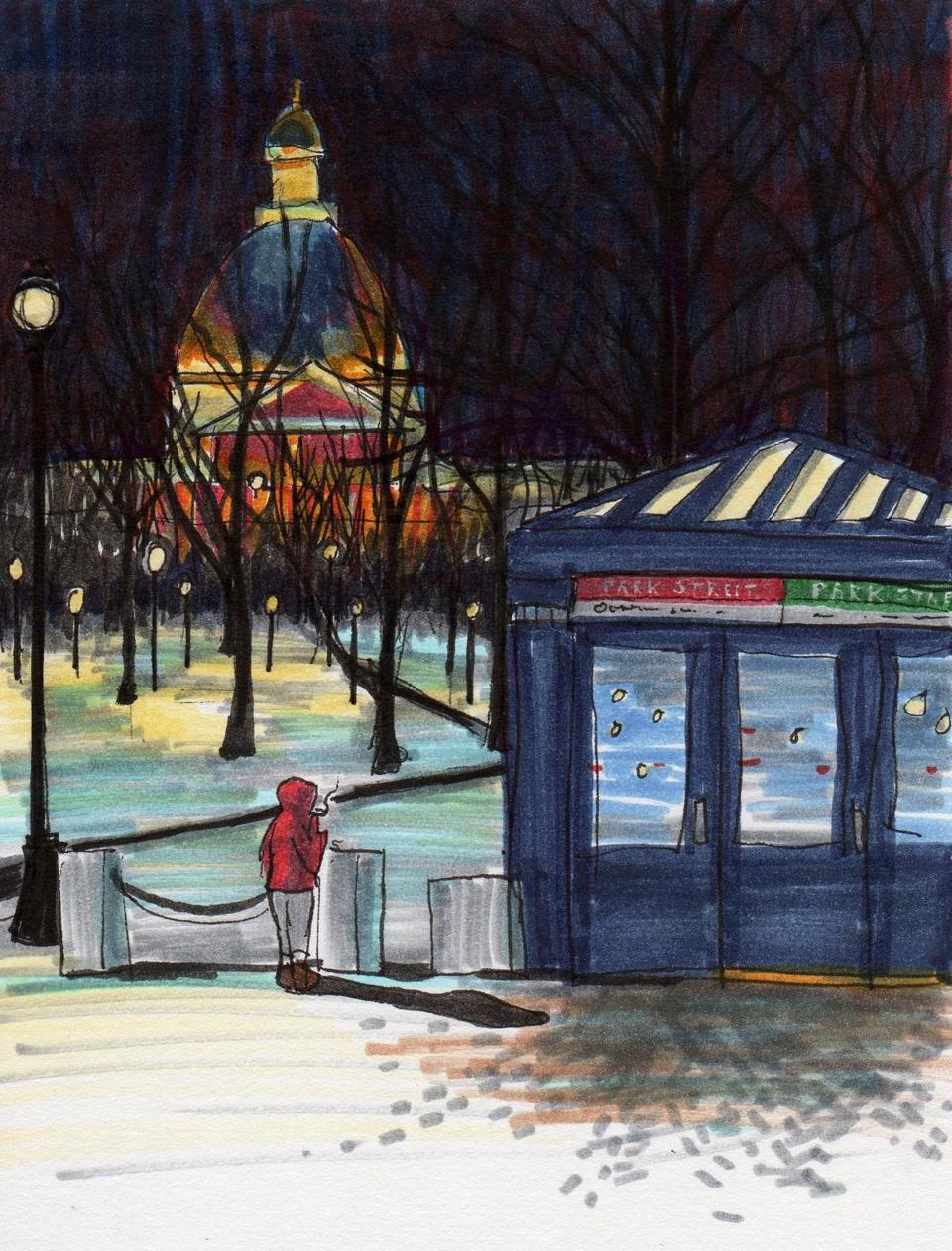 “I think [my drawings] are difficult to sell individually since I created them as a set,” Meilman said. “There are so many to choose from, and with a calendar you don’t have to choose!” 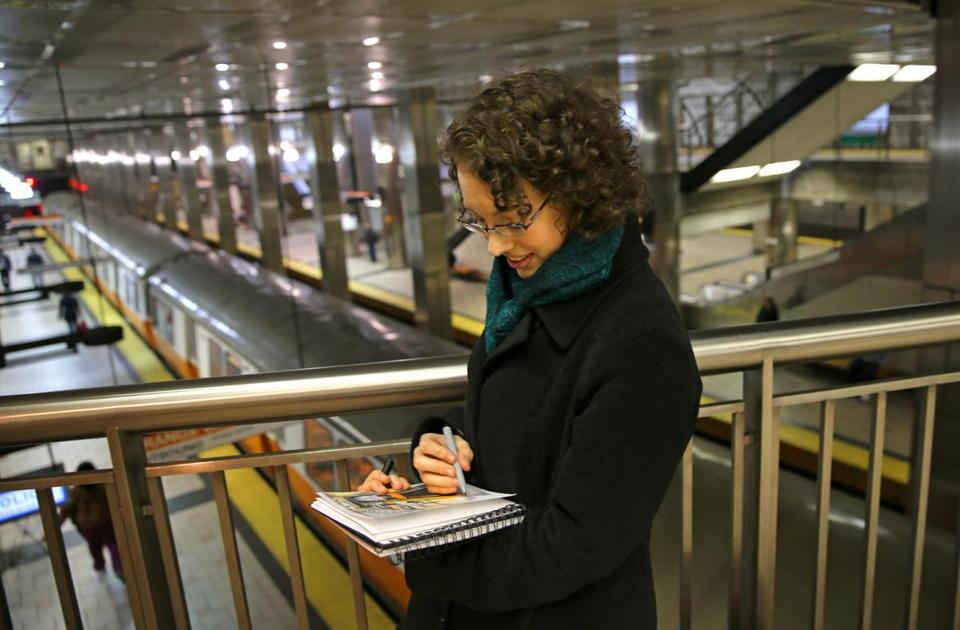 Because she started the project while living on the southern portion of the Orange Line, Meilman said she has a fondness for the Jamaica Plain stops, but also loves stops that present an extra visual flourish.

“My favorite ones to draw were often those that featured public art I could include in the sketch, like murals or sculptures,” Meilman said.

“I also happened to draw the D line in the fall when the leaves were changing color, and that was stunning.” 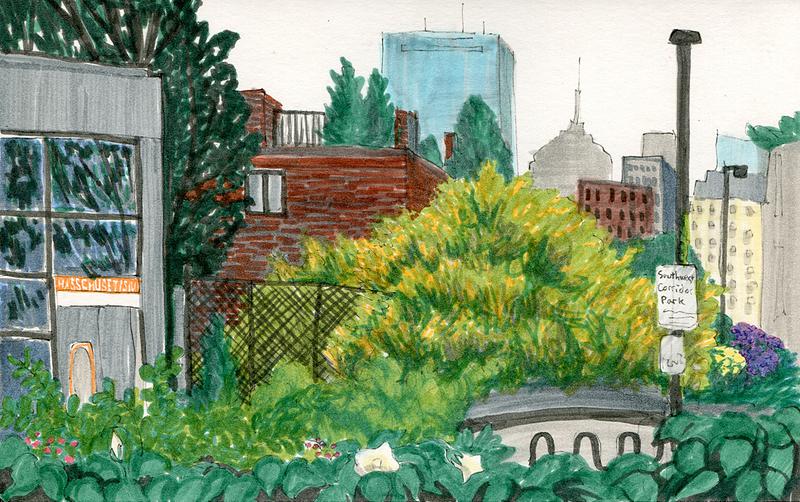 Meilman said she is planning to put a final order into the printer sometime this week so that the calendars will be delivered in time for the holidays.

That should hopefully keep these T calendars’ arrival times a bit more punctual than the T itself come wintertime. 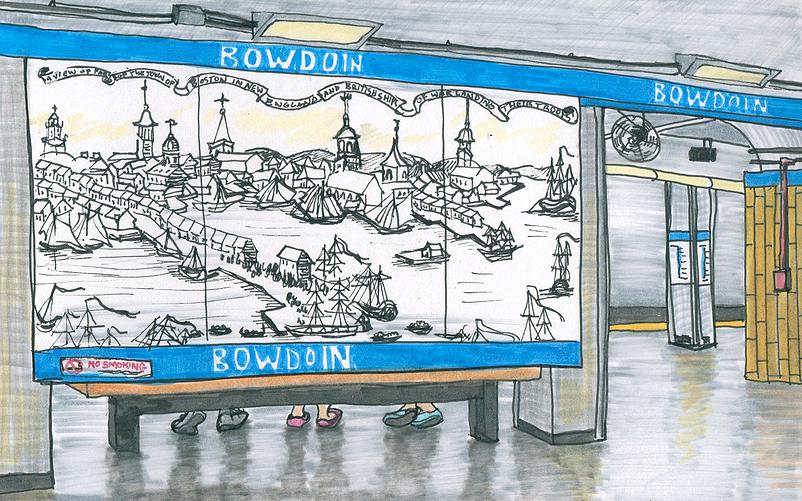