A St. Patrick’s Day lesson for Mayor Walsh and MassEquality 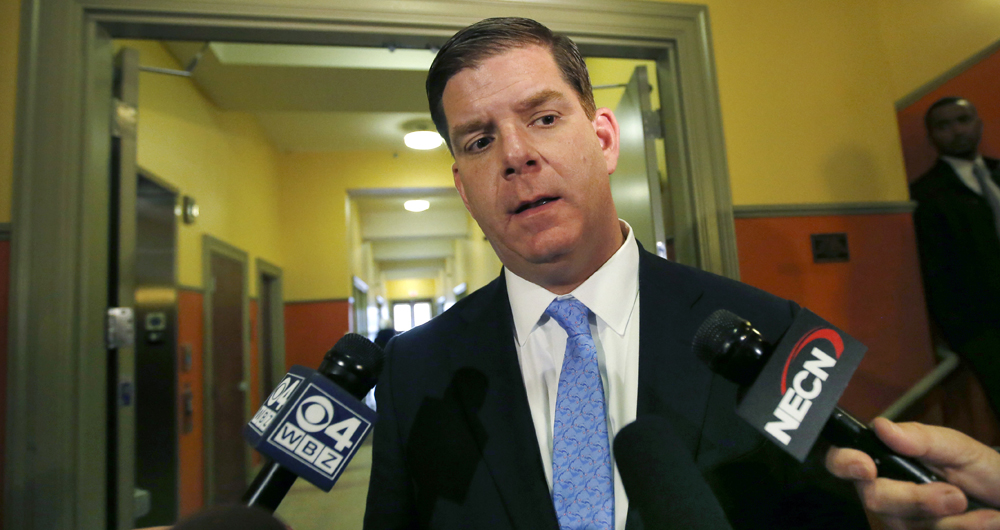 It was reported Thursday that Mayor Marty Walsh would try one more time to broker a deal between organizers of South Boston’s annual St. Patrick’s Day Parade and a gay rights group that would allow a group of gay veterans to march on Sunday.

At the beginning of the month, Walsh seemed to have squashed the decade-old controversy when the Allied War Veterans Council, the sponsors of the parade, extended an invitation, negotiated by the new mayor, to the advocacy group MassEquality to march under its own banner.

The deal did come with the proviso that the group not wear shirts or hold signs that make specific reference to sexual orientation, but it was nonetheless enough for Walsh to praise the agreement and subsequent invitation as the “biggest step in 20 years” toward full inclusion.

There’s a lesson to be learned here if you’re Walsh or MassEquality.

Next time you’re haggling with the Allied War Veterans Council, be sure to call “no take-backs” on any concession of reason you can pry from their grip on the 1950s, because those guys will flip on their word faster than you can projectile green vomit on the sidewalk.

In a press release that more than a little bit painted the council as victims of the gay crusade, parade organizers claimed they were “misled” by MassEquality and the LGBT Veterans for Equality, which submitted an application to march under “false pretenses” and the invitation was thusly withdrawn.

“We gave them what we figured was reasonable,” Philip J. Wuschke Jr., a parade organizer, told the Globe. “They wanted it all.”

By “all,” of course, Wuschke is referring to the basic liberty to (literally) walk down a street without having to veil the essence of one’s being.

That isn’t the only lesson to be learned here. The other is about knowing when to walk away and bow out of a fight, not because you’ve lost, but because you can’t win.

Organizers have fairly cited having the Supreme Court on their side to support their exclusionary policy, though they’ve handled their position with all the grace of a bow-legged ballerina.

They insist that they’re on the defensive, protecting the moral sanctity of their faith and patriotism from “harmful or inappropriate messages.”

But make no mistake about it. In describing the perceived shoehorning of Roy G Biv into their parade as a “Trojan horse,” organizers have thrown down the gauntlet and taken a swing themselves. They aren’t pinned in a corner. They aren’t on the defensive.

“This was a decision we made for the good of this parade,” they wrote.

No, they are very much on the offensive.

Enter to win a pair of tickets to attend The Hess Collection Seminar and Dinner as part of Boston Wine Festival 2018 at the Boston Harbor Hotel on Wednesday, March 14th. END_OF_DOCUMENT_TOKEN_TO_BE_REPLACED

Boston band Funeral Advantage is Tyler Kershaw. And Tyler Kershaw had a fun childhood, so it seems. END_OF_DOCUMENT_TOKEN_TO_BE_REPLACED

Perry put me on to daephne and the album blew my mind. END_OF_DOCUMENT_TOKEN_TO_BE_REPLACED

END_OF_DOCUMENT_TOKEN_TO_BE_REPLACED

I’m in my mid-twenties, and I’ve been working as a substitute teacher for the last couple years (I joined Teach for America right out of college). I know some of the girls in classes I teach have crushes on me — high schoolers aren’t very subtle — but I brush it off, because I’m not an idiot. Last week, however, I got a disturbing email from a girl in the English class I subbed for. Pictures were attached. You get the gist. What do I do about this situation? I obviously haven’t responded, but I’m afraid she might go Lifetime-movie on me. END_OF_DOCUMENT_TOKEN_TO_BE_REPLACED