A man who witnessed the Paris terror attacks shares his story

Freelance journalist Seth Porges walked out of a Paris apartment he was staying in Friday night when he was greeted by an abruptly violent scene. A man, bandaged and bleeding. Police officers, guns drawn, hiding behind vans. And yet 20 feet away, people were carrying on as if nothing had happened.

Porges quickly whipped out his phone. Twitter was silent. So he sent out a tweet warning others to stay away from the area.

If in #Paris, stay the F away from canal side of La République area. A man w AK-47 just gunned down multiple people & on run. Yes I'm okay

Huge crowd gathered at La Republique. Cops with guns drawn hiding behind vans. I'm getting out of here #paris

According to Porges, his tweet was the first public message (in English, at least) about the terror attacks that unfolded in Paris November 13. Soon afterwards, he got a call from a friend at CNN, and as he was patched into their live feed, he heard the word ‘bomb.’

“At first I thought they made a mistake,” Porges said, who had been in Paris to attend  an AirBnB conference. “I thought there was bad info that the guy in my area had a bomb. But then I realized that things were going on elsewhere, and that running from where I was might put me in more danger.”

As a journalist, Porges’s instinct was to spread the word. He had covered the aftermath of tragedies before — albeit under completely different circumstances — writing a piece for Forbes several days after the Boston Marathon bombing. But in his estimation, the two events played out slightly differently.

“The Marathon had a lot of media there,” Porges said. “It’s a major sports event. The fact that something had happened came much quicker. In this situation, you could walk 20 feet away from where it had happened and people had no idea.”

“People were still walking around drinking and laughing like it was any other Friday night. They had no idea there was a madman with a gun that had murdered a bunch of people.”

This was even closer to time of restaurant shooting. A million onlookers snapping photos, nobody realized situation pic.twitter.com/6z1QE39jlH

Porges added that even after appearing on CNN, he believes that people who had been watching coverage at home on their TV had more info than he did, something that may ring true for people who lived through that day in Boston.

Porges said that even an hour after the attack first hit the news he saw people out at cafes and bars enjoying their Friday nights.

“By the minute, more and more people became aware, and places got emptier and emptier,” Porges said. “And the few people that were out were no longer laughing and drinking.” 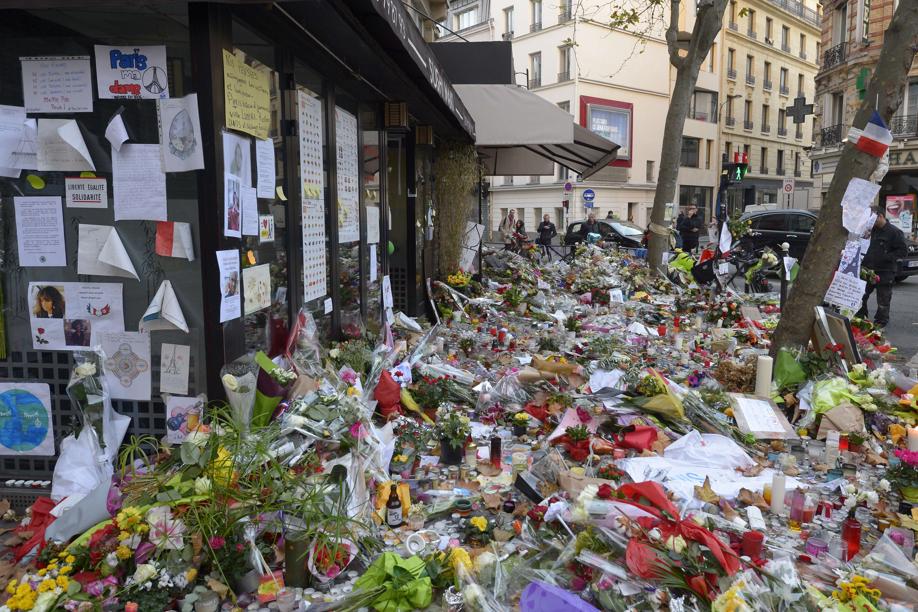