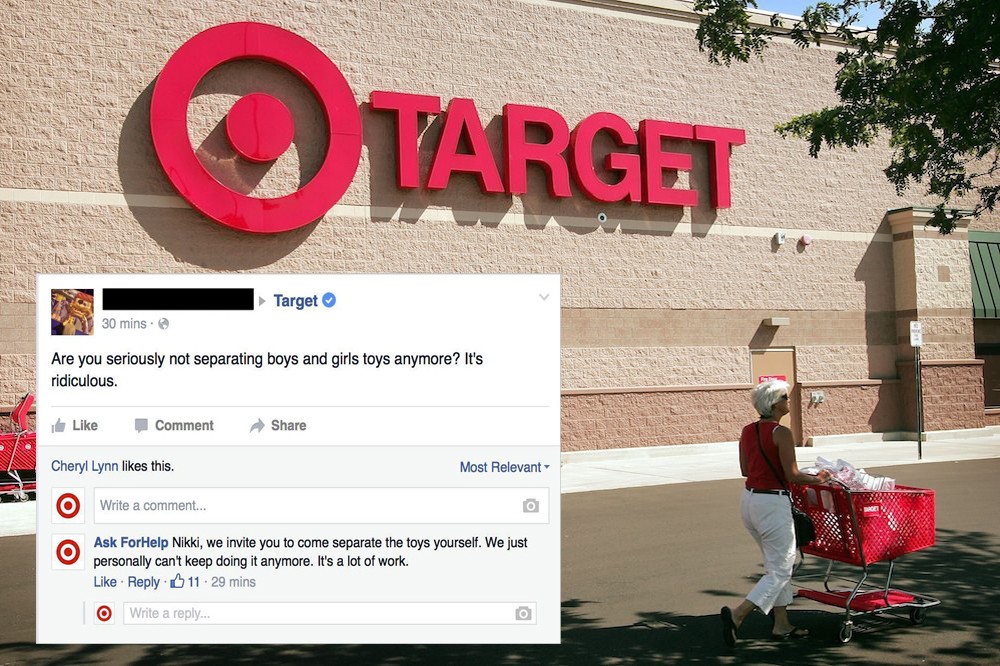 That’s when Mike Melgaard decided to step in. 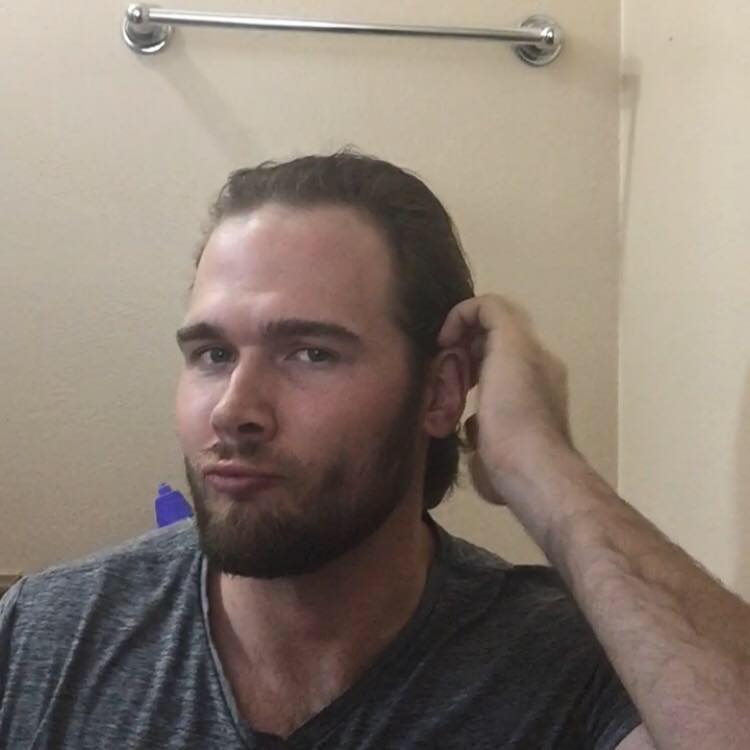 After seeing the outraged responses, Melgaard created an account posing as a Target customer service representative, giving the irate customers decidedly un-PC answers to their comments. 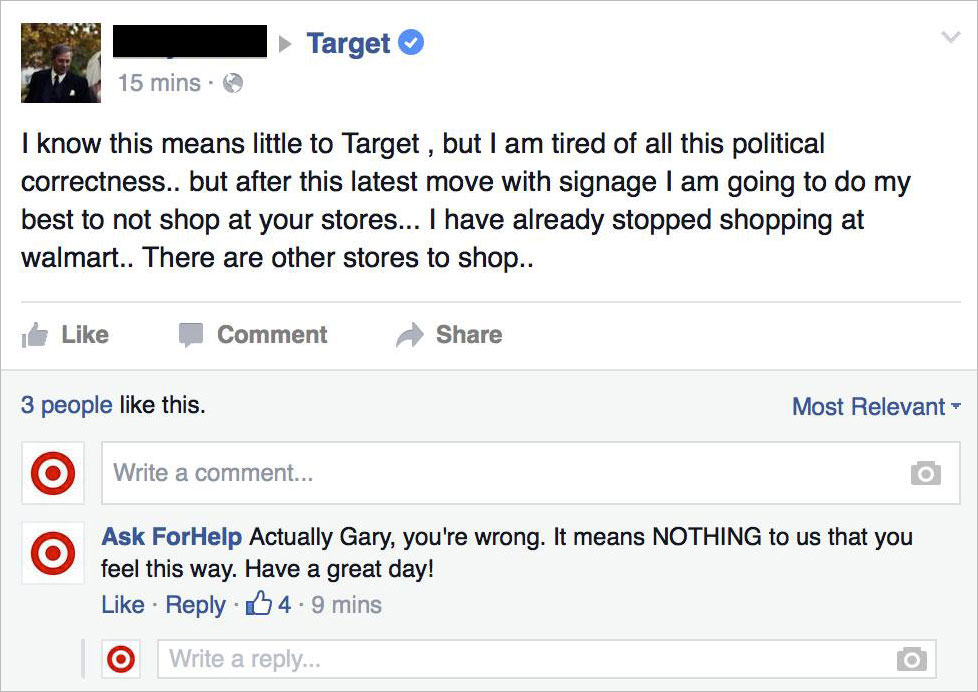 “Immediately, I knew there would be your typical outraged American spouting emotional reactions on their Facebook page,” Melgaard told AdWeek. “Honestly, it was like striking comedy gold. Every one of these people gave me the ammunition I needed for a great response.” 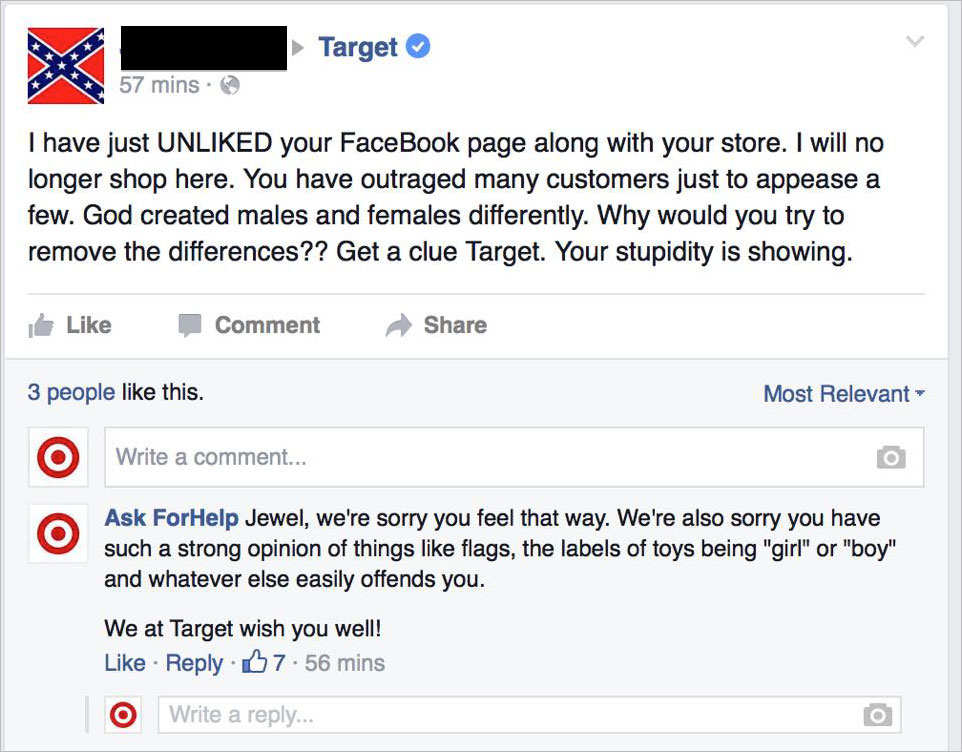 Melgaard managed to post around 50 “helpful” comments (most of which can be seen on his Facebook page) over the course of 16 hours before his fake account was shut down. 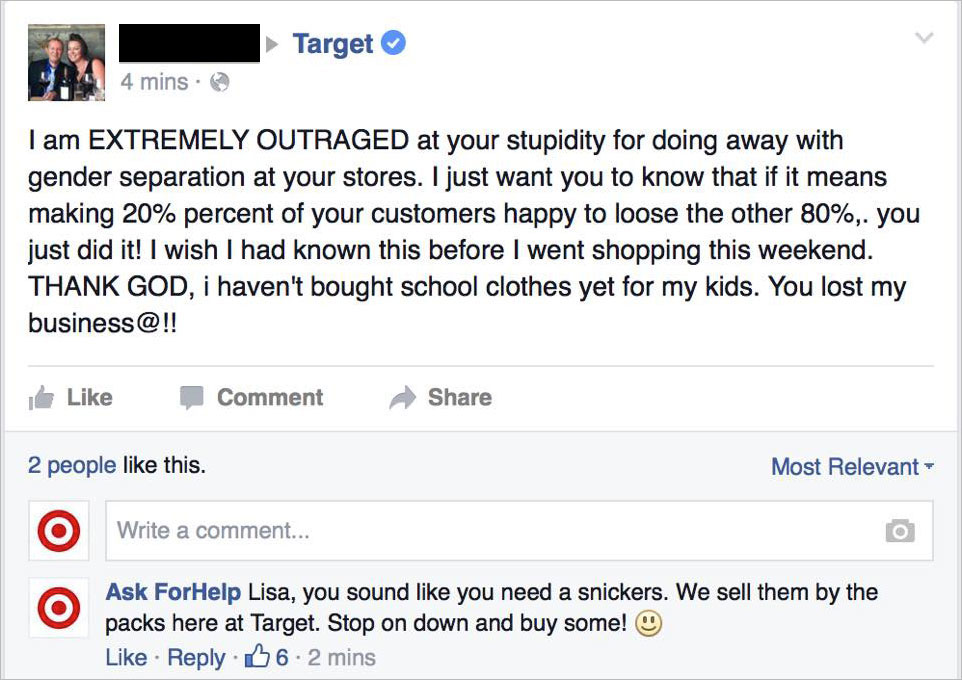 In a statement to AdWeek, Target disassociated themselves from Melgaard’s actions.

“At Target, we are committed to providing outstanding guest service to our guests wherever we engage with them—in our stores, online, or on our social pages,” their statement read. “Clearly this individual was not speaking on behalf of Target. Should guests ever have questions on whether a communication from Target is legitimate, we encourage them to reach out to guest relations at 1-800-440-0680.” 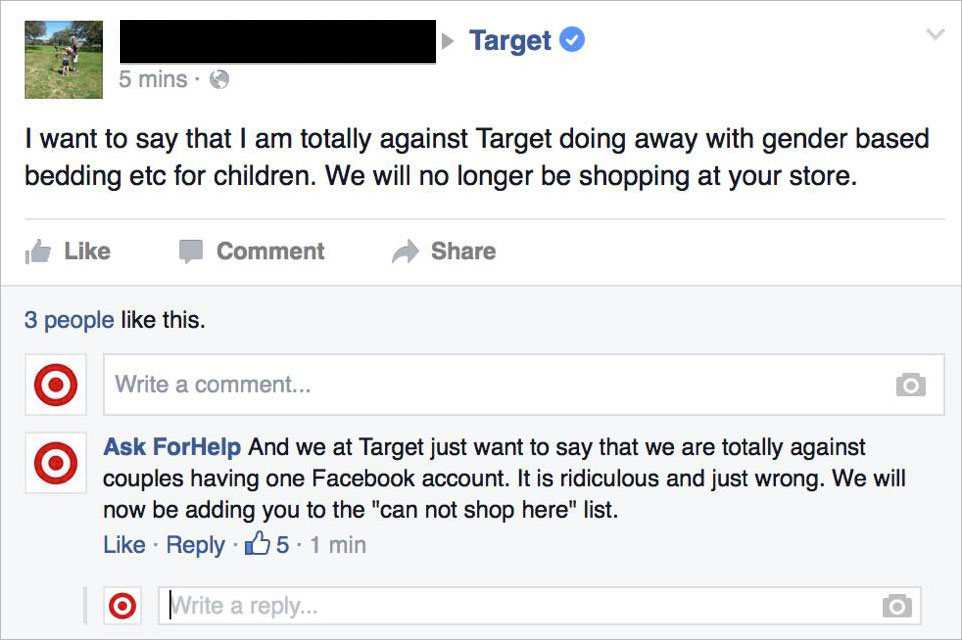 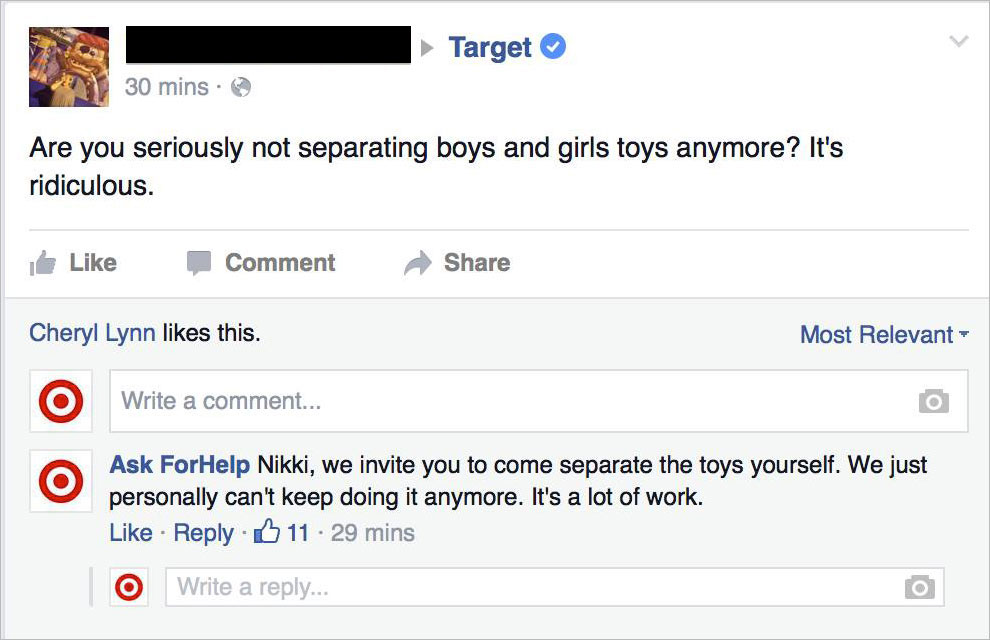 Even though Melgaard said the trolling was just for laughs, he still had something serious to say about Target’s decision. 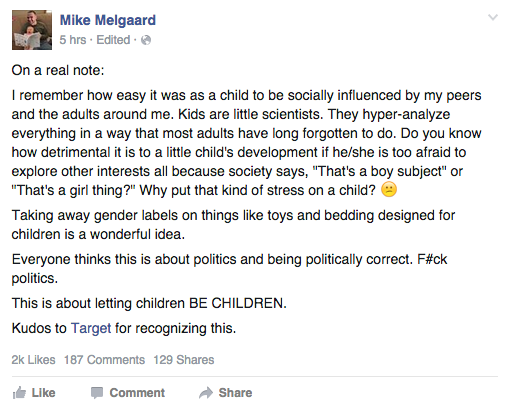 And despite Target’s assertion that Melgaard didn’t speak for them, this Facebook post seems to acknowledge at least one person at the company enjoyed his work.

While many have called out Davis since a video of her refusing to issue a marriage license to Rowan County residents David Moore and David Ermold went viral in July, relationship columnist and gay activist Dan Savage went a step further on MSNBC Tuesday night, saying that “this is about someone hypocritcally looking to cash in”. He added: “And she is a hypocrite.” END_OF_DOCUMENT_TOKEN_TO_BE_REPLACED

END_OF_DOCUMENT_TOKEN_TO_BE_REPLACED

David Filipov was part of the team that headed up the Boston Globe/Fox25 Olympic Debate last night. He offered his takeaways and analysis after an update on the latest exchange between Governor Baker and the USOC. All in all, our conversation does a pretty good job of getting you up-to-speed on all things Boston2024. END_OF_DOCUMENT_TOKEN_TO_BE_REPLACED

END_OF_DOCUMENT_TOKEN_TO_BE_REPLACED

Taxi driver Victor Perez Cardona didn’t want the traditional coffin for his wake. Instead, he wanted to be in his cab.
END_OF_DOCUMENT_TOKEN_TO_BE_REPLACED