A Door Fell Off the Green Line? So What? In 1897, Our Subway Didn’t Even Have Doors! 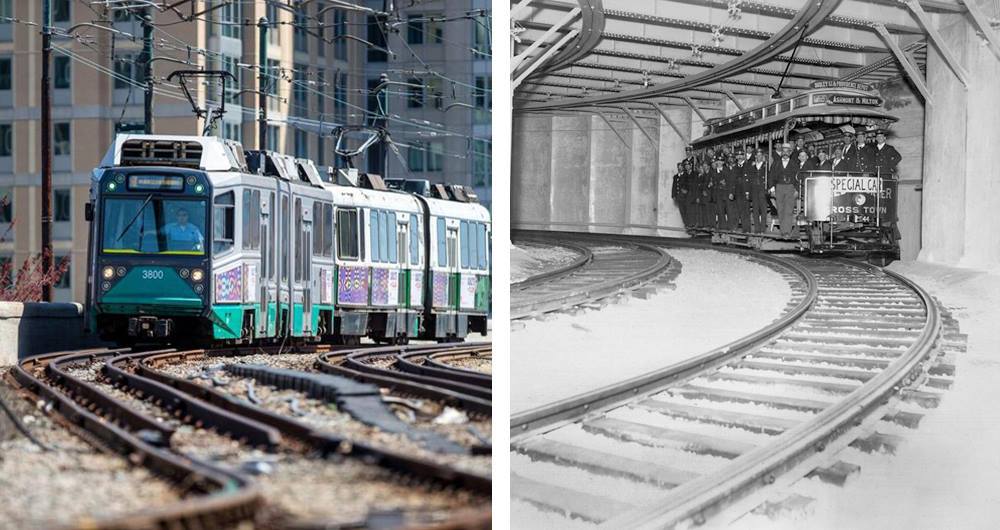 According to a chilling, though ultimately funny first-person account published this morning in Bostinno, a Green Line train lost its door on the tracks between the Boylston and Park Street stations.

.@BostInno I was next to the conductor and it was a crazy ride – here is a photo of what was left of the door. pic.twitter.com/zDGpB05bqU

According to Bostinno, a Green Line train heading inbound to Lechmere started showing signs of trouble around Copley. After an argument between the train operator and other MBTA employees, the train kept moving. That’s when all hell broke loose.

About halfway between Boylston and Park Street, I heard a woman begin screaming. There was commotion at the middle of the train car, and everyone was moving out of the vicinity of the stairs.

“The door fell off!”

I peered over toward the doorway, which was, in fact, completely open. Still, the train proceeded – apparently, it was now being pulled by another train car therefore couldn’t stop.

According to an MBTA spokesman, the train was being taken out of service when the door flew off, though it’s doubtful that information is of any great comfort to the passengers. Maybe the MBTA was a bit too hasty in announcing their new discount passes for youth and students when there seems to be a deficit in the functioning door budget.

UPDATE: MBTA Director of Communications Joe Pesaturo reached out to BDCwire with a statement regarding this morning’s incident:

A Green Line inspector is facing disciplinary action for failing to ensure that the trolley door was secured in the closed position before the train proceeded to Park St. Because of his failure to follow established procedures, a segment of the door dislodged after making contact with a part of the subway infrastructure.

A message to the worried passengers: It’s just one door. No need to get bent out of shape when there’s five more perfectly good doors to exit from. After all, our forefathers rode the subway to Park Street with no doors, and they were grateful, goddammit! 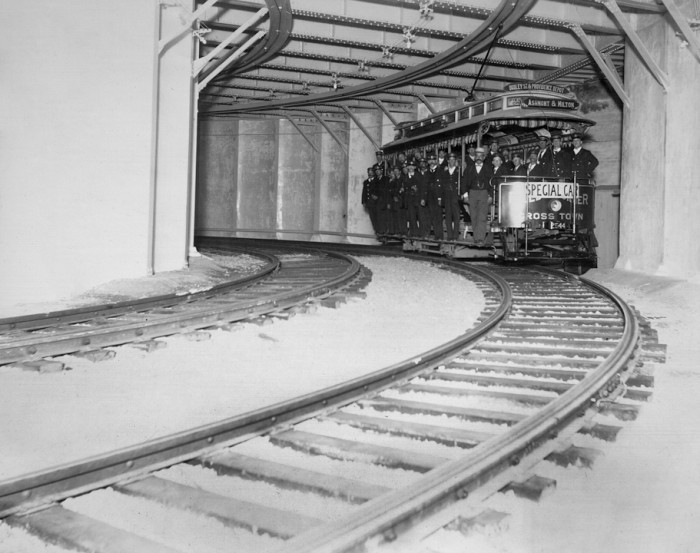 Yes, the above photo is an open-air streetcar in 1897 taking the very same sharp curve that we all take on the Green Line today. It should be noted that according to the Boston transportation historians over at Boston Streetcar, people did fall off or scrape the wall on occasion. Think about that the next time a door flies off your subway car, which will hopefully be never.

Enter to win a pair of tickets to attend The Hess Collection Seminar and Dinner as part of Boston Wine Festival 2018 at the Boston Harbor Hotel on Wednesday, March 14th. END_OF_DOCUMENT_TOKEN_TO_BE_REPLACED

Boston band Funeral Advantage is Tyler Kershaw. And Tyler Kershaw had a fun childhood, so it seems. END_OF_DOCUMENT_TOKEN_TO_BE_REPLACED

Perry put me on to daephne and the album blew my mind. END_OF_DOCUMENT_TOKEN_TO_BE_REPLACED

Watching the new Star Wars trailer a million times gave us all sorts of feels. And one of those feels was nostalgia. END_OF_DOCUMENT_TOKEN_TO_BE_REPLACED

Kevin Slane was in 6th grade in the year 2000. I was starting my radio career in the year 2000, peddling the sounds of Limp Bizkit and the like. So we decided to try and stump one another with some alt-rock sounds from that year. Listen in and feel free to play along. END_OF_DOCUMENT_TOKEN_TO_BE_REPLACED