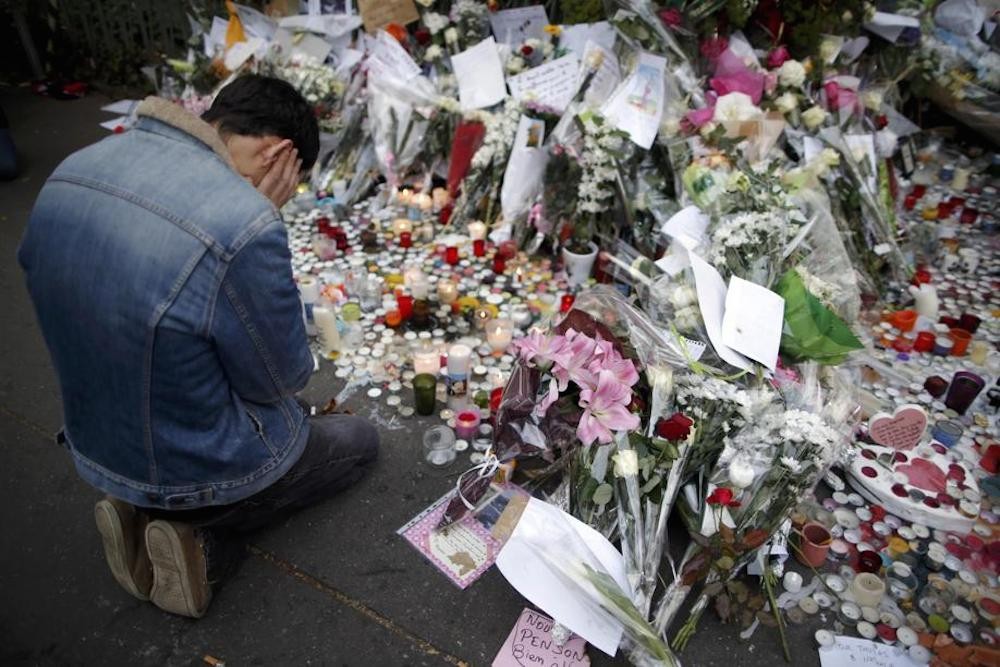 Millions of people around the world have sent prayers to the residents of Paris in the wake of Friday’s terror attacks, the second time the city has suffered an act of terror in 2015. But a cartoonist for Charlie Hebdo, the Parisian satirical publication targeted by an Islamic terrorist group in a mass shooting in January, doesn’t think Paris wants or needs your prayers.

In a drawing that cartoonist Johann Sfar posted to his Instagram account, he said Paris is about a different kind of faith.

“Friends from the whole world,” reads the cartoon. “Thank you for #prayforParis, but we don’t need more religion! Our faith goes to music! Kisses! Life! Champagne and joy! #Parisisaboutlife.”