On Thursday, Trump invited a woman up on stage to verify that his world-famous hair is, in fact, really his.

In front of a crowd in Greenville, South Carolina, Trump read from the front page of an issue of The New York Times, in which a Los Angeles radio host is quoted as calling Trump, “El hombre del peluquín,” or, “the man of the toupée.”

“I don’t wear a toupée,” Trump said. “It’s my hair. I swear!” Then he asked the woman to test his claim.

Feel like you’re having Trump hair déjà vu? You’re not alone. Trump has used his coiffure to nab headlines for years. And he’s let quite a number of women test its veracity as well.

June 2015: Per a clip from CBS News of a campaign stop in New Hampshire, Trump led off a campaign stop with: “Let me tell you: I really am very smart, and I’m very competent, and I’m really good at business, and I can make this country so rich and so great again.” Then, after saying people might not like his smile or his hair, he invited a woman up on stage to touch his hair. Her verdict? “It’s thin, but it’s real.” Bonus points to the woman in the background who yelled, “We only care about what’s underneath your hair!”

August 2014: Trump did the Ice Bucket Challenge. “I’ve been called out by everybody for the ALS Ice Bucket Challenge,” Trump said, with Miss Universe and Miss USA flanking him. “Homer Simpson, Mike Tyson, Vince McMahon… I guess they want to see whether or not it’s my real hair, which it is.”

June 2013: Trump let a reporter for Global News touch his hair, though he later admonished her for messing it up. “Tell you what, all my friends that are my age—gonezo,” he said, carefully ensuring each strand is in place.

December 2011: In an interview with Barbara Walters, Trump employed the tactic again, mentioning an article that allegedly said he was “very, very terrific at what I do” but also said he had a hairpiece. Walters gave it a solid tug and confirmed its authenticity.

So there you have it: The Donald’s hair seems to be real. And as long as Trump continues to draw headlines every time he answers that question, we’ll likely hear about it again before the next Republican debate. 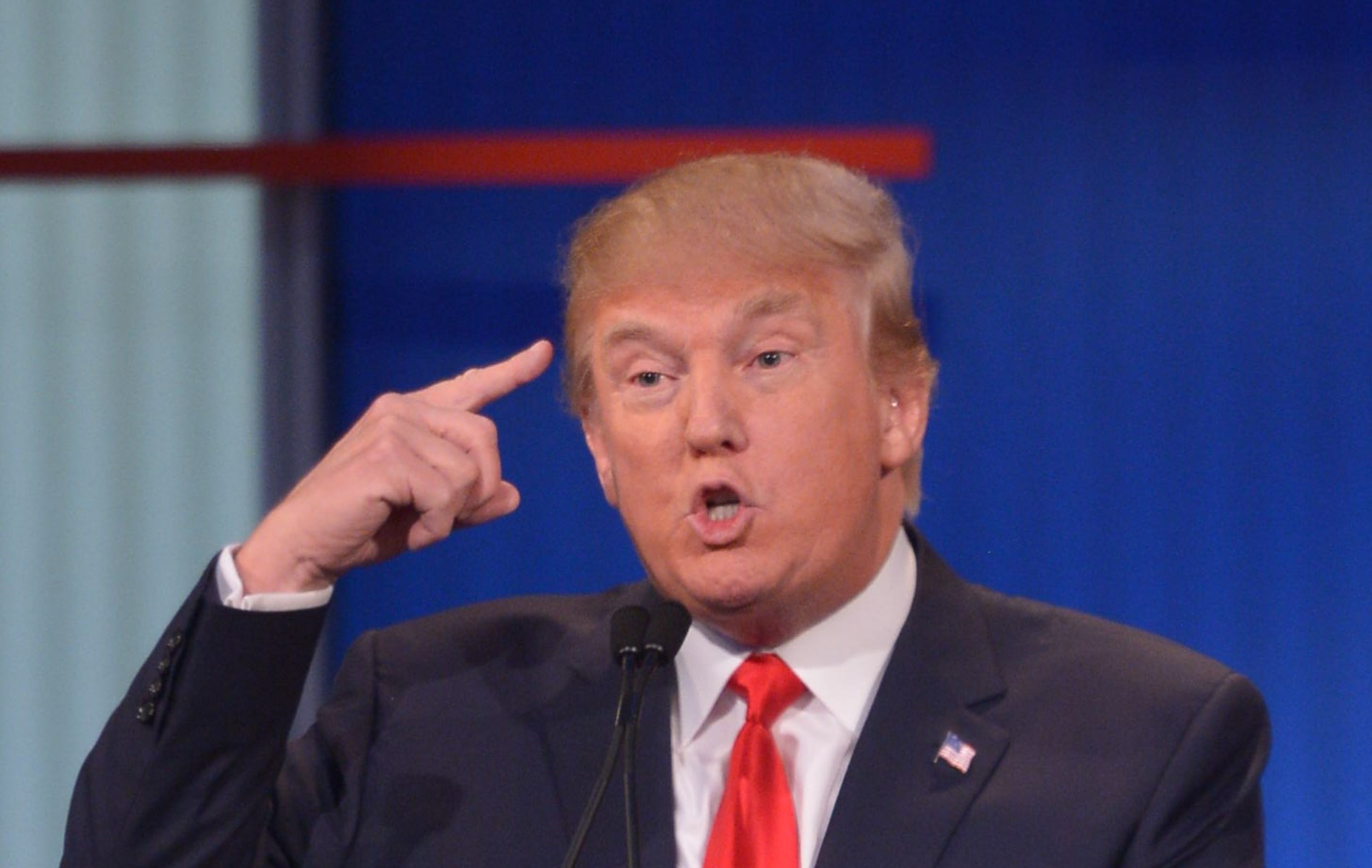 While many have called out Davis since a video of her refusing to issue a marriage license to Rowan County residents David Moore and David Ermold went viral in July, relationship columnist and gay activist Dan Savage went a step further on MSNBC Tuesday night, saying that “this is about someone hypocritcally looking to cash in”. He added: “And she is a hypocrite.” END_OF_DOCUMENT_TOKEN_TO_BE_REPLACED

END_OF_DOCUMENT_TOKEN_TO_BE_REPLACED

Freeman Plat Owner Jeremy Sallee and LTHR Supply Owner Jeremy Szechenyi are two gentlemen on the road to building financial freedom and a more stylish Boston by offering timeless accessories, footwear and apparel. Both have done so by creating high-quality lifestyle brands in their Boston homes. END_OF_DOCUMENT_TOKEN_TO_BE_REPLACED

END_OF_DOCUMENT_TOKEN_TO_BE_REPLACED

File this under cool cosmetic inventions coming out of Cambridge– two MIT Media Lab researchers are developing nail art decals that will double-time as touchpads to control your phone or laptop with a single swipe. END_OF_DOCUMENT_TOKEN_TO_BE_REPLACED