Marty Walsh has outdone himself, announcing that April 9 is now officially “Riot Grrrl Day” in Boston. The day will be celebrated in celebration of one of the movement’s key figures and Bikini Kill frontwoman Kathleen Hanna, who performs at the Wilbur tomorrow night. 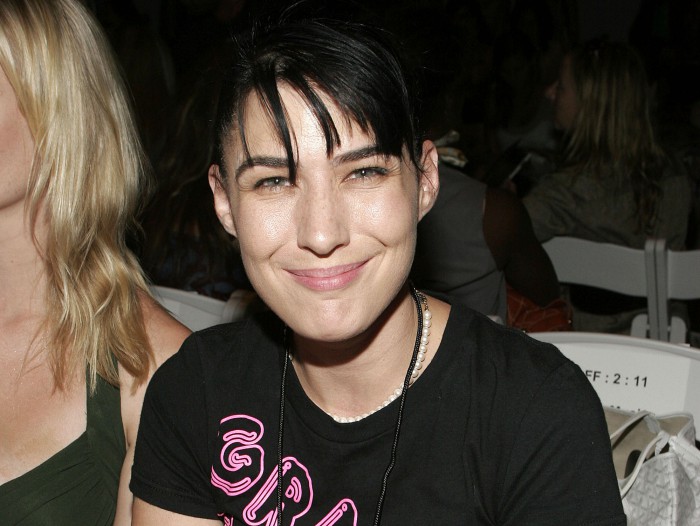 Here’s what the proclamation, signed into reality by Mayor Walsh himself, had to say about the importance of the riot grrl movement of the ’90s, according to Boston Magazine:

“The riot grrrl philosophy has never felt more relevant, with misogyny still rampant in many cultural spaces;” and “Riot grrrls redefine the language used against them and continue to fight the newest incarnations of patriarchy. In doing so, they ironically confirm one ex-congressman’s accidental wisdom: ‘the female body has ways to try to shut that down.’ It sure does: women’s voices telling their stories can shut that down.”

But what is the riot grrrl movement?

For those who weren’t around to watch it originally unfold, here’s a crash course now, so you can celebrate properly later. 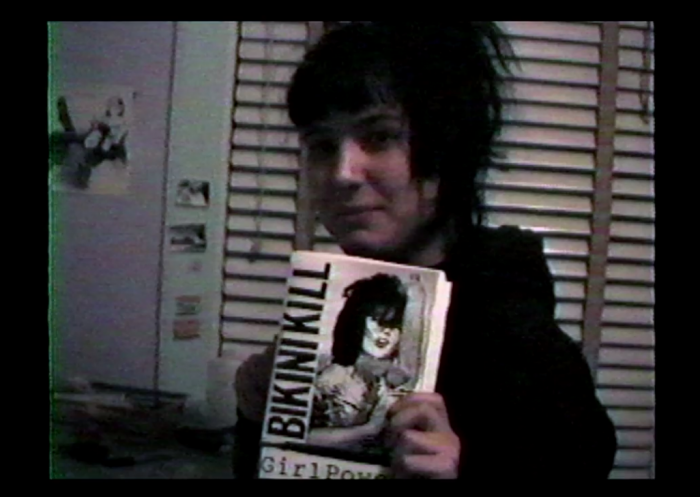 Screenshot From The Punk Singer

Origins and Bikini Kill
While riot grrls are far from the first major American feminist organization to emerge into the mainstream, the movement’s ties to performance art and occasional radicalism immediately set it apart. Riot grrrls weren’t afraid of volume, impoliteness and the hounds of political correctness. They had a message, and they wanted to say it as loud as possible.

The beginnings of the movement came from Hanna and some friends at Evergreen State College in Olympia, WA in the late 1980s. Hanna would perform and produce art with a feminist angle, and was recommended by a mentor to start a band to amplify her message. Punk had been popular in the U.S. since the 1970s, but had yet to produce a popular female-helmed group. Bikini Kill quickly took over the Olympia scene, not only for their music, but their message.

“There had to be Bikini Kill, there had to be, or we would have all starved to death culturally,” fellow female punk Tammy Rae Carbund of Mr. Lady Records and Videos said in riot grrrl documentary The Punk Singer.

The “Grrrl” aspect of the movement is the most important – it didn’t shy away from sexuality, and strove to reclaim aspects of girlhood that they felt societal pressures robbed them of. 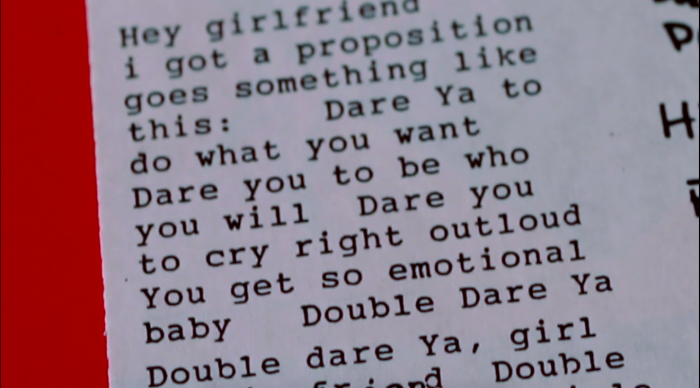 Screenshot from The Punk Singer, 2012

The punk scene as a whole responded to the manifesto, and Bikini Kill actively encouraged a safer, empowering space for women at punk shows. Men were welcome to participate, but the space in front of the stage belonged to the girls.

Bikini Kill shut out the media for some time after receiving some derogatory criticism from USA Today in the early 1990s. This move was perceived as fitting in perfectly with the riot grrrl sensibility – don’t like what’s happening? Take action and change the narrative.

Being a Riot Grrrl Today
Bikini Kill ended in 1997, freeing Hanna up to produce subsequent masterpieces like lo-fi solo project The Julie Ruin and new band Le Tigre all the way up to her show tomorrow night on the newly christened “Riot Grrrl Day.” The riot grrrl philosophy, aesthetic and legacy continues to influence art today including a slew of new female punk projects like The Barbazons, Slutever and others.

It’s a rare thing for a moment in pop culture to become anything more than a footnote, but Hanna’s work and message has made major progress in pushing the way women are perceived and respected– not just in punk, but in the mainstream.

Grab your miniskirt, your cassette player and your beautiful outlook on life, and a very happy Riot Grrl Day to all!

Enter to win tickets to see Trio Da Kali at The Villa Victoria Center of the Arts (Newton, MA) on April 10th. END_OF_DOCUMENT_TOKEN_TO_BE_REPLACED

END_OF_DOCUMENT_TOKEN_TO_BE_REPLACED

Enter to win tickets to Rhye at The Paradise on February 28th. END_OF_DOCUMENT_TOKEN_TO_BE_REPLACED

Enter to win a pair of tickets to attend The Hess Collection Seminar and Dinner as part of Boston Wine Festival 2018 at the Boston Harbor Hotel on Wednesday, March 14th. END_OF_DOCUMENT_TOKEN_TO_BE_REPLACED

Her new album has been pushed back, but we have Kimbra’s new single for you. END_OF_DOCUMENT_TOKEN_TO_BE_REPLACED

The folk duo returns with a new record this week. END_OF_DOCUMENT_TOKEN_TO_BE_REPLACED

Now that we’re done looking back at 2017, let’s look ahead at 2018. END_OF_DOCUMENT_TOKEN_TO_BE_REPLACED

Our first Song of the Week for 2018. END_OF_DOCUMENT_TOKEN_TO_BE_REPLACED