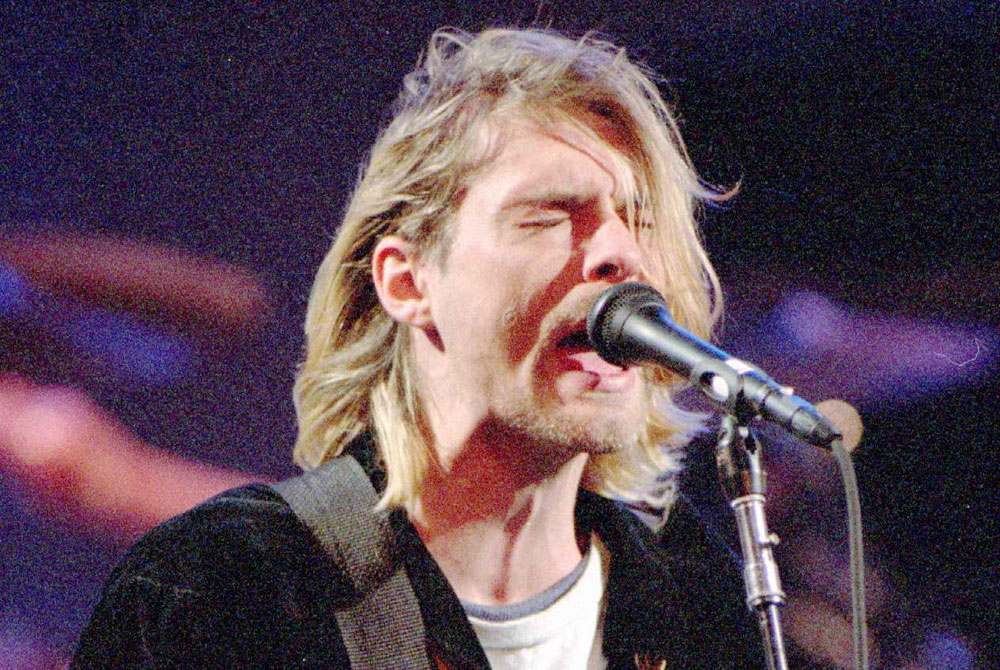 It took years of handwringing over whether to advertise their link to a quintessential rock musician who also happened to be a less-than-ideal role model, but in January, officials from Kurt Cobain’s hometown of Aberdeen, Wash., announced that the small logging community will henceforth celebrate Kurt Cobain Day on the late luminary’s birthday, Feb. 20.

The Seattle Times reports on plans for a ceremony commemorating a new Cobain statue at the Aberdeen Museum of History. A few lesser-known Cobain associates — his old guitar teacher, for one — are scheduled to be onhand. Aberdeenian Nirvana fans can absorb a performance by Gebular, a local band who has no hope whatsoever of becoming the most significant act to come from Aberdeen.

All that’s well and fine for those people. But what about we who, despite the relentless hoopla that surrounded recent reissues of “Nevermind” and “In Utero,” still aren’t worn out on Nirvana nostalgia? Here are some thoughts, in reader-friendly, list-form.

Celebrity gossip publications of dubious repute made a stink over Kurt Cobain’s only scion referencing cigarettes, booze, and possibly marijuana on Twitter. “Is the 21-year-old destined to fall prey to rock ‘n’ roll debauchery, just like her dad?” they ask.

Considering she grew up with the notoriously erratic Courtney Love as her major adult role model, was saddled with one mega-whopper of a daddy issue, and enjoys virtually unlimited financial resources, is smoking and drinking really the worst trouble Frances Bean could be getting into? Raised under similar conditions, I bet 21-year-old me would’ve been doing stuff like injecting coke into my eye socket, running over old ladies with stolen police cars, and sacrificing puppies to Satan. I wouldn’t be embarking on an apparently promising artistic career, as is the case with the young Cobain.

To hell with the tabloids. Let us salute Frances Bean Cobain, and hope she’s enjoying her wine and cigarettes. She seems to know what she’s doing.

By this point, members of Nirvana’s social circle might make more intriguing documentary subjects than he who, as legend has it, smelled like Teen Spirit. Cobain only makes an extended cameo via candid, poignant home video footage in “Hit So Hard,” but this unlikely chronicle of onetime Hole drummer Patty Schemel demands a spot on this list. By zeroing in on her interpersonal relationships and status among the all-time most famous female drummers, director P. David Ebersole deftly avoids framing Schemel’s singular life story as a “Behind The Music”-esque cliche. Not to say there aren’t loads of music industry insidiousness and chemically-induced peril in this flick, because there are. Also, Courtney Love comes off as a total asshole.
The Widow Cobain has taken loads of flak over the years, much of which she arguably brought on herself. However, the conspiracy theory alleging that she arranged for her husband’s murder and a subsequent coverup probably should have never been taken seriously.

Nothing short of a criminal mastermind could execute the elaborate plot investigated in the 1998 Nick Broomfield documentary “Kurt & Courtney” without getting busted. Courtney Love has been arrested far too many times for any reasonable person to believe she’s good at getting away with crimes. These days, she can’t even use Twitter without getting sued.

Had Courtney Love tried to kill Kurt Cobain, or had she tried to hire someone to do the deed, her plan would’ve failed. Today, she would be locked up, and Nirvana would probably still be putting out records. Even Broomfield has more-or-less abandoned the conspiracy by the conclusion of “Kurt & Courtney,” although he does present solid evidence that the former Hole frontwoman might be kind of a jerk.

Plenty of musicians owe their careers to an affiliation with Kurt Cobain, and their names don’t all rhyme with “Grave Mole.” It’s hard to imagine Daniel Johnston would’ve become as prominent had Cobain not endorsed him by wearing a “Hi, How Are You?” T-shirt on MTV. Meanwhile, Eugene Kelly and Frances McKee make no secret that had Nirvana not covered and thereby popularized Vaselines tracks “Son of a Gun,” “Molly’s Lips,” and “Jesus Wants Me For a Sunbeam,” the Scottish outfit wouldn’t have bothered back-peddling on its 1989 breakup. Which means it never would’ve recorded 2010’s underappreciated “Sex with an X.”

Because absolutely no one needs to hear “Nevermind” again, devote your day’s listening to some of Cobain’s quirkier influences. Or just listen to whatever you want, so long as it isn’t Pearl Jam. Listening to Pearl Jam on Kurt Cobain Day would be very wrong.

“That’s exactly what happened with Nirvana – Just a bunch of guys that (sic) had shitty old instruments and they got together and started playing some noisy-ass shit, and they became the biggest band in the world. That can happen again! You don’t need a fucking computer or the internet or American Idol.” – Dave Grohl

Cool story, Dad. Now go eat some prunes and take a nap while we compose dubstep symphonies on our smartphones. With auto-tuned vocals.

Charles R. Cross’s 2001 Nirvana bio “Heavier Than Heaven” calls some aspects of the Cobain mythos into question — whether or not he ever really lived beneath the Wishkah River bridge, for instance. But it also reported some new ones (or new to me when I read the book, anyway). Cobain approached music with an innovative while unfussy philosophy. According to Cross, he did likewise with dental hygiene. Refusing to fall in line and brush his teeth like a corporate sellout, Cobain opted to eat apples, which he found just as effective for keeping his chompers in good condition. While he obviously dealt with his share of problems in life, as far as we know, poor dental health wasn’t one of of Cobain’s major issues.

If a man can live 27 years while cleaning his teeth exclusively with apples, is it possible that brushing your teeth is for suckers?

There’s already been way, way, way too much of that. Watch this instead.
Legend has it that Axl Rose was wildly unpleasant to the entire Cobain family backstage at the 1992 VMAs. I almost included a passage about that here, until I remembered Guns ‘n’ Roses hasn’t been relevant since the mid-’90s, which means most of our target readership demographic have no idea who Axl Rose is. Maybe that’s the way it should stay.