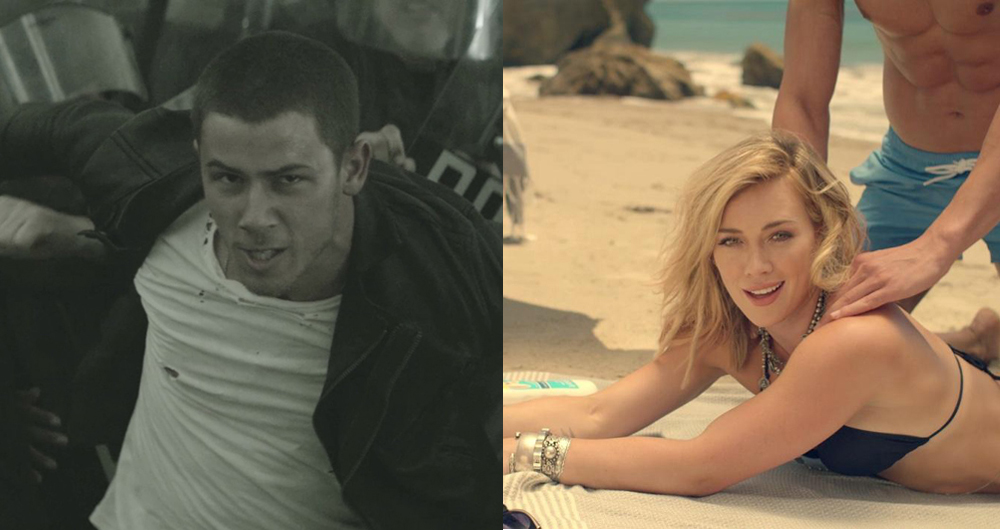 Releasing his first single with Island Records yesterday, Nick Jonas made a sharp break from his previous work with the Jonas Brothers, and later The Administration. “Chains” takes the 21-year-old songwriter’s sound elsewhere, moving his career yet farther away from the Disney incubator. While Nick seems to be building something viable with “Chains,” other Disney Channel stars didn’t make the transition so naturally—including Hilary Duff, who also released a new video this week. For every Miley Cyrus, there was an Emily Osment. For every Justin Timberlake, an Orlando Brown. BDCwire revisits the lost stars of the Disney Channel.

What Works: A scaled-back, darker production quality points to the fact that Nick Jonas does indeed have a voice, and potentially a pretty good solo career in the works.


What Needs Work: The imagery of mohawk-ed youth running against a police barricade, snarling dogs, and a rope-bound, shirtless woman sinking into a pool—there’s no real explanation for any of it. Of course, there’s a tacit understanding that this video is pretty much just meant to signal Nick Jonas got a new label and haircut, but some narrative could actually help here.
What Works: Osment has a far more malleable voice than “Hannah Montana” costar Miley Cyrus, and still has the general approval of moms everywhere.


What Needs Work: “Lovesick” breaks no ground. Cyrus had the twerk. Osment has some dancing men in neon paint. There is no reason in this place.
What Works: Hilary Duff keeps it cool, and more or less picks up her career where she left it off.


What Needs Work: Hilary Duff did not exactly leave off her career in the best place, and all the office cubicle scenes in “Chasing the Sun” just confirm the prevailing sentiment that Duff hasn’t been up to anything too interesting as of late.
What Works: Using a smartphone in 2010—groundbreaking.


What Needs Work: The whole video keeps to the aesthetic of Musso walking around the set of “New Girl.” Musso was still very much captured in the Disney-verse at this point in his career, but there’s no reason to keep it so vanilla. This is literally a video about a boy sending a text message.
What Works: Moving past his two DUI charges, Brown begins to reclaim his image, aligning with a smart cause. A great concept, creating a video about the tough conditions for returning veterans…


What Needs Work: Actually, scratch that—the video’s about dogs. And head bopping. But mostly dogs. Dogs need advocates too, but “HERO” never quite decides on a message.
What Works: The audio. The audio works on this video.


What Needs Work: The music. The music needs work on this video.
What Works: To be fair to the artist, Mr. Massey was never much of a rapper, and “Underdog” wasn’t much of movie either. The two seem to deserve each other.


What Needs Work: Disney imagines a world where flying dogs and child stars peacefully coexist. It’s a brilliant setup for a joke, and the “Underdog” theme song is just a punchline.
What Works: A.J. Trauth and his band Mavin seem to be taking it all in stride, as you ought to when your source content is a vaguely racist show with dragons and talking dogs.


What Needs Work: The whole theme song, apparently. Disney scrapped Trauth’s song in the second (and last) season of the show, replacing Mavin with the Jonas Brothers.