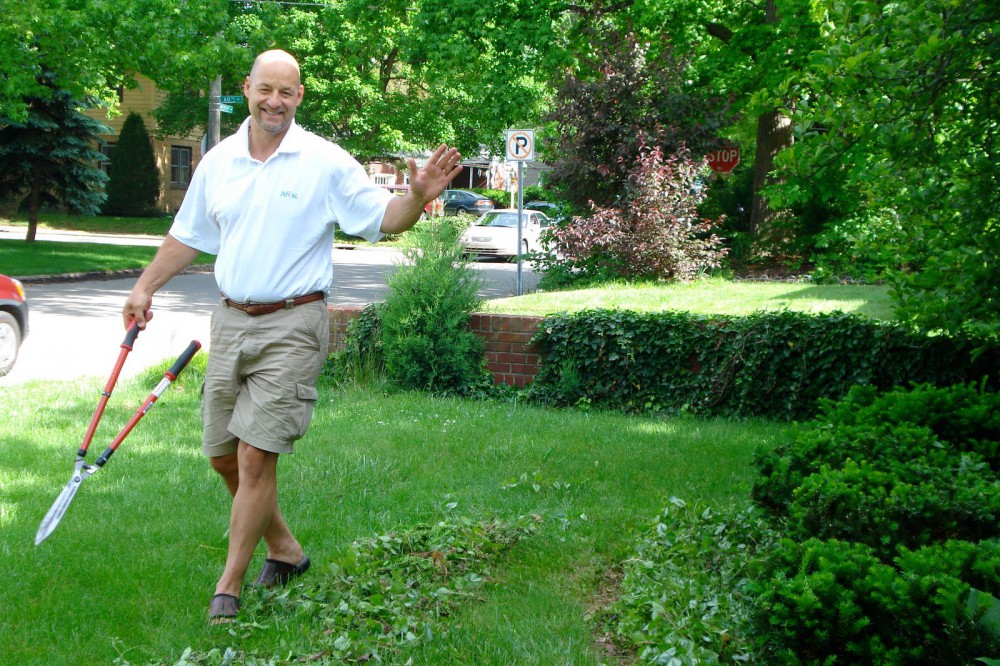 Your dad is a man. A man who inseminated a woman (a woman who is your mom). In fact, he may have done so many times, but the details don’t matter. Dads are basic. The second their loins bear fruit, their list of wants and needs streamline. Which is good news if you’re doing some last-minute Internet shopping.

Since dads are prescriptively old school, we’ve scoured the annals of eBay for some of the best treasures to bestow on the man who taught you everything you know about back hair. Everything on this list is a guarantee to send your dad flashbacking to the days of blue blockers and that rat tail your mother made him cut off in 1993.

But goddamn it, he deserves it, so splurge on the overnight shipping and show your basic-ass old man some love.

Heather Locklear – now that was a woman. The type that could give you wood twice before your got your whitey tighties off. She’s the type that kindled a passion in your father unlike any other. And this 8 x 10 glossy with her John Hancock is sure to make him regret his vasectomy.

At a starting bid of $8.50, this pre-Pornhub relic is selling at 1970s prices. Scoop it before another smart shopper snags this wallet trophy. But don’t tell your mother. This will be a secret between you and your pop.

Your dad hasn’t bought jeans in 25 years, but the last time he did, they were from Sears. Dad jeans are like shark teeth. They go through a cycle of usage. By now, his house jeans are ready to be relegated to yard jeans.

Of course, his current yard jeans will be saved for the day he finally gets around to painting the shed, but if there’s one thing dads love more than using the singular “pair,” it’s a bulk bargain. Fifty smackers for three pair of dungarees that’ll last longer than his first marriage? Done deal.

Whether it’s true or not, your dad will tell you how much tail he used to pull back in his day. And he’ll tell you that it was boss gear like this GnR bullet t-shirt that lead to your conception.

While we never recommend coaxing out details of your dad’s sexual history, he’ll definitely appreciate threads that hearken back to those glory days on Father’s Day. For added effect, buy a size too small and tell him he looks exactly the same as when he was 21.

As a man, when you go in for your first colonoscopy, your doctor writes you a prescription for a pair of banal white cross-trainers. It’s just a fact of growing old. A fact your standard-issue padre knows all too well.

These chalky New Balance sneakers will sub in perfectly for the pair your dad already rocks, thus allowing him to simultaneously gain a new pair of yard shoes (see item 2 on this list).

…But when those jeans and shoes aren’t quiiiiiite ready for yard duty, your family’s basic-as-shit patriarch is gonna need something to prolong the cycle.

This handy stain-killing serum will keep him looking presentable until the point where he goes full Alzheimer’s and doesn’t care that he’s wearing Kentucky Blue from the waste down.

Your dad fuckin’ loves Ken Burns. In fact, he wants to sit down and uncork a 60-year-old scotch with the guy. But he can’t. Ken Burns is too busy narrating all the seminal moments of human history to swill aged liquors with your old man. But this is the next best thing – a near-mint nine-tape library of Burns’ dry-on-dry “Baseball” series.

Plus, anything that gives the ol’ armchair historian an excuse to dust off the VCR should be received with gusto on Father’s Day. Just be sure to clear the room whenever Burns mentions Dennis Eckersley, because the rising tide of testosterone will be enough to stunt your growth.

He might not be rockin’ the facial fuzz he sported back in the ’80s, but unwrapping this pocket-sized bit of masculinity will make father dearest put away the razor. Even if it lands him in the dog house with your mom.

Your dad is basically a stock photo search result for the term “dad,” which means that he’d love to get a new tie for Father’s Day.

But, according to dad logic, more/bigger is always better. This year, make it rain on your white-collar poppa by lacing him a lot of 15 goddamn designer ties. Do they match with any of his shirts? No, but neither do any of the ones he has.