6th annual Winter Ball lets post-grads give back in style 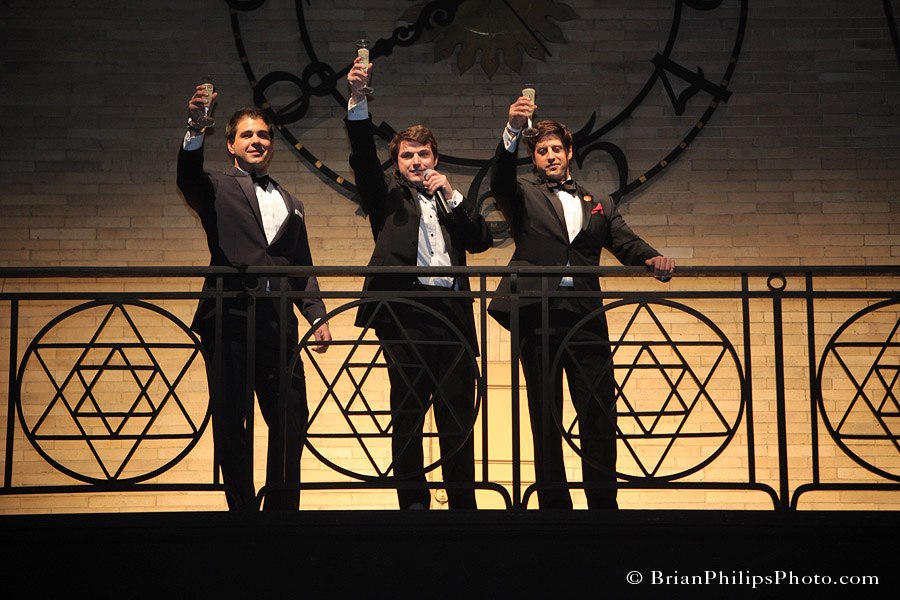 Take a couple hundred yo-pro’s, throw in a ‘Legit’ band, give them a reason to party and you, my friend, have a recipe for a successful winter ball. The 6th annual Boston Winter Ball took place this past Saturday, March 8th at the Fairmont Copley Plaza. Boston’s most eligible young professionals gathered together for a night of dancing, drinks and all around bougie-ness. The ball helps benefit the Boston Children’s Hospital, raising money each year for a specific area of need. This year’s ball helped raise money for The Extraordinary Care Fund, helping families with any additional expenses incurred when traveling to and from the hospital.

The brains behind this benefit ball are Boston College alum’s Michael Kapos, Alex Bain, and Michael Huffstetler. The boys thought of the idea after graduating BC in 2008 in an effort to create a reunion of sorts; little did they know an attempt to keep in touch with friends would turn into an annual charity event, raising nearly 140k per year.* Boston’s equivalent to Donald Trump might not be showing up to shell out a couple grand, but the demographic attracts established 20-30 something’s from Boston and beyond.

I had the chance to sit down with Mike Kapos and two of his committee members, Tommy Greeley and Tom Madonna, to get the details on how some strapping young men decided to throw a fancy fundraiser. When asked about the events inception Mike Kapos laughingly admits “We are pretty candid about the fact that we wanted to throw a party, but when the idea started gaining traction, we knew we could really do something bigger than anticipated. We’ve definitely hit our stride and would love to attend the 50th.” The debut year, the event brought in 600 people and was held at the Fairmont Copley. One of their biggest years had over 1,200 guests in attendance– that’s a lot of bowties.

Don’t let the word ‘young’ deter your perception of the ball. This is not your typical 20 something soirée. You will not find solo cups, cheap beer and ping pong balls, no sir. This Saturday night event is strictly black tie and ball gown-preferred in a glamorous locale. A pretty sweet live band named ‘Legit’ has played since the beginning, and trust me – the group’s name couldn’t be more fitting, playing everything from “Shout,” right up to “Timber.” No date required for all you single folks out there. Ticket prices can get up to $200 which might not be in the budget for some, but those of you looking to experience a night straight out “The Great Gatsby,” I highly recommend dishing out the dollars. And hey, it’s for the kids!

Even though the boys have day jobs, on the side, they have successfully produced six strong years of events with the help of a committee of ten, and some great friends along the way. The event has been so successful that big time sponsors such as New Balance and Poli Mortgage have partnered up with the committee to make their giving that much greater. The Boston Children’s hospital is eternally grateful to the boys and their committee members, honoring them with a commemorative plaque on display in the hospital entrance. A great night for a great cause, the Boston Winter Ball should not be missed.

END_OF_DOCUMENT_TOKEN_TO_BE_REPLACED

Enter to win a pair of tickets to attend The Hess Collection Seminar and Dinner as part of Boston Wine Festival 2018 at the Boston Harbor Hotel on Wednesday, March 14th. END_OF_DOCUMENT_TOKEN_TO_BE_REPLACED

I referred to it as the “best kept secret” in Boston arts for the holidays. END_OF_DOCUMENT_TOKEN_TO_BE_REPLACED

Boston’s arts scene shines at this time of year. END_OF_DOCUMENT_TOKEN_TO_BE_REPLACED

It’s so much more than a holiday show. END_OF_DOCUMENT_TOKEN_TO_BE_REPLACED

Rock for a cause this holiday season. END_OF_DOCUMENT_TOKEN_TO_BE_REPLACED

Get out and see a show this holiday season, and save some money when you do. END_OF_DOCUMENT_TOKEN_TO_BE_REPLACED

You can help give the gift of music to kids in need this holiday season. END_OF_DOCUMENT_TOKEN_TO_BE_REPLACED

Be honest: when’s the last time you attended a Gala? END_OF_DOCUMENT_TOKEN_TO_BE_REPLACED

The October staple returns on the 21st. END_OF_DOCUMENT_TOKEN_TO_BE_REPLACED