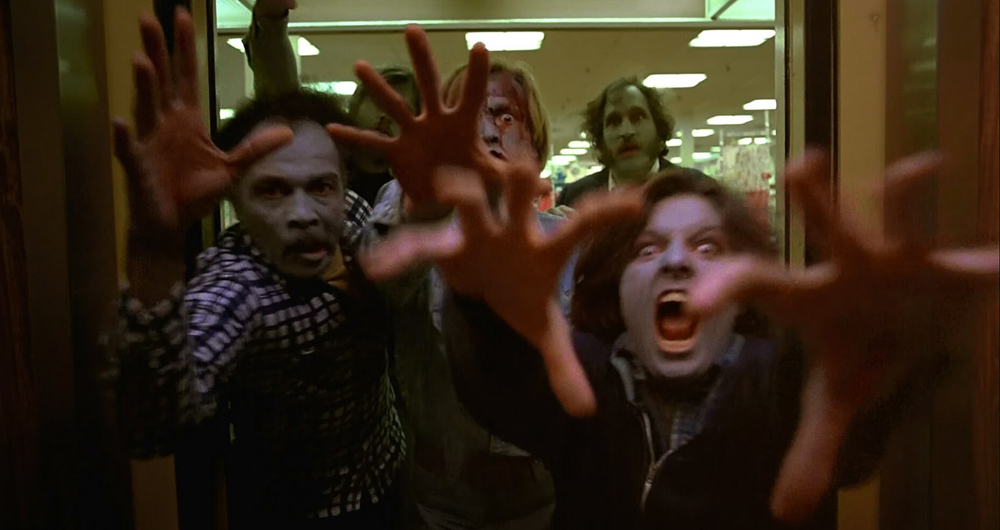 A little over a year ago, horror nerds across the country rejoiced when it was announced that Italian prog-rockers and fright flick soundtrack staples Goblin were reuniting for their first-ever North American tour. And then horror nerds were perplexed when the group split in two as founding keyboardist Claudio Simonetti cut loose with his own version of the group. Now the new group — the latest permutation in forty years of labyrinthine line-up changes and aptly named Claudio Simonetti’s Goblin — Wednesday, July 16 at the Palladium in Worcester to perform their much-loved and highly influential score to George Romero’s “Dawn of the Dead.” In honor of the group’s seminal work, we count down the best zombie soundtracks of all time.

While the original Pet Sematary really only had the titular Ramones track and a boilerplate score by composer Elliot Goldenthal, the soundtrack for the totally unnecessary sequel is surprisingly rad in a totally ’90s sort of wave. Jesus & Mary Chain, L7 and pornstar-turned- pop-also-ran Traci Lords make appearances alongside the “Poison Heart”, the Dee Dee-penned Ramones track that was recorded until after Dee Dee was kicked out of the band. It is a soundtrack that is almost as angsty as Edward Furlong’s performance.
Capping off a decade of zombie-philia, the soundtrack to the Woody Harrelson/Jesse Eisenberg vehicle is as much pop-culture pastiche as its plot. There is plenty of 21st century rock — Raul Malo, The Black Keys and The Raconteurs all get their moment — but it’s the tongue in cheek throwbacks to prior pop moments like Metallica’s “For Whom The Bell Tolls” and Blue Oyster Cult’s “Don’t Fear The Reaper” that make it work.
The 1980s were certainly the high point of low-brow, low-budget cinema — thanks VHS! — and “I Was A Teenage Zombie” certainly fits both of those descriptors. But the budget was so low that they couldn’t afford a star-studded soundtrack, so they crammed with top-notch college rock from The dBs, Violent Femmes and Alex Chilton. Teenage Zombie gets bonus points for including Boston-bred roots-garage rockers The Del Fuegos, arguably the best local band of the era.
Not to be confused with the early ’90s Wesley Snipes film of the same name, this 1974 soundtrack is the funkiest you’ll find in the zombie-genre. While you won’t find any big name stars in the track listing, this voodoo-themed, nightclub-set film straddles the line between horror and blaxploitation and the soundtrack reflects both of those genres that sets the stages for freaky, funky fun.
One of the greatest punxploitation films of all time, the soundtrack to this mid ’80s horror classic hits all the right notes. Featuring freak-psyche legend Roky Erikson, psychobilly legends The Cramps and Boston’s own punk-metal crossover crew Straw Dogs — who you might know as first wave hardcore kids The F.U.s — the ROTLD soundtrack is still tough as nails. But whatever you do, avoid the fourth film in the series unless you are really jonesing for Coolio, Godsmack and a script so terrible you’ll wish you never crawled out of your grave.
Arguably the greatest zombie film of all time, the soundtrack to George Romero’s “Dawn of the Dead” is as terrifying as the score. Written and recorded by Italian prog-rockers Goblin — who had previously worked with horror legend Dario Argento on the classic soundtracks for “Profondo Rosso” and “Suspiria” — the score shifts through moments of dark rock, weird funk and strange synth to create paranoia and overwhelming dread. This is the sound of death by conspicuous consumption, of mid-Cold War malaise and the fear of mall culture as the end of civilization made into enthralling music. Experimental yet accessible, Goblin’s “Dawn of the Dead” is the high water mark for zombie-influenced jams.