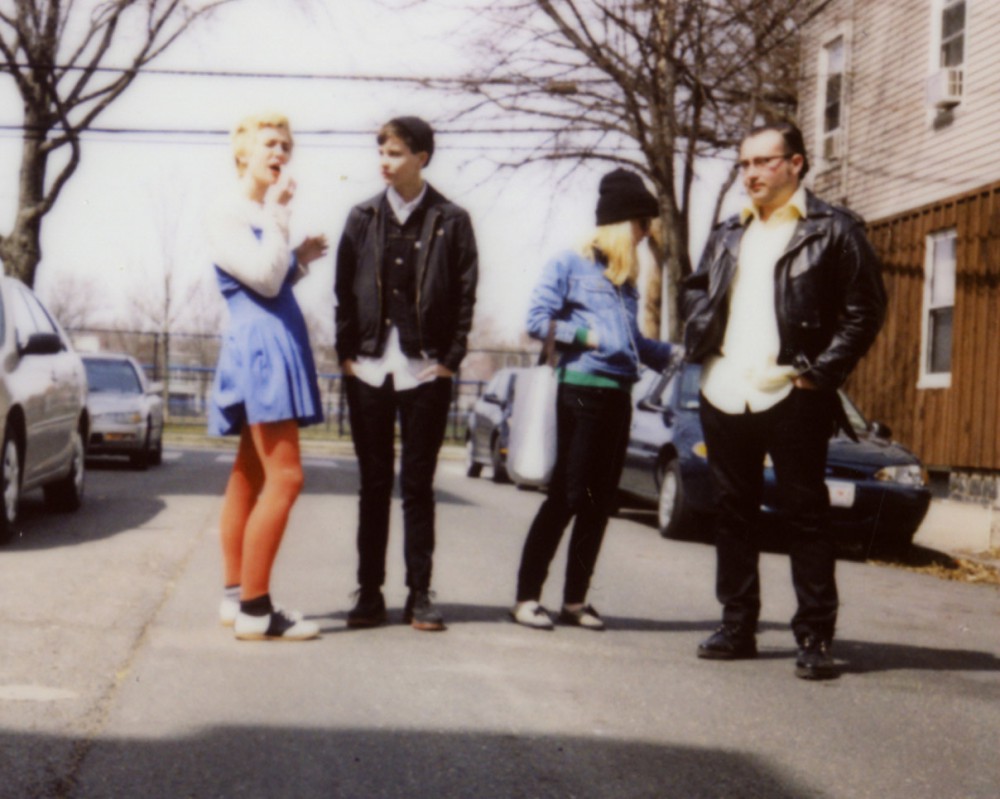 No matter what kind of listener you are, there were some real bright spots for music in 2013. Arguably the best rock music was created by both females and Americans (many of whom fit both descriptions), while the blogosphere had its ear fixed on DJs and producers from across the pond. Hip-hop newcomers brought a fresh take to mixtape culture and small labels boasted tremendously cool rosters. It was an encouraging year that makes 2014 look like a treasure trove of new music. Here are some acts on the national scene to keep on your radar.

RELATED: Check out our list of six local bands to watch in 2014, too.

Ladies definitely won punk in 2013, but one of the names that stuck out toward the end of this year was DC-based quartet Priests. Lead vocalist Katie Alice Greer’s no-holds-barred growl adds a paranoid unsettledness to a post-punk sound that is ferocious but melodic. Now that the band has signed to Don Giovanni records, a label that has had tremendous success with acts like Screaming Females and Waxahatchee, look for more big things from Priests.
Atlanta’s Rich Homie Quan got hot this past summer with his infectious single “Type Of Way,” leading a wave of melody-driven rappers from the same neighborhood that includes Future and Young Thug. His November mixtape “I Promise I’ll Never Stop Going In” has gone viral, teeing him up for a huge drive in 2014.
New York City-based Frankie Cosmos is living proof that recording constantly is still the best way path to popularity. That is, if you’re good. Rather than relying on any label chatter, Cosmos was a bandcamp.com star in 2013, posting a ton of bedroom recordings which gained her a following, especially among fellow musicians. With coy, train-of-thought style songwriting, the gentle-voiced Cosmos not only warms with her own acoustic melodies, but lent a hand in Porches’ standout 2013 release “Slow Dance in the Cosmos.”
Mac DeMarco’s oddball brand of soft rock hit a stride with the hip crowd in 2012 and continued to build into 2013. Fellow Canadian Travis Bretzer has latched onto this movement to a certain degree, but adds an acoustic element that is attractive to fuzz-rockers and neo-folkers alike. This year’s “Making Love EP” was a solid early taste, but now that he’s signed to buzzy label Mexican Summer, expect his next release to hit the masses.
Brooklyn’s Amber Coffman has been recording music since 2007, as a member of Dirty Projectors and Sleeping People, and lending vocal assistance to tracks from J. Cole and Major Lazer. It’s assortment of experiences that should culminate for a really interesting solo debut solo album, which is set to release in early 2014.
Another rap crew sprouting from Atlanta, young trio Migos mixes southern crunk hip-hop with a lyrical humor prominent in verses from northern MCs like Action Bronson and Chance the Rapper. Having collaborated with big shots from Drake to Chief Keef, as well as creeping into the Billboard 100 with the viral jam “Versace,” Migos is off to a hell of a start, but as the team prepares for the release of “Y.R.N. 2” in 2014, prepare yourself for the next level.