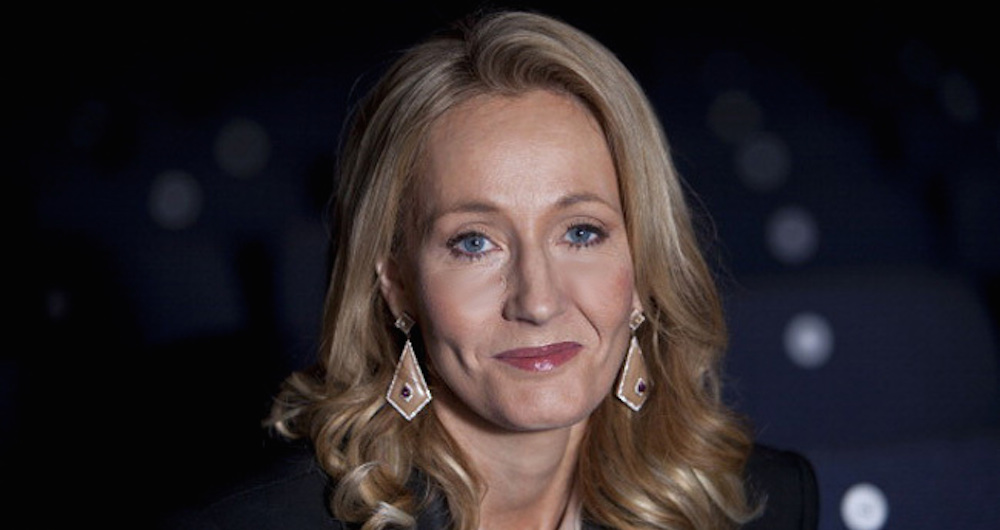 In what has to be a first, Warner Bros. announced a three-film adaptation of a 42-page textbook today. The catch? The textbook, “Fantastic Beasts and Where to Find Them,” is part of the Harry Potter universe, and series author J.K. Rowling will pen the screenplays.

“Beasts,” which Rowling wrote back in 2001, is supposed to be Harry Potter’s personal copy of the textbook by Newt Scamander, which the first-year students study from in “Harry Potter and the Sorcerer’s Stone.” Though the textbook merely describes a series of mythical creatures in the Harry Potter universe, Rowling has a full-length story planned that will follow the textbook’s fictional author. From E! Online:

“The laws and customs of the hidden magical society will be familiar to anyone who has read the Harry Potter books or seen the films,” she explained. “But Newt’s story will start in New York, seventy years before Harry’s gets underway.”

Warner Bros. executives are certainly hoping Rowling can translate her literary magic into film adaptations, bravely committing to three full-length films, instead of the one previously rumored. Rowling will have the assistance of David Yates, who directed the last 4 films in the Harry Potter series.

As if we hadn’t already dreamed of one day getting a letter from Hogwarts, now we know for a fact we were missing out. What other school in this universe or any other fictional universe has 42-page textbooks? Harry’s OWL exams were probably all true-false too, that lucky son of a witch.

Golden Globe and Emmy nominee Benjamin Wallfisch is the composer responsible for the score of the hit movie IT. I talked to Ben about his approach to scoring the new version of this iconic story and his thoughts on film and music overall. Some very insightful commentary; listen in. END_OF_DOCUMENT_TOKEN_TO_BE_REPLACED

Rupert Gregson-Williams is an award-winning film composer. He just so happened to compose the score for this summer’s big blockbuster Wonder Woman. We talked about his beginnings in film scoring, film scores that move and inspire him and, of course, Wonder Woman. END_OF_DOCUMENT_TOKEN_TO_BE_REPLACED

Jeff Rapsis is a New England-based composer and performer. Lately, he’s been creating live musical scores for silent film screenings. I talked to him about his process and a few of his upcoming performances at The Capitol Theatre in Arlington and the Somerville Theatre. You can keep track of where else Jeff is scoring silent films here. END_OF_DOCUMENT_TOKEN_TO_BE_REPLACED

Planning on seeing Rogue One: A Star Wars Story when it opens this weekend? I joined Adam 12 to give you an idea of what to expect. But don’t worry, I didn’t give anything away. END_OF_DOCUMENT_TOKEN_TO_BE_REPLACED

My first Field Trip (of hopefully many) was over half-a-decade in the making. END_OF_DOCUMENT_TOKEN_TO_BE_REPLACED

Melanie Gillespie is an author and the founder of Mel O’Drama School of Acting in Milton. She was in studio this morning to talk about her latest book Darlene and the Drama Queen and how acting can help kids to develop confidence. END_OF_DOCUMENT_TOKEN_TO_BE_REPLACED

Boston Author Lauren K. Stein says her new book ‘Fresh Made Simple‘ was inspired by cooking in the kitchen with her daughter Abigail. The book isn’t just for kids, though. Listen as she describes the book and as we sample some of the recipes. END_OF_DOCUMENT_TOKEN_TO_BE_REPLACED