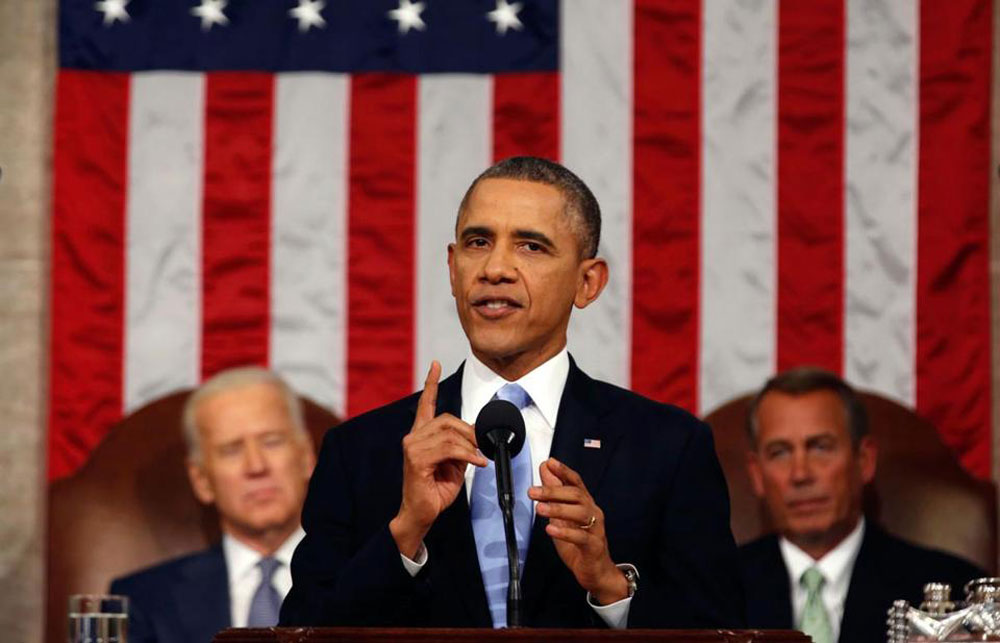 It took over an hour, but President Barack Obama delivered his sixth State of the Union address last night. As would be expected, the President spoke with remarkable eloquence about programs and policies that he will have a very hard time convincing this divided Congress to enact. As he laid out his legislative agenda for the coming year, I couldn’t help but think what my life would look like, as a millennial living in Boston, if the president could wave a magic wand tomorrow and bring into being every policy he mentioned in the State of the Union. A lot of the things he talked about (like the wind down in Afghanistan and negotiations with Iran) won’t affect me personally, but some others could make the lives of young people in the Hub much better.

In the first half of the speech, Obama called out Congress’s shortsightedness in slashing federal research funding last year and asked it to repeal those cuts as soon as possible. Because of our large number of hospitals and research universities, Boston was badly hurt by these cuts. If federal funding returned to 2012 levels tomorrow, it would be a huge boon to researchers on both sides of the Charles. The commute to Kendall Square on the Red Line would still suck, but the high paying jobs at the host of biotech firms created to profit off of Boston’s scientific expertise certainly wouldn’t.
One of many requests that Obama made to members of Congress over the course of the night was that they figure out a way to reform the federal student loan program. Under the current system, many recipients have their payments capped at 10 percent of their income (how generous). In our brave new world, everyone’s debts would be drastically reduced. But seeing that we all have fancy new jobs at pharmaceutical start-ups, we probably wouldn’t qualify for those programs anyway.
Obama moved to a discussion of gender inequality with these words: “Today, women make up about half our workforce. But they still make 77 cents for every dollar a man earns. That is wrong and in 2014, it’s an embarrassment.” He’s right. This is a national embarrassment, and one that shouldn’t require a magic wand to solve, even with a Congress as fractured as this one.
It would be strange of Obama to make an important speech and not address his signature legislative achievement — the passage of the Affordable Care Act. He did it toward the end, when he called on America’s most effective lobbyists — our mothers — to get young people to sign up for Obamacare. “…tonight, I ask every American who knows someone without health insurance to help them get covered by March 31. Moms, get on your kids to sign up. Kids, call your mom and walk her through the application. It will give her some peace of mind – plus, she’ll appreciate hearing from you.” While this vision of the future would be a little strange for me (generally it was my dad who called me and yelled at me about signing up for Obamacare), the beauty of this policy is that Obama can check it off his wish list without having to push through the House of Representatives. Last I checked, I didn’t need congressional approval to call my mom.