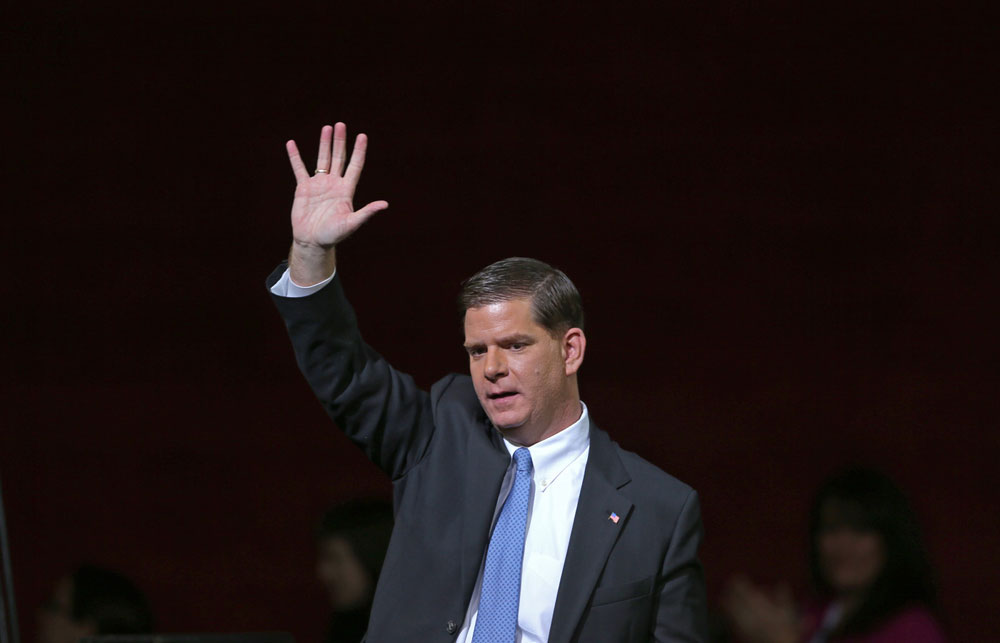 As of 11:26 this morning — at least according to the official inauguration schedule — Boston has a new mayor. And amid all the pomp and circumstance at Boston College’s Conte Forum, Marty Walsh took the opportunity to lay out his mission statement for his first term in office. Like most inaugural speeches, Walsh’s was long on sentiment and short on specifics. And as would be expected, most of the things he did talk about were promises he made while on the campaign. But the speech did have a couple of characteristics worth mentioning.

Walsh has an agenda, and it revolves around public safety, schools, and housing. Historically, Boston mayors have been made and broken on their ability to achieve concrete, limited goals. Walsh seems to understand this. He is focused on a couple of things, like finding a new school superintendent and lowering the violent crime rate. Menino was a rock star when it came to the concrete improvements like these, but he was also notoriously thin-skinned and overly-controlling, especially in regards to large development contracts. If Walsh want’s to build on Menino’s legacy, he is going to have to figure out a way of accomplishing his agenda without slowing down the other stuff.
Walsh has a core constituency, but he still took the time to address issues in his speech that were generally associated with his competitors in the mayor’s race. For example, he talked about the need to reform Boston’s permitting process. He also spoke about rethinking how we use some of the city’s under-utilized spots, like the Strand Theatre in Dorchester. Both of these are positive steps. Hopefully, they don’t get lost in the shuffle while Walsh is tackling school reform and public safety.
Walsh talked quite a bit about economic development, but he only mentioned downtown corporations and the tech sector in passing. Instead, he talked about ways of encouraging economic growth in all of Boston’s neighborhoods. So if you were hoping that Walsh’s first term would lead to a tech renaissance in town, you’re probably going to be disappointed — or at least, it will happen without Walsh’s making it a major policy point. Walsh’s focus on small businesses is certainly a worthy goal, but one that probably won’t benefit young folks in the city as much.
This seems like a stupid point to make, but it is worth noting that Walsh is excited about the challenges he’s facing, and more importantly, the city that he’s leading. Boston is going places — with or without him — and his successes will be in large part determined the extent to which he realizes that. A mayor who is psyched about his or her city’s prospects is more like to get out of the way when needed. Previous mayors didn’t have that luxury — the city needed a real change in direction in the ’70s and ’80s, and there was legitimate concern that Boston’s slip into decline would be permanent if drastic steps weren’t taken. The fact that Walsh sees Boston as a place that doesn’t need to be turned around by strong government intervention bodes well, both for the city and the mayor’s agenda.