2014 is The Year of the First Pitch, For Better or Worse 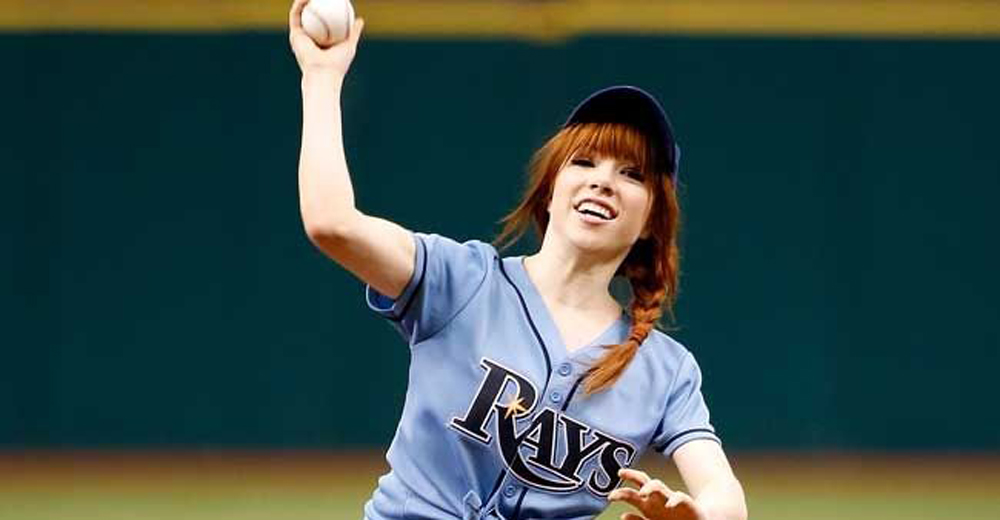 Is it purely coincidence that the current baseball season has been marked first and foremost by strange and hilarious first pitches? So far this year, Sox fans have seen a no-hitter from a pitcher formerly our own, a rivalry heat up with our friends at The Trop, and the announced retirement of one of our fondest rivals, yet the most eyes have been drawn to the MLB this season thanks to a terrible throw by washed-up rapper 50 cent.

There was a time when the two staple pre-game ceremonies– the singing of the National Anthem and the throwing of the first pitch– were two very separate honors. The former being an opportunity for new talent to see a bit of the limelight, even using it (while honoring our country, of course) to spread awareness about his or her own recent work. The latter, however, was once an opportunity for the team, the crowd, and the organization to honor community heroes, do-gooders, and folks who deserved a bit of goodwill and applause.

Now I’m not saying that the cat who saved that little boy from a dog attack isn’t a hero, but I can confidently say that the first pitch that it threw at a recent Bakersville Blaze game garnered the most attention that the single A team has ever received in its entire existence. Pretty sure Robocop hasn’t contributed to society since 1987, and even then it was fictional. Didn’t stop Detroit from recruiting some random dude in a Robocop costume to toss out the first pitch (with poor mechanics I might add) to promote the recent remake, which was released on DVD yesterday.

The first pitch was once the type of thing that would make my mom say “that’s nice” when she would come to baseball games. Now, even mom knows that it’s the latest way that marketing has gotten its money-grubbing hands on our national pastime and given it a shakedown. Maybe baseball, in its own right, just isn’t entertaining enough anymore. Maybe we only have patience for one pitch– a pitch from someone who clearly doesn’t even know how to throw. It’s a conundrum that plagues the minds of “what’s left” of “real baseball fans.” That said, did you see the one a couple weeks ago where the dinosaur threw out the first pitch? Classic!!!

The Black and Gold continue their run tonight at TD Garden. END_OF_DOCUMENT_TOKEN_TO_BE_REPLACED

Who will make the Class of 2018? END_OF_DOCUMENT_TOKEN_TO_BE_REPLACED

It’s been awhile since we talked Black and Gold. END_OF_DOCUMENT_TOKEN_TO_BE_REPLACED

You’re going to wish you were in the Northern Alps. END_OF_DOCUMENT_TOKEN_TO_BE_REPLACED

END_OF_DOCUMENT_TOKEN_TO_BE_REPLACED

Bill might be “on to Tennessee,” but we’re not. END_OF_DOCUMENT_TOKEN_TO_BE_REPLACED