20 years after ‘Reality Bites,’ is there an equivalent for Millennials? 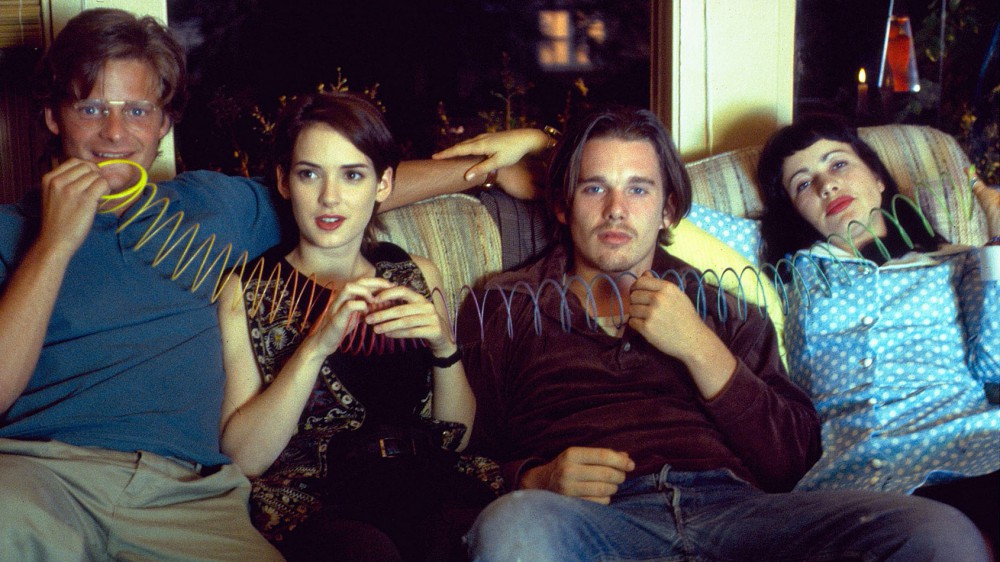 This week marks the 20th anniversary of the release of “Reality Bites.” Ben Stiller’s film, which starred Winona Ryder and Ethan Hawke, spoke to Gen-Xers in the fragile post-grad state, when the working world seemed like a bore and love seemed confusing. It was a commercial portrayal of early-20s life that encompassed the sentiments of “the dream is over” defeatism and “whatever forever” indifference, and helped quell the anxieties of young professionals across the country.

Two decades later, the film still holds up, but in a more nostalgic than relevant way. This begs the question, has there been a “Reality Bites” equivalent for Millennials? Probably not, but here are a few options that may come close. What do you think, is there a film from the past 10 years that can be considered our generation’s “Reality Bites”?

Twenty-something? Check. Super relevant indie soundtrack? Check. Crippling guilt, anti-depressant drugs, living in the past, and love between two damaged souls? Check. “Garden State” may be a bit extremist, and appealed to more of a cult audience, but it includes themes that Gen-Y sad-sacks could identify with and slightly broken characters that they could relate to. It also provided hope that any Zach Braff-looking dude could land a gal like Natalie Portman.
You and I are nothing like Mark Zuckerberg, but we may be more like Jesse Eisenberg than we would think. Sure, this true story may be drenched in millions of dollars, but the power struggles and insatiable hunger for notoriety, money, and control are all themes that are unfortunately prevalent among the first generation raised by the Internet. The true plot that shines, however, is the ability to find and realize one’s true self among the overload of distractions along the way.
Also based on a true story, this film may not be able to count, seeing as it documents a post-grad in the early ’90s. But the message, while an extreme one, reflects the attitude that saying “fuck it” and moving off the grid may be preferential to getting roped into the herd of sheeple. Unfortunately, that attitude doesn’t get the main character too far, but along the journey, he shares sentiments that any frustrated Millennial would agree with.
This one might also be cheating a bit because it follows high school seniors instead of college students, but “Superbad” was both undeniably hilarious and sympathetically bittersweet. The sleeping bag scene between two drunken childhood friends will always remain a classic, but the anxiety surrounding uncertainty is balanced out by a heavy dose of reckless fun along the way.
Again, it may be a high school movie, and perhaps more comparable to our generation’s “Clueless,” but “Mean Girls” was a hilarious reminder of how social pressures make us so goddamn awful towards each other and how important it is to keep your head screwed on straight despite urges to destroy.
Maybe this quintessential film hasn’t been created yet because we’re experiencing these themes through television instead. For many, HBO’s “Girls” paints the perfect picture of life after college and balancing love-life confusion with professional-life angst. For others, the comedic approach of “Workaholics” or the new hit “Broad City” is the finest portayal of 9 to 5 slackerism. The less-stressed types might find “How I Met Your Mother” to be an even-headed voice perhaps more comparable to “Friends” than anything. No matter what poison, it’s clear that television is picking up the slack.