20 years after ‘Crooked Rain,’ Stephen Malkmus is as influential as ever 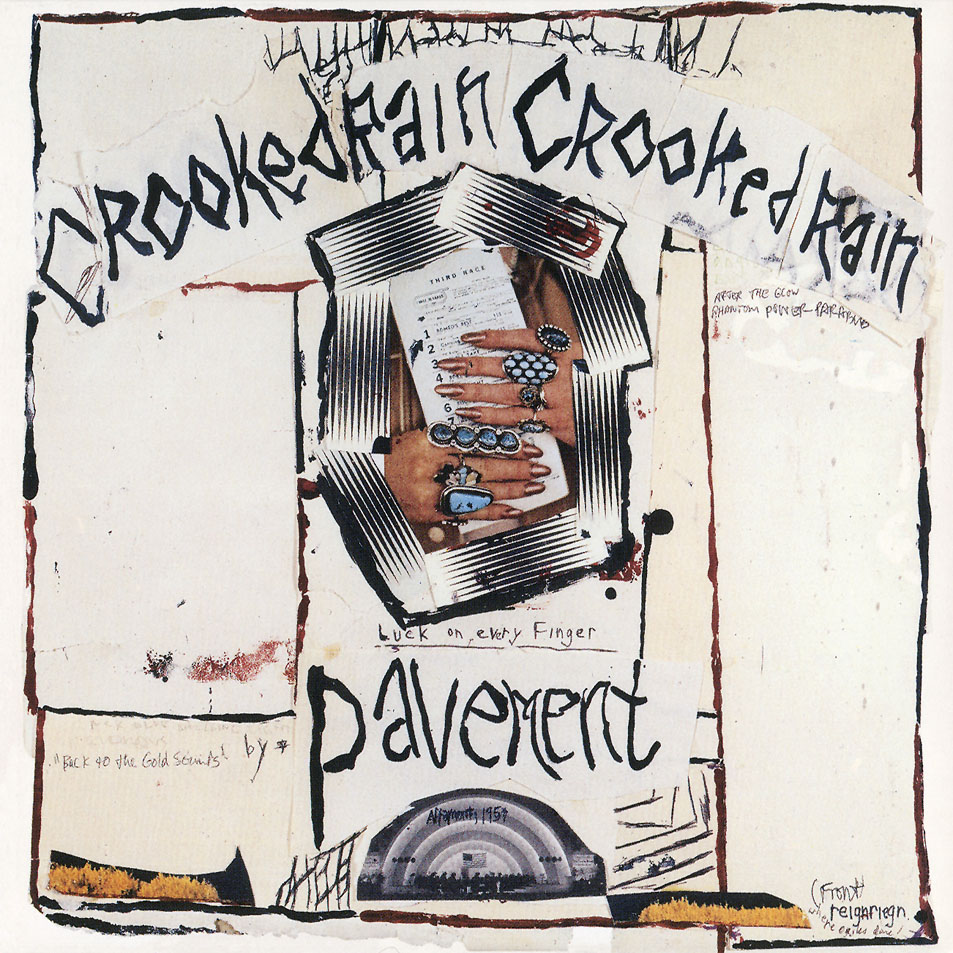 On Sunday, the world celebrated the 50th anniversary of The Beatles taking the stage on the “Ed Sullivan Show.” Earlier this month, we looked back on the 20th anniversary of Green Day’s release of its seminal album “Dookie.” Now today, we celebrate 20 years of Pavement’s breakout record “Crooked Rain, Crooked Rain.”

These are three very different albums, but they exemplify three degrees of influence to the burgeoning rock musicians of our generation. Songwriters often credit their parents’ selections, which may range from Beatles and Stones albums to Motown greats, as their initial exposure. Musical self-discovery typically comes later, say, around the middle school or early high school years. As Mean Creek’s Chris Keene wrote in his Green Day piece, “I had listened to a lot of music before Green Day, but ‘Dookie’ was the first music I actually heard.” For others, alt-rock radio play may have been responsible for exposure to songwriters like Nirvana’s Kurt Cobain, Pearl Jam’s Eddie Vedder, and Smashing Pumpkins’ Billy Corgan, maybe even bands like Weezer or Blink-182.

But the tertiary level of influence arrives when music starts being shared among peers, on mixtapes or burned CDRs or file transfers. Around that time, young artists begin to write music of their own. For today’s rising indie rockers, such influential songwriters may have included Elliot Smith, Radiohead’s Thom Yorke, The Pixies, but one of the biggest inspirations that continues to be mentioned is Stephen Malkmus. For many, Pavement’s “Crooked Rain, Crooked Rain” was the foot in the door.

For its time, the album was the perfect mix of palatable and obscure, the precise balance of angsty and grounded, and an appropriate rise to maturity for post-grunge Gen-X’ers. There’s defeatist frustration, indifference, and bittersweet nostalgia to the record. Perhaps the track that best exemplifies such sentiments is “Gold Soundz,” which Pitchfork named the No. 1 song of the 1990s in a 2010 countdown. Pop charm, nonsensical lyrics that somehow seem cohesive, and a beautifully simple guitar breakdown together give the song quintessence for its time and legs as music culture has continued to change. As Josh Epstein of Detroit duo Dale Earnhardt Jr. Jr. puts it, “‘Gold Soundz’ was probably the one that, as I became a musician, influenced me the most in terms of how it was so loose and kind of harkened back to this Bob Dylan-y kind of way of making music.”

The album as a whole, however, has never collected dust. Malkmus’ songwriting and guitar playing have been replicated by countless artists for the past 20 years. His scattered lyrical prowess, confusing on many levels, yet aligning at the perfect angles, is a standard that many have tried to live up to since. The assortment of alternate tunings and styles that switch from discordant to jangly on the dot have been employed in various forms over the years as well. Young bands like Skaters, Parquet Courts, and Deerhunter, even those within the local scene like Speedy Ortiz and Idiot Genes, would be lying not to admit their affinity for Malkmusian styles.

The influence of the record has remained sturdy thanks to Malkmus too, who continues to put out excellent and relevant music that is mentioned in the same breath as bands half his age. His most recent, “Wig Out at Jagbags,” was released last month to very favorable reviews from the likes of Rolling Stone and Pitchfork. After six solo albums on top of five with Pavement, Malkmus continues to show fearlessness in his songwriting, not aiming to necessarily become that first or second-level influence, but remaining an artist that requires some form of discovery.

There’s no denying that the ’90s produced its share of memorable records. But the truly great ones have continued grow, not just in importance, but in relevance. As Malkmus himself writes in “Gold Soundz,” “You can never quarantine the past.” But with an album like, “Crooked Rain, Crooked Rain,” the most vivid memories can be frozen in time.

Enter to win tickets to see Trio Da Kali at The Villa Victoria Center of the Arts (Newton, MA) on April 10th. END_OF_DOCUMENT_TOKEN_TO_BE_REPLACED

END_OF_DOCUMENT_TOKEN_TO_BE_REPLACED

Enter to win tickets to Rhye at The Paradise on February 28th. END_OF_DOCUMENT_TOKEN_TO_BE_REPLACED

Her new album has been pushed back, but we have Kimbra’s new single for you. END_OF_DOCUMENT_TOKEN_TO_BE_REPLACED

The folk duo returns with a new record this week. END_OF_DOCUMENT_TOKEN_TO_BE_REPLACED

Now that we’re done looking back at 2017, let’s look ahead at 2018. END_OF_DOCUMENT_TOKEN_TO_BE_REPLACED

Our first Song of the Week for 2018. END_OF_DOCUMENT_TOKEN_TO_BE_REPLACED

In a year when so many things were off, the music was right on. END_OF_DOCUMENT_TOKEN_TO_BE_REPLACED