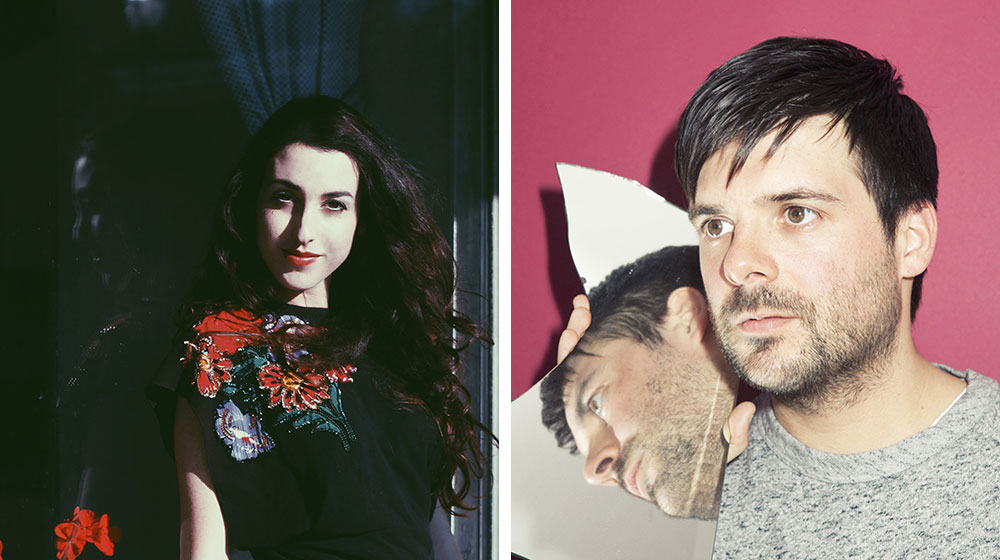 Two of Boston’s prettiest soothsayers, Marissa Nadler and Gem Club, will take the stage at the Sinclair, playing a rare evening of baroque emotionalism at the Harvard Square scuzz hall this Thursday with Faces on Film.

This year, both artists made a big splash on the national stage with well-praised albums – Nadler’s “July” and Gem Club’s “In Roses” – but, with the two uniting on a local bill for the first time, we figured we’d give them the chance to strip away all the Pitchfork adulation and get a bit more personal. You know, since it’s home and all.

Nadler and Gem Club lead man Christopher Barnes agreed to go Dutch on a game of 20 questions, with each wispy-vocaled crooner taking up 10 AMA-style prompts to give Boston locals a look into the person behind the microphone. Like a couple giddy middle schoolers trading probes at a sleepover, Nadler and Barnes asked each other about their pet peeves, guilty pleasures, and deepest fears.

Oh, and they talked about their music, too. But just a little bit. 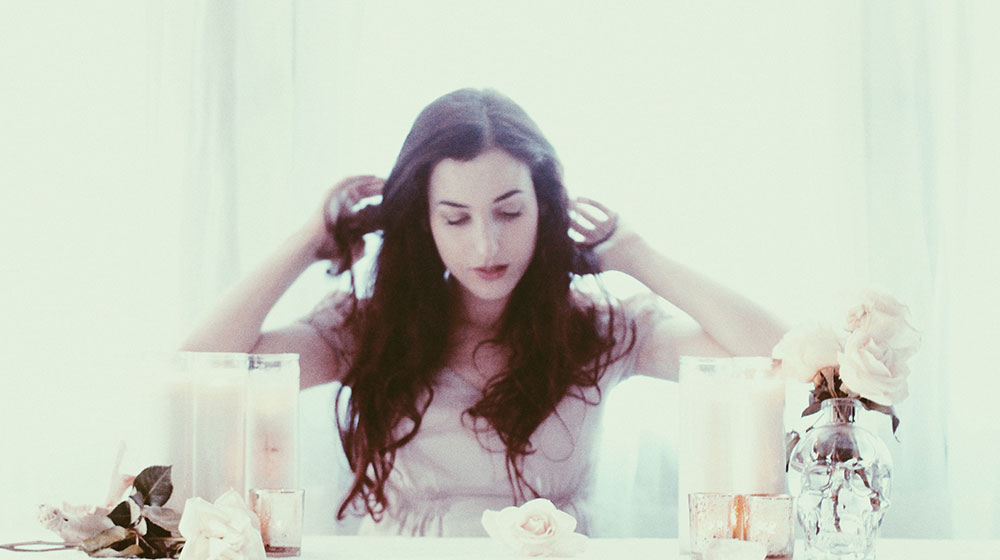 1) If you could collaborate with any artist, dead or alive, who would it be?

I’d love to work with Neil Young. Then again, I’d also love to lend ambient vocals to soundtrack a David Lynch film. I love what Jim Jarmusch has been doing with his own music as well as the use of music for maximum evocative effect in his films.

2) What is your spirit animal?

Probably some kind of cat. Cats are good at being independent.

3) If you could choose any career (besides professional musician) to pursue, what would it be?

I’d be a painter. I’m also a fine artist, in addition to being a musician, so it would mean just putting more time into my art.

4) What’s the last album that you got and couldn’t stop listening to?

Patti Smith’s “Horses.” It’s one of my favorite records and I definitely get on kicks where it’s all I listen to. That and Kate Bush’s “Hounds of Love.”

5) What’s the worst thing about being on tour?

The lack of good sleep. I do enjoy touring, though. To be able to get to play music for a living and see the world is something that I never thought I would be able to do, and I’m eternally grateful for the opportunity.

6) What is the last movie that legitimately scared you?

“Melancholia.” I love Lars Von Trier. I think that the concept of the world ending is obviously pretty terrifying.

7) What’s the most annoying adjective that people use to describe your music?

Oh, I don’t really mind what words people use to describe the music as long as they take the chance to listen and formulate their own opinions. Music writers shouldn’t have more power than our own ears.

8) What’s the best piece of advice someone ever gave you?

To trust my instincts. I think, as a musician, it’s really easy to over intellectualize the writing process. The songs and albums that I’ve written that I’m most proud of have been when I squash the self-judge-y voice in my head and just go for it. This concept goes for a lot more than songwriting.

9) Who is one band or musician that you’ve always wanted to see live but never have?

Pink Floyd or Led Zeppelin in their glory days would have been amazing. I’m pretty rooted in classic rock, I have to admit.

10) What’s your favorite venue that you’ve played in Boston? Why?

I really enjoyed the Red Star Union show/behind the album series that they are doing. They put so much care into their productions, and it’s like a little hidden speakeasy. They do a great job creating atmosphere with lighting that truly heightens the live experience and the sound is impeccable. 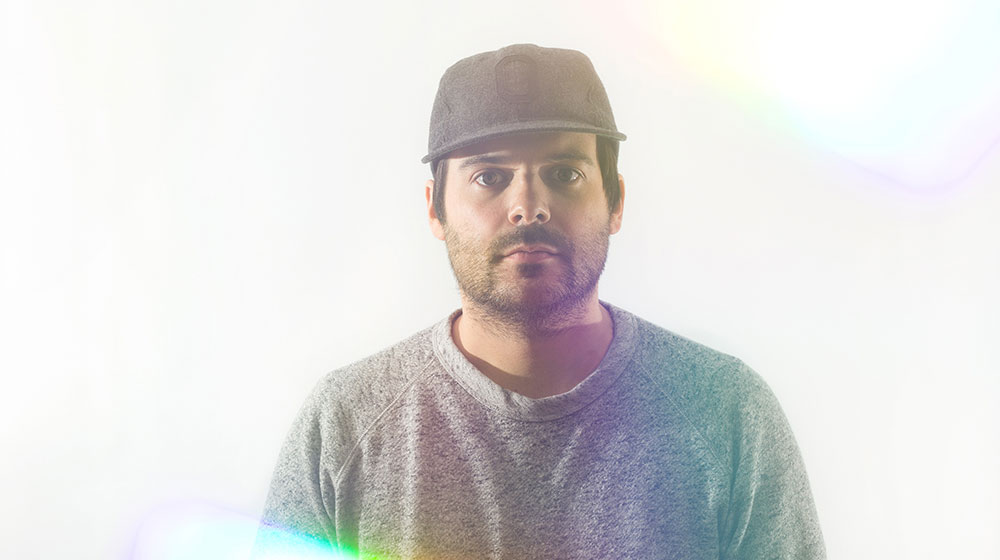 2) Who/what is your biggest non-musical influence?

I watch a lot of films. It’s sort of a habit from when I got sober years ago. I used movies to distract me from going out at night in the beginning. Now it’s just morphed into this weird habit where I have to have the television on at night. Usually I try to make sure something is in the background. A couple of tracks off the new record were inspired by film. The instrumental track “QY2” on “In Roses” was my sort of re-scoring of the opening sequence of Gregg Araki’s film “Nowhere.” And the song “Braid” was very much inspired by the David Weissman documentary “We Were Here” about the AIDS crisis in San Francisco.

I don’t really have a summer guilty pleasure album. I listen to Howard Stern pretty regularly, which might be a guilty pleasure. Sia was on the other week and she performed “Chandelier,” only it was a really stripped down version with just vocals and a piano. It was gorgeous. She was sort of mumbling her way through the verses. It was kind of unhinged. I loved it. I’m looking forward to hearing the rest of her record when it comes out in July.

4) What’s one of your biggest phobias or pet peeves?

I think it’s really gross when people blow their nose at dinner.

5) What’s the worst job you’ve ever had in your life?

Oh man. I worked at a Panera one summer in high school. I don’t think I need to go into explicit detail.

6) What’s your favorite song to play live? Why?

I think that can change from night to night. We’ve been reworking songs for live performances and the songs themselves have grown and developed since they were put to record. I think “In Wavelengths” and “Breakers” are the best examples of that from the first LP. Lately, I’ve been having a lot of fun adding percussion to “Idea for Strings” from “In Roses.”

I think the obvious answer is likely “Twin Peaks.” If I wanted to give something a little more unexpected – have you heard the opening to Lars Von Trier’s TV series “The Kingdom?” It’s very Rammstein.

8) If you could collaborate with any artist, dead or alive, who would it be?

This is hard, I think, because there are so many musician I admire. P.J. Harvey. Kate Bush. Gordon Sharp from Cindytalk. Jeff Buckley. Tindersticks. A Winged Victory for the Sullen. Wolfgang Voigt.

9) What’s the worst show you ever played in your career?

Early on, there was a show of ours at a bar here in town. I won’t name names. We performed the entire first couple of songs with the sound guy standing a couple feet from us just watching and nodding his head along while I was singing and playing the piano and Kristen was playing her cello, yet there was no sound coming through the PA – the piano, the cello, the vocals, nothing was making any noise. So I guess picture me quietly singing into space in the middle of a crowded noisy bar. If you’d like, we can go out together sometime, and I can recreate the performance for you.

10) What’s your least favorite album from your favorite artist?

Is this where I reveal to everyone that I love Tori Amos? There are many albums of Tori’s that I don’t really get along with, so I’m going to take this opportunity to discuss the records of hers that I’m madly obsessed with – “Little Earthquakes,” “Under the Pink,” and “Boys for Pele.” I’ll give you some of “Choirgirl” too.