140 Character Feedback: Is Meeting the MBTA on Twitter Worth It? 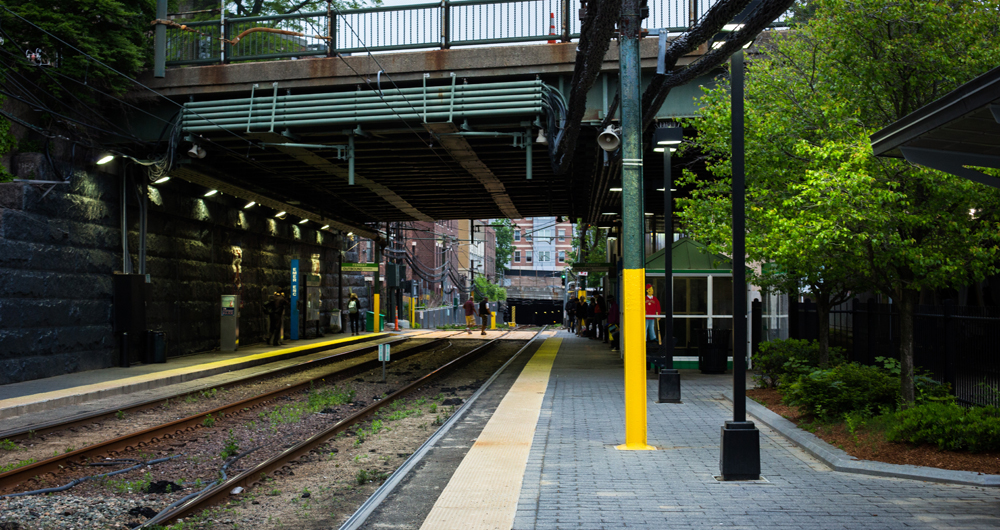 Boston’s public buses and subways, like most mass transit systems, are in a constant state of upkeep. Trying to get an inestimable mass of people from place to place in a standardized manner is a job that requires attention to many moving parts.

Like the other four of the five biggest rapid transit systems in the US (New York, Washington DC, Chicago and San Francisco) the Boston MBTA operates a Twitter account. The @MBTA account reports delays, construction and other information about the Boston T system. In addition, @MBTA occassionally seeks to address assorted other improvements, as seen here:

@BostonMoxley Hello. Could you please tell us what stop and route this is on?

@BostonMoxley Thanks for the additional information. We have forwarded this to our supervisors and are investigating now.

Tangibly measuring the broad impact of the @MBTA Twitter account isn’t an easy task, though. Beyond the assumed necessity of having an account, the question of what the MBTA’s potential with social media is and how they’re working to achieve it doesn’t seem to have a clear answer.

Of course, Twitter is an imperfect method of communication, but consistency and purpose can go a long way in helping an organization communicate with a large population. While the MBTA’s delay alerts are a mainstay, their other posts and activity can be a bit unpredictable. In early November, Boston Magazine highlighted a case of the MBTA account getting into a back and forth about grammar, a reminder that the tweets are posted by a human capable of feelings and distractions.

I happened across the @MBTA account most recently without seeking it out. The #7 bus to South Station that I was on had been detoured by a police barricade, and the driver had pulled over with no idea where to go. Rather than try to convince the driver of the best route to take (like some people did), I chose an equally futile response and tweeted about the detour.

MBTA #7 bus from Seaport to South Station got detoured and now the driver has no clue where we are.

There is no avoiding the fact that my motives with this tweet weren’t productive. I didn’t intend to improve the situation, only to give a pedestrian update on my day. Had I wanted to really help out, I would have tagged @MBTA in my post. Nonetheless, I got the MBTA’s attention and they responded to me in less than a minute. I waited until the bus eventually arrived to respond and let the MBTA know that their help was appreciated, but that things were under control. It wasn’t an unpexpected situation, but it left me wondering about the potential for that conversation.

It’s worth considering the MBTA’s day-to-day Twitter outreach and whether it can improve conditions for the groups of people who use the bus and subway systems. My experience and the case of their argument about grammar show that at least some of the MBTA’s efforts on Twitter will be futile if their goal is to address everyone who tweets about them. Because parsing the legitimacy of the information must be an overly laborious task, the operators of the MBTA’s Twitter seem to forgo a distinct process when responding. While this approach isn’t unheard of, it’s hard to imagine that the population level impact matches the number of conversations. Tweets like this one, this one and my own show that the connecting with partially anonymous and disconnected sources leads to a lot of dead ends.

To be fair, any attention to complaints and requests by the organization is progressive, and they can certainly be successful in addressing hyper-personal issues by connecting directly with riders. Direct connections to help individuals seem to have been productive, as seen here and here. The odd truth, however, is some portion of their current approach is proactive, and geared toward mining information from individuals to help groups. Experiences like mine might indicate that the method of seeking information by sorting through keyword tweets is too inefficient to be useful.

For now, the most functional way for the @MBTA account to impact the larger population is to be a relatively consistent source of delays and updates for subway trains. As the MBTA workshops their process for sourcing and addressing tweets, I anticipate a more consistent mission in their outreach, but the primary takeaway is that the mass transit system is actively working to participate in one-on-one communication.